Phivolcs: Nothing unusual about Pinatubo after quake 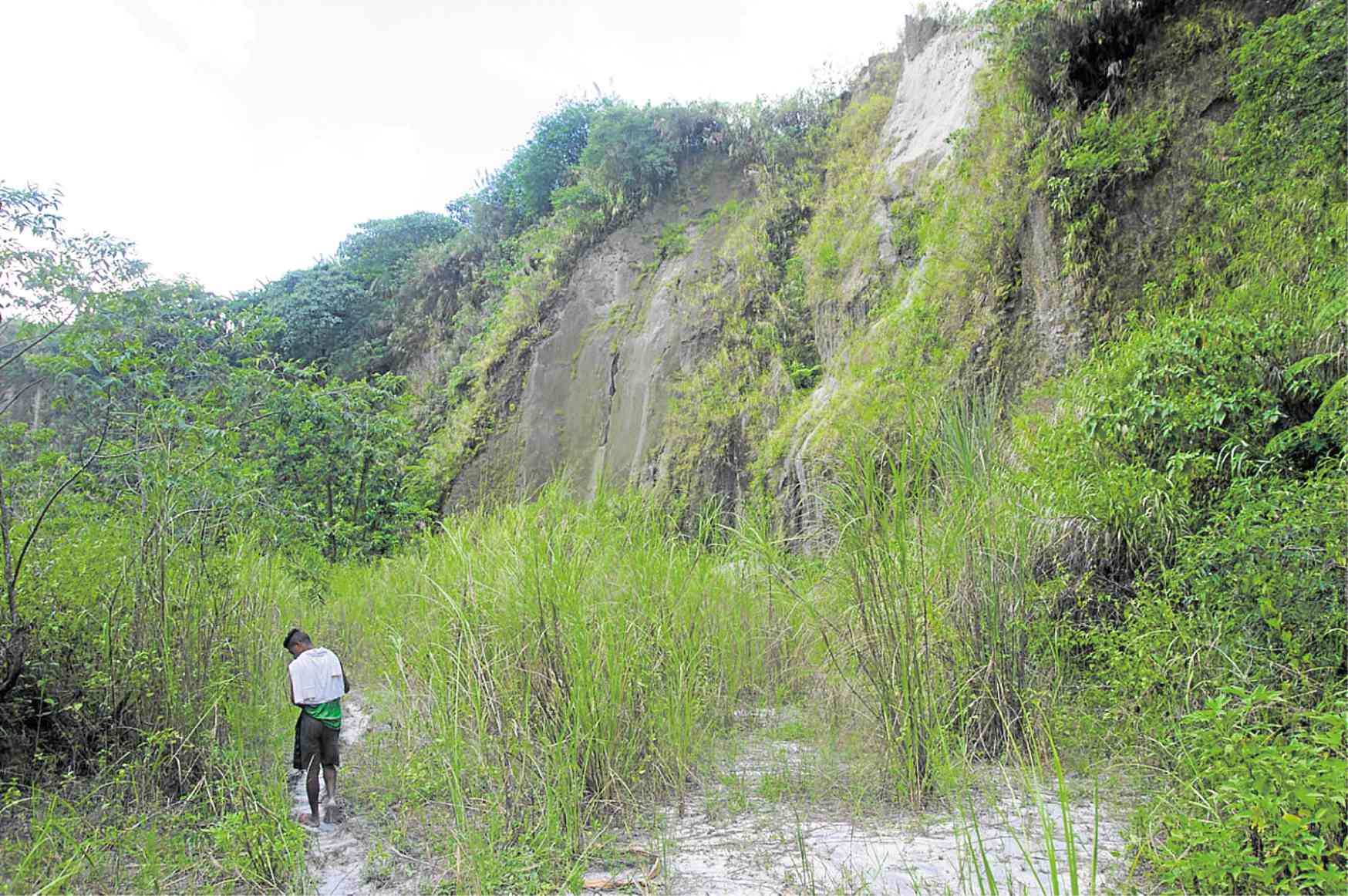 CITY OF SAN FERNANDO, Philippines — The 6.1-magnitude earthquake that shook Luzon on Monday has fueled fears of another eruption of Mt. Pinatubo as Aetas at Barangay Inararo in Porac town, Pampanga province, reported seeing steam explosions near the volcano.

Aeta leader Ric Guiao on Wednesday said he saw “smoke” coming from a mountain close to Mt. Pinatubo since Tuesday.

“The mountain that is letting out smoke can be seen from Barangay Nabuclod in Floridablanca. You can also see water that is dammed from the Gumain River,” Guiao told the Inquirer.

Allaying fears of a new eruption, Undersecretary Renato Solidum, chief of the Philippine Institute of Volcanology and Seismology (Phivolcs), said earthquake sensors for Pinatubo showed “nothing unusual” about the volcano and the steam or smoke that may have been observed could be swirling dust created by falling rocks.

Solidum reported on the initial findings made by a team he sent to Barangay Inararo, the nearest village to the volcano.

Mt. Pinatubo is in the boundaries of Pampanga, Tarlac and Zambales provinces.

According Phivolcs, the epicenter of Monday’s quake was in Castillejos town in Zambales.

Science and Technology Secretary Fortunato de la Peña said the Zambales quake was not caused by a volcanic activity.

De la Peña, who briefed President Rodrigo Duterte here on Monday, said there was a low probability that another quake with a higher magnitude would occur from the same source.

He also said the magnitude of the recent earthquake was not strong enough to generate a destructive tsunami.

“The epicenter of the earthquake is inland. The tsunami threat for Zambales and Pampanga would come from the movement of the Manila Trench, located west of [these] provinces,” De la Peña said.

Mt. Pinatubo started showing restiveness on April 2, 1991. The violent eruption on June 15, 1991 led to the closure of US military bases, displaced 1.3 million people and damaged P10 billion worth of infrastructure.

Solidum said Monday’s earthquake should not be seen as a precursor to another blast.

“Pinatubo was ready to erupt with gas-rich magma already present before the 1990 earthquake. It erupted in 1991 and it will take 100 years for it to accumulate enough gas-rich magma to cause an explosive eruption like [in] 1991,” he said.

“The situation then in 1990 and now in 2019 is different. Nonetheless we are not discounting possible small eruptive activities that is why we are maintaining a monitoring station,” Solidum added.

He said the 6.1-magnitude earthquake caused rockfalls and landslides on Pinatubo’s summit, wafting loose ash into the air.