Mother wakes up after 27 years in a coma | Inquirer News

Mother wakes up after 27 years in coma, calls out son’s name 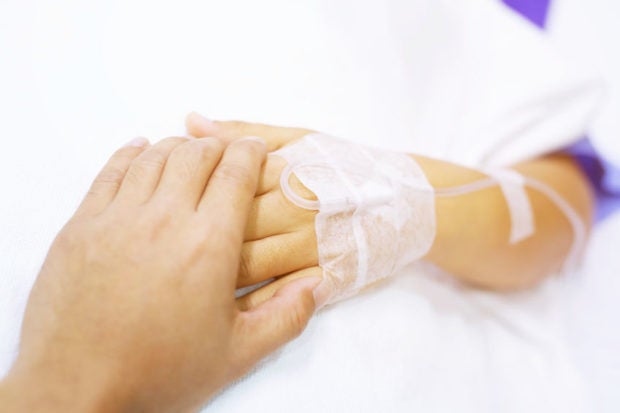 A woman from the United Arab Emirates woke up after 27 years in a comatose, calling out her son’s name when she regained consciousness.

Munira Abdulla miraculously survived a serious brain injury that put her in a coma for 27 years. According to a report by The National on April 22, Abdulla was involved in a car accident with her son and her brother-in-law in 1991. Her son, Omar Webair, was 4 years old when the accident happened.

“My mother was sitting with me in the back seat. When she saw the crash coming she hugged me to protect me from the blow,” Webair was quoted as saying.

Webair walked off with a bruise, while Abdulla lied unconscious — a state she remained in for almost three decades in a hospital in Al Ain, U.A.E. During those years, Abdulla was tube-fed and received physiotherapy to keep her muscles intact.

Webair, now 32 years old, visited his mother daily, saying, “I never gave up on her because I always had a feeling that one day she will wake up.”

True enough, during her treatment in Germany, which was sponsored by the Abu Dhabi Crown Prince Court, Abdulla regained consciousness in June 2018.

Webair suspected that she had overheard an argument in the hospital room, which “caused her a shock.” Three days later, Abdulla woke up calling her son’s name.

“It was her. She was calling my name. I was flying with joy. For years I have dreamt of this moment, and my name was the first word she said,” Webair said in the report. The now 59-year-old gradually became more responsive, as she engaged in conversations and recited prayers with Webair.

Abdulla is currently recovering in Mafraq hospital in Abu Dhabi. The hospital previously reported that “[she is] currently able to communicate in a very reasonable manner, especially in familiar situations.”

Webair let his mother’s story become a lesson to those in the same situation: “I shared her story to tell people not to lose hope on their loved ones. [Do not] consider them dead when they are in such a state.” Casey Eridio/JB