Gutoc: Duterte dishonors Marawi by saying he won’t spend for its rehab 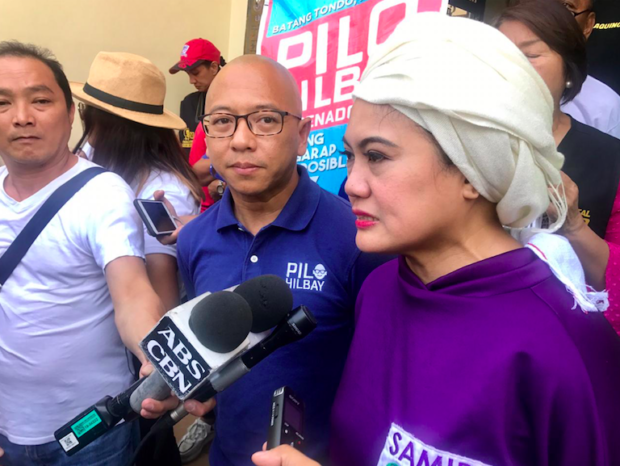 MANILA, Philippines — President Rodrigo Duterte has dishonored the city of Marawi, its residents, and all the soldiers who died defending it when he said that he would leave its rehabilitation to the city’s wealthy businessmen, senatorial candidate Samira Gutoc said.

Gutoc, a civic leader from the devastated city, said Wednesday that letting business people handle the rehabilitation projects is a “lousy excuse” for the government’s “lousy effort” in rebuilding the city.

“Mr. President, with due respect, you dishonor Marawi and the memory of those who perished in the Marawi siege, even the soldiers you sent there. This is a lousy excuse for the lousy effort this administration has been giving to rehabilitate Marawi,” she said in a statement.

The senatorial aspirant also claimed that Duterte has a responsibility to rebuild Marawi, especially since he decided to bomb the city, allegedly without consulting its people.

“It breaks my heart to hear the President’s words that he has really no intention to fund the much-delayed, much-sought rehabilitation of Marawi two years after he made the order to rain bombs and pulverize my beloved city without even consulting the people who live in it,” Gutoc explained.

(Many of us cannot go home anymore because you decided to destroy our city in 2017.)

Duterte said in a briefing that in areas affected by the Zamboanga quake, the government should not spend for rebuilding properties owned by private companies.

Instead, he said will leave the responsibility to rich people with big businesses, including those involved drug-related activities.

“The people there have a lot of money. Every Maranao, there is a businessman. Those who are into shabu (crystal meth) are included. They have money. The debate here is whether I would also be building the same kind that they lost. I don’t think I am ready for that,” the President said.

According to Gutoc, she does not understand what Duterte is driving at since many affected residents are not wealthy.

(Not all Maranaos are wealthy. This is a fourth class city and one of the poorest regions in the country.)

She also insisted that rebuilding war-torn cities is a responsibility of the state.

“Mr. President, it is your responsibility to the people of Marawi to fast-track the rehabilitation. Not doing so knowingly and deliberately means a betrayal of public trust and abandonment of your sworn duty and oath to the people of this country,” she added. /ee