Duterte dared: Be bold against China and its invasive actions, too |

Duterte dared: Be bold against China and its invasive actions, too 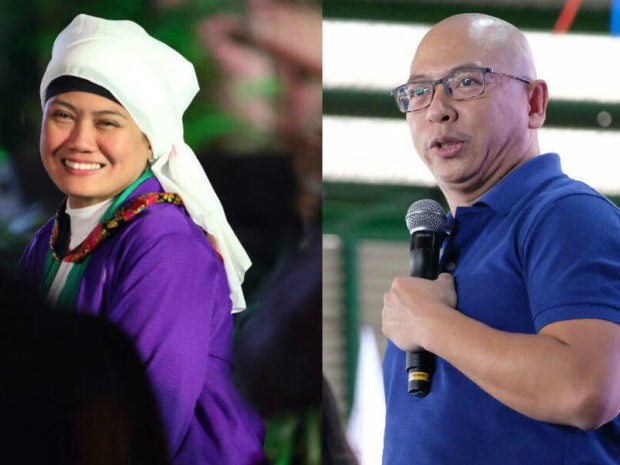 BINMALEY, Pangasinan — Opposition senatorial candidates on Wednesday downplayed President Rodrigo Duterte’s threat of war against Canada, challenging the Chief Executive to be as bold in calling out China and its intrusive actions in Philippine territories.

Marawi civic leader Samira Gutoc said Duterte should also flaunt his strong political will not just on the garbage issue with Canada but also on the maritime dispute with China.

“Totohanin nya ‘yung political will nya against China. Canada has been a friend to immigrants kagaya ng Filipinos. Garbage is an issue but the territories as well (is an issue),” she pointed out.

The President on Tuesday threatened war against Canada for its continued failure to take back its garbage that was intercepted by the Bureau of Customs between 2013 and 2014.

READ: Duterte to Canada: Take trash back or else I’ll declare war

“I want a boat prepared. I’ll give a warning to Canada maybe next week that they better pull that thing out or I will set sail, doon sa Canada, ibuhos ko ‘yang basura nila doon,” the President said during a speech in San Fernando Pampanga.

For Hilbay, the President’s “outrageous” threat was a mere “distraction” from more important issues.

Hilbay also said Duterte should seek a compromise on territorial dispute and other issues with China during the latter’s meeting with Chinese President Xi Jinping this week.

Gutoc then urged Duterte to assert for the rights of the Filipinos over the West Philippine Sea.