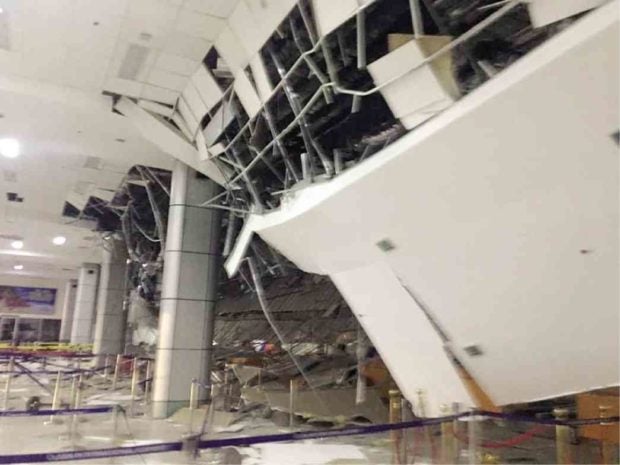 MANILA, Philippines – The Clark International Airport management on Wednesday bared that it is investigating the possible use of substandard materials in the facility

Parts of the airport terminal collapsed after a magnitude 6.1 earthquake rocked parts of Luzon on Monday.

Sixteen fatalities have so far been reported – 15 in Pampanga and one in San Marcelino, Zambales.

Melo said the airport management has yet to review the financial losses from daily operations due to the temporary suspension of flights while the facility was being repaired.

The airport is scheduled to resume i operations on Wednesday at 4 p.m.

Melo added that “everything is [now] safe” in the airport.

“Chineck po namin ang building and everything. Safe po ito for the passengers (We checked everything. It is now safe for passengers),” he assured. /gsg