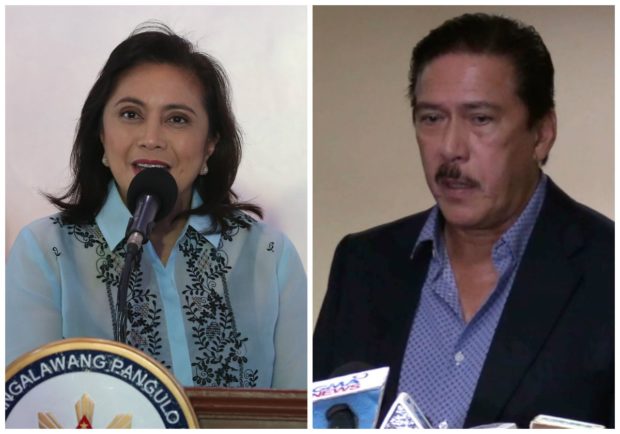 MANILA, Philippines — The net satisfaction rating of Vice President Leni Robredo rose from “moderate” to good in the first quarter of 2019, according to the latest Social Weather Stations (SWS), the results of which were released on Tuesday.

The survey showed that 63 percent of adult Filipinos are satisfied with Robredo’s performance while 21 percent are dissatisfied.

The SWS said that Robredo’s rating improved after an increase by 26 points in Balance Luzon, 17 points in the Visayas, and 2 points in Mindanao, negating the Vice President’s 2-point decline in Metro Manila.

Robredo’s rating also increased among residents of both rural and urban areas, and all basic socio-demographics except among the 18-24 year olds.

According to the survey, 71 percent of adult Filipinos were satisfied with Sotto’s performance while 10 percent said they were dissatisfied.

Sotto retained his “very good” rating in Balance Luzon, Visayas, Mindanao, and Metro Manila; and in all basic socio-demographics.

Arroyo garnered a net satisfaction rating of –17 after only 29 percent of the respondents said they are satisfied with the House Speaker’s performance with 46 percent saying they were dissatisfied.

Bersamin, meanwhile, retained his “moderate” performance at +14 despite having three-point increase from his +11 rating in December 2018.