Robredo on new destabilization matrix: Is this one reliable? 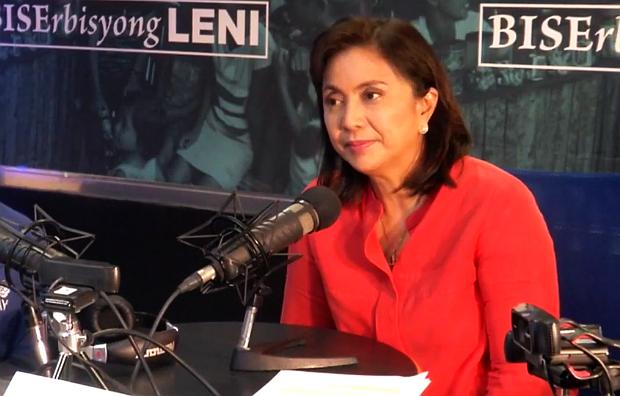 MANILA, Philippines — Vice President Leni Robredo doubts the veracity of a matrix linking journalists and human rights lawyers to a destabilization plot, noting that previous one released by Malacañang proved to be unreliable.

On Tuesday, during an interview with reporters in Marawi in Lanao del Sur, Robredo asked whether people should believe this matrix considering that the first alleged destabilization plot — which included her — proved to be fake, as acknowledged even by administration officials.

“This is the second matrix. If you remember, in the first destabilization matrix I was included. And it wasn’t true,” she said in Filipino.

“So what are the chances that this too is unreliable? Preferably, before anything like this is put out, it should first be studied thoroughly. As I said, in the first one my name was included. But I had nothing to do whatsoever with their accusation.”

Last 2018, Robredo was implicated, along with establishments like fast-food chains and telecommunications companies, as those who would want to remove President Rodrigo Duterte from office. The list was shared by former Davao City Vice Mayor Paolo Duterte, son of the President

However, Malacañang itself distanced from the accusation, with Defense Secretary Delfin Lorenzana calling it fake news.

On Monday, Malacañang confirmed the existence of an ouster plot, after the chairman emeritus of a national broadsheet ran a story about a matrix linking members of media firms and the National Union of People’s Lawyers (NUPL) to journalist Ellen Tordesillas.

Online website Rappler, the Philippine Center for Investigative Journalism (PCIJ), the National Union of Journalists in the Philippines, and NUPL have denied the accusation.

Robredo dared authorities to file cases against the people allegedly involved if they could present sufficient evidence to support the charges.

“It’s not good to just cast suspicions without any basis,” she said.