A Brazilian mixed martial artist pummeled a man after he allegedly refused to stop fondling himself while watching her during a beach photo shoot. 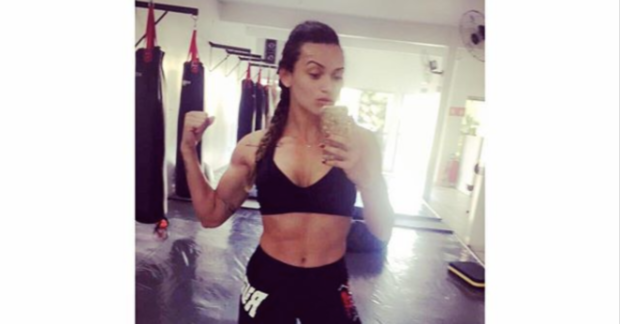 Joyce Vieira, 27, was at a Rio de Janeiro beach posing for a swimsuit shoot on April 8 when she noticed a man nearby, reported Folha de São Paulo via Deadspin on Friday, April 19.

When she approached him, she said his pants were down and his penis was erect as he made moaning sounds.

While she had not intended to use her mean martial arts moves in jiu-jitsu, Muay Thai and boxing outside of the ring, the amateur fighter’s skills were put to use when the man challenged her.

When she called him out on his lewd act, the man told her, “Why don’t you like it? Come here.”

Vieira approached him to deliver punches and kicks, and when the man tried to fight back, this fueled her anger even more.

“[His] punch made me even angrier. I wanted to kill him,” she was quoted by Folha de São Paulo. She said the man began screaming and eventually ran away.

Pictures of the incident show Vieira in a one-piece swimsuit striking the man in black shorts.

The suspect has been identified as 27-year-old Josinei Ferreira. He was arrested after Vieira filed a report with local police.

PH among ‘most dangerous’ places for women