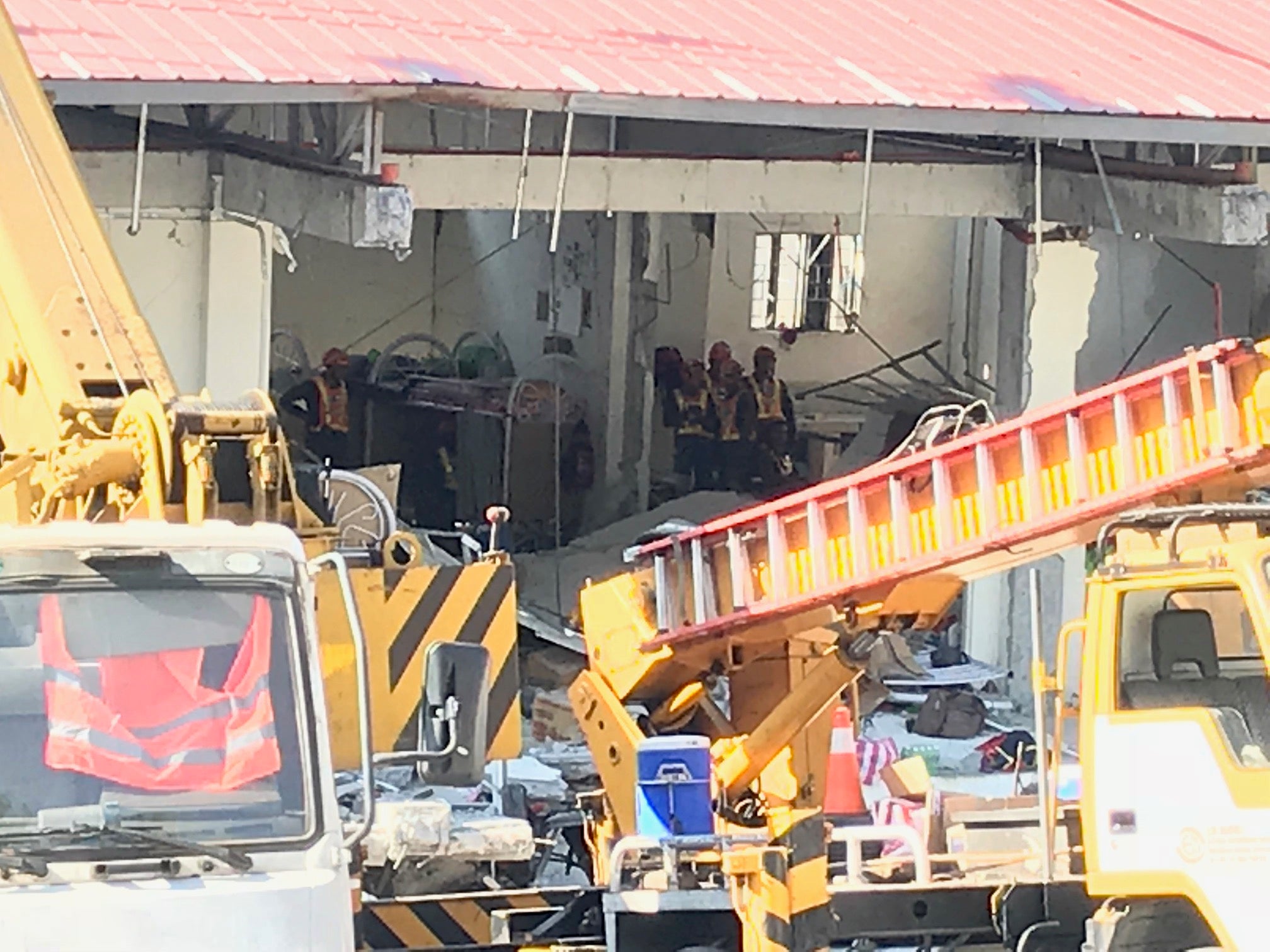 ALL PHOTOS BY FAYE ORELLANA, INQUIRER.net

PAMPANGA, Philippines — Retrieval operations continued on Tuesday afternoon after the Chuzon supermarket here in Porac, Pampanga collapsed due to the magnitude 6.1 quake.

Personnel from the Philippine Red Cross and Bureau and Fire Protection are also helping in the retrieval operations. 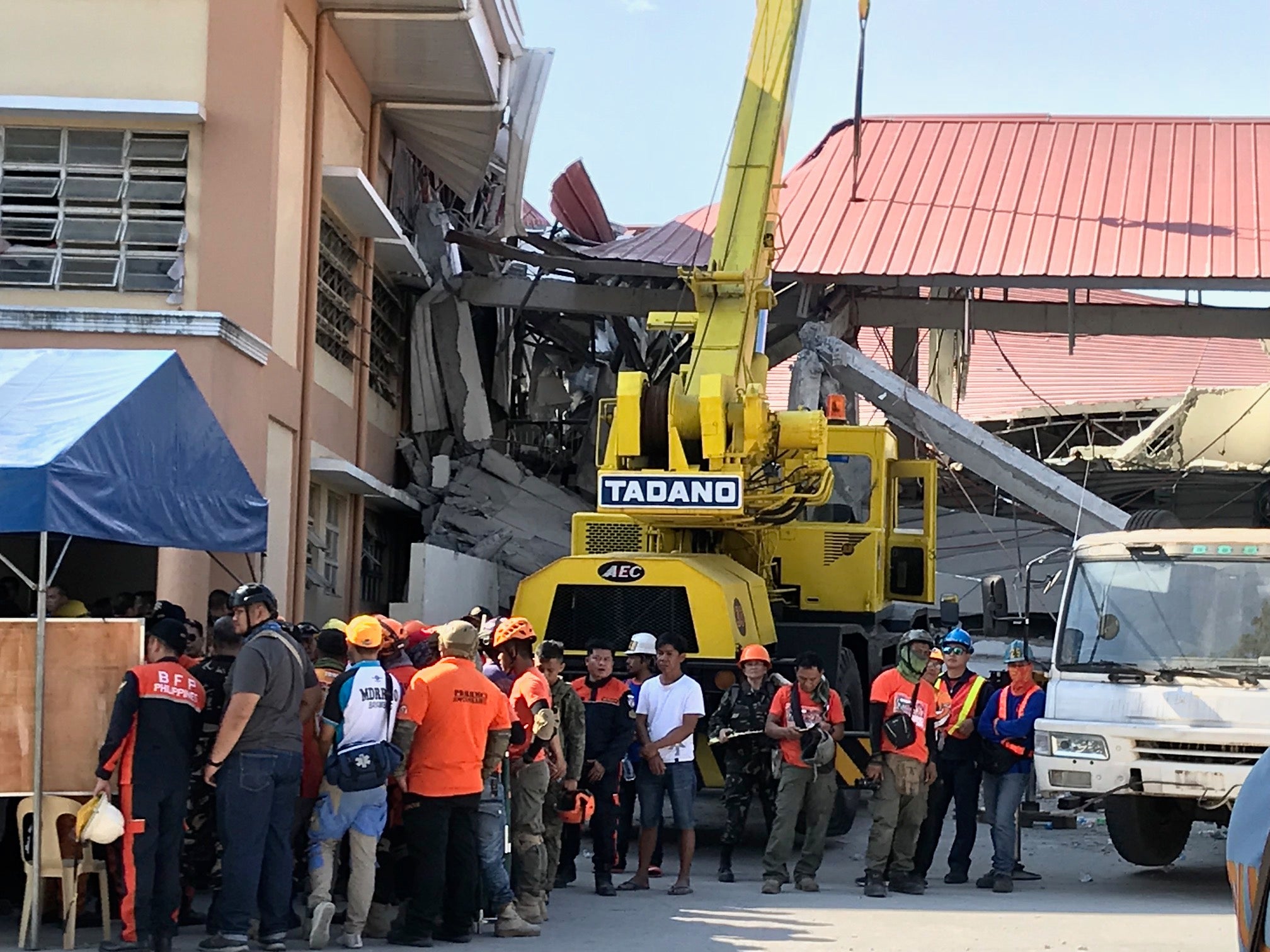 According to authorities, five have been confirmed dead and nine others were injured. At least one individual was also believed to be trapped inside the damaged facility.

Rescuers, however, heard that two persons are showing signs of life beneath the establishment. /je 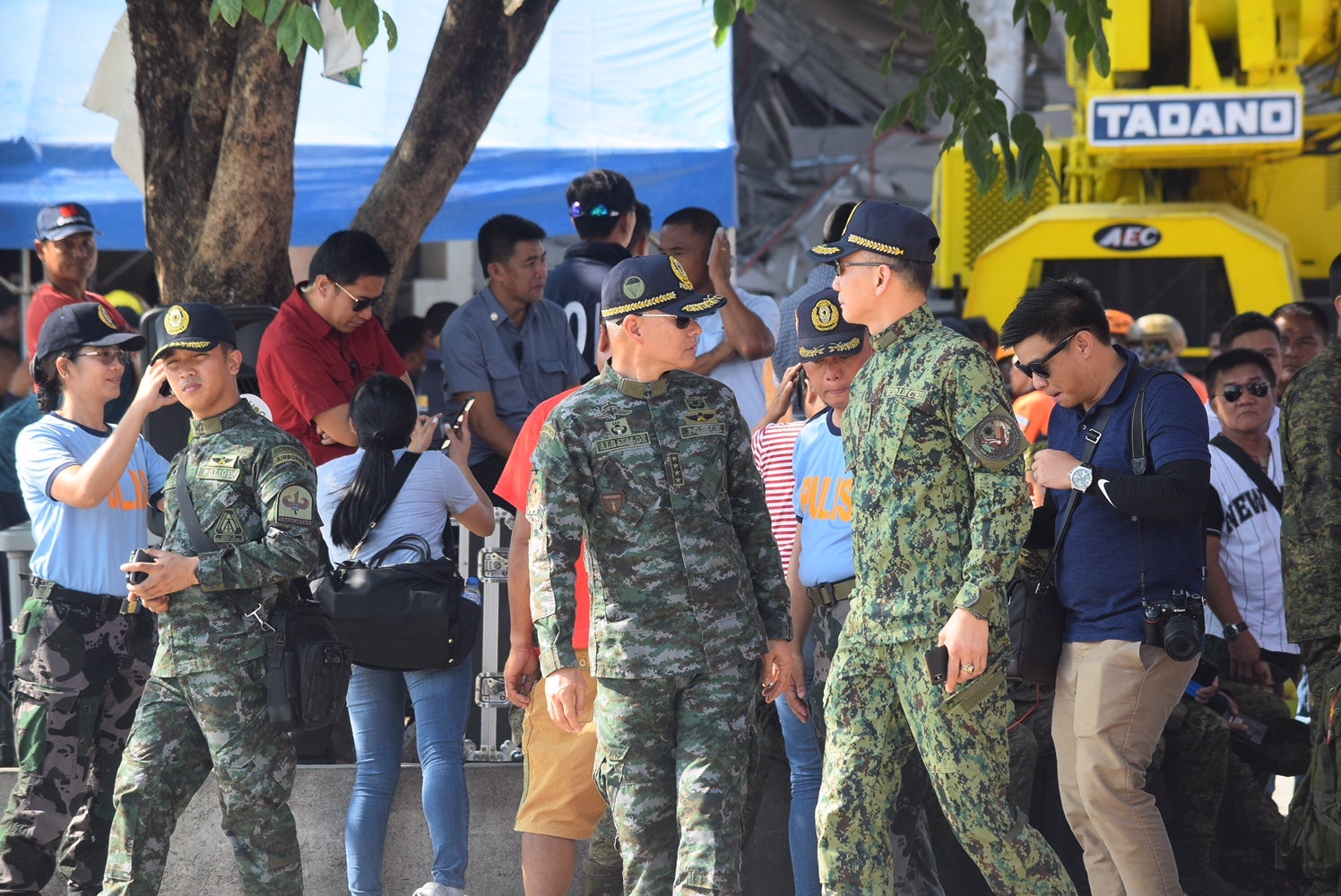 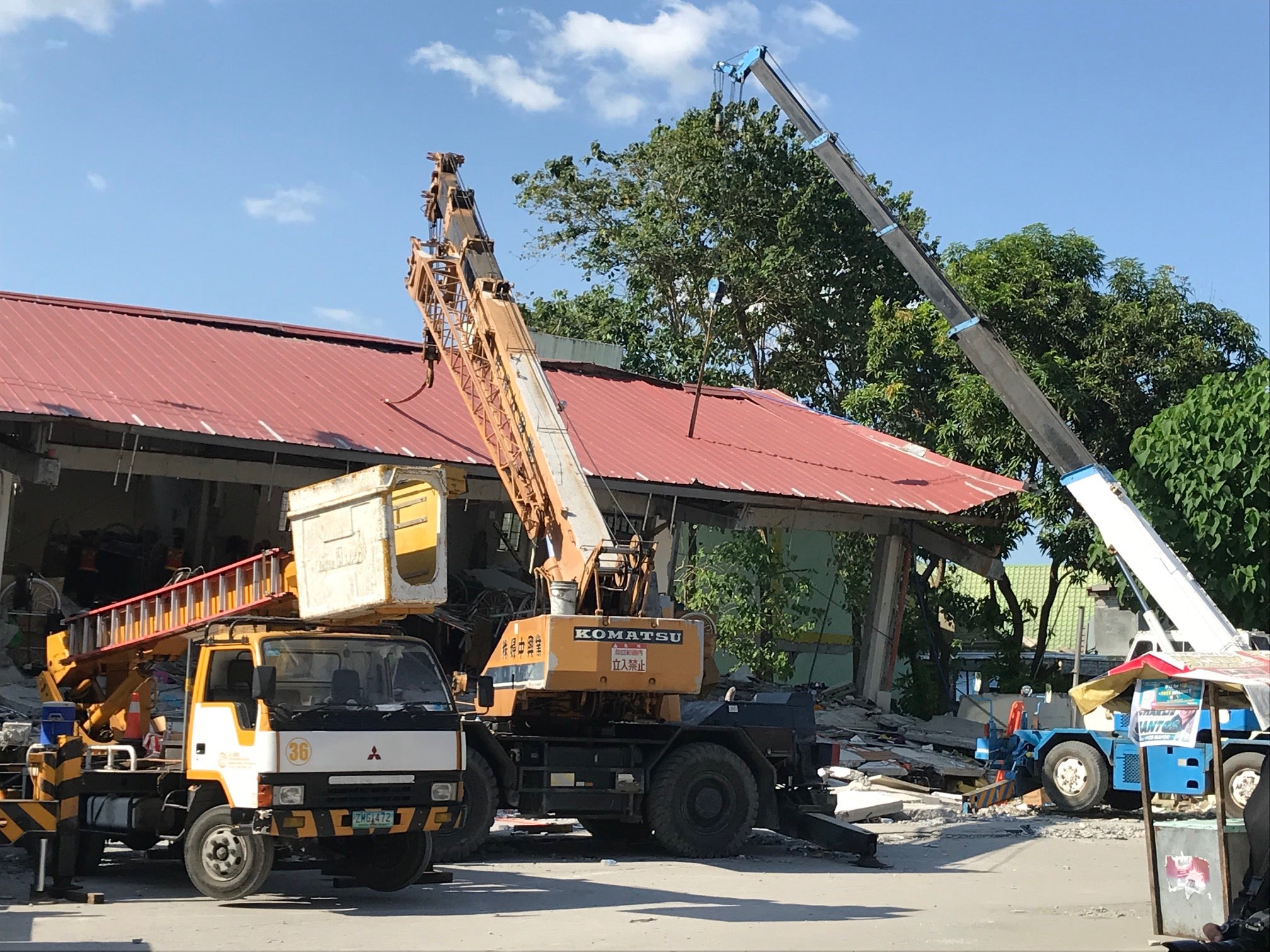