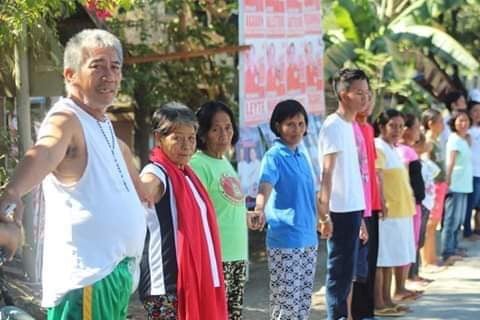 BACOLOD CITY, Philippines —At least 7,000 members of the religious sector and the youth formed a “human chain” on Monday (Earth Day) to oppose the construction of a 300-megawatt coal-fired power plant in San Carlos City, Negros Occidental.

The “human chain” stretched for 229 kilometers from Manapla in Negros Occidental to La Libertad in Negros Oriental, or the localities under the 45 parishes of the Diocese of San Carlos.

They braved the heat to fight the entry of a coal-fired power plant in the province. The activity lasted 30 minutes — from 8 a.m. to 8:30 a.m.

Fr. Edwin Laude, San Carlos Diocese pastoral director, said most of the participants were young because the protest was everybody’s cause. 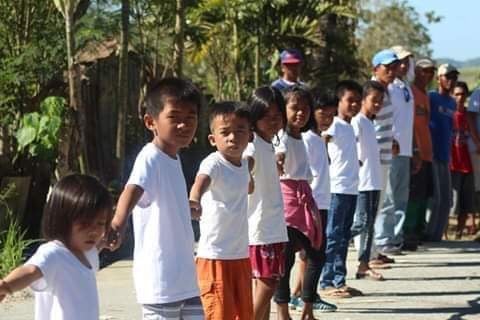 He said they were hoping that the activity would educate local leaders and encourage them not to pursue the construction of the coal-fired power plant in northern Negros Occidental by the SMC Global Power Holdings Corp.

It’s “very clear” that San Carlos City officials were supporting the building and operation of the coal-fired power plant as they were pushing for its realization, Laude said.

“We understand it’s about politics…politics is used in chaining our people,” he added.

He said they were banking on provincial government officials to uphold the executive order of outgoing Governor Alfredo Marañon Jr. which declared Negros Occidental as coal-free.

Vice Governor Eugenio Jose Lacson, who is expected to win in the gubernatorial race in May after the local parties in Negros Occidental vowed to support him, has yet to manifest his stand on the issue.

San Carlos Bishop Gerardo Alminaza said the diocese is urging residents not to vote for the candidates supporting the coal-fired power plant in San Carlos.

He said the “silent majority” in the diocese opposes the entry of the coal-fired power plant in the province.

“We’re hoping it can be translated into votes,” he added. /ee 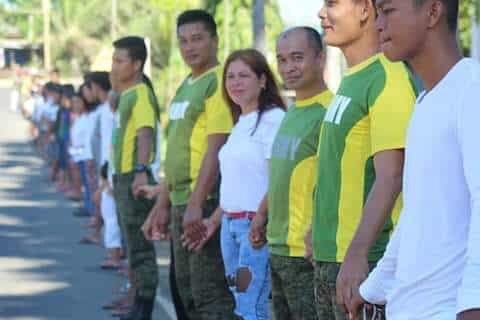