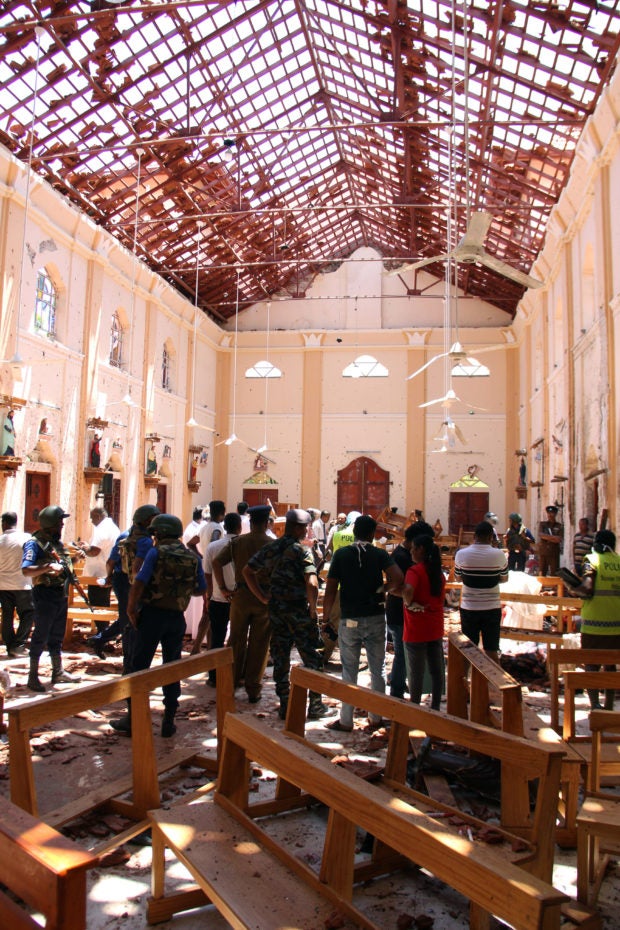 MANILA, Philippines — The Sri Lanka bombing incidents on Easter Sunday that killed at over 200 people is an affront to the Catholic faith, Senator Risa Hontiveros said.

“I stand in solidarity, grief, and shock with the victims, their families, and the nation of Sri Lanka, and I condemn the horrific attacks that claimed more than 200 lives and injured hundreds more this past Easter Sunday,” Hontiveros said in a statement on Monday.

“That these attacks were carried out on the most important day for the Catholic faithful is an affront not only to our faith, but also to the dignity of those who only wished to celebrate the day in peace and fellowship,” she added.

The senator also assured that “terrorism has no place in this world” and the people of Sri Lanka have the support of the international community.

“And while they will always try to divide people to make us live in fear and suspicion of one another, we will not let them win. The people of Sri Lanka will rise from this tragedy stronger than ever, and they will not stand alone,” she said.

“They will have the support of their neighbors and the international community, and we will come together to cast away fear, bring these vile terrorists to justice, and light the fire of hope anew,” she added.