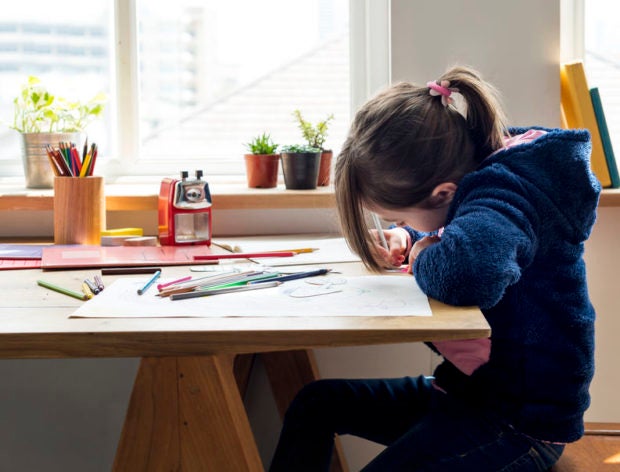 A 10-year-old girl did not let her disability get in the way of her love for art and writing, as she won a national handwriting contest despite having no hands since birth.

Sara Hinesley, a schoolgirl in Maryland, United States, proved that she is not bound by her disability, having been recognized for her excellence in writing cursive in the Zaner-Bloser National Handwriting Contest, according to a report by CBS on April 16.

A video of the wonder child was posted on the CBS-owned TV channel WJZ’s official YouTube page.

Hinesley was born with no hands, yet she enjoys drawing, writing and even rock climbing, and she excels in her classes at St. John Regional Catholic School. As per The Washington Post on April 19, she learned how to write in cursive this year, saying it was “easy.”

“I have never heard this little girl say, ‘I can’t.’ She’s a little rock star. She tackles absolutely everything you can throw at her, and she gives it her best,” Hinesley’s teacher Cheryl Churilla told The Washington Post.

According to third grader’s mother, Cathryn Hinesley, her daughter is quite an independent kid growing up. She has never worn a prosthetic and she particularly enjoys doing things her way, often rejecting help with tasks such as using scissors.

“The things I [cannot] do, I try to figure out the ways I can do it and try my best to make it work,” the 10-year-old said as per CBS.

Hinesley learned how to write by gripping her pencil between her arms. In no time, she learned to enjoy writing in cursive. “I like the way the letters are formed, it’s kind of like art,” Hinesley was quoted as saying.

The 10-year-old will be awarded the 2019 Nicholas Maxim award from the Zaner-Bloser National Handwriting Contest on June 13. As per The Washington Post, she will be the first in her school to receive the award.

“Sara is a testament to perseverance and the human spirit,” her mother added. “Every day I’m amazed at the things she is able to do and that she chooses to do. She [does not] try to find her way to avoid an obstacle, she finds a way to complete the task.” Casey Eridio/JB