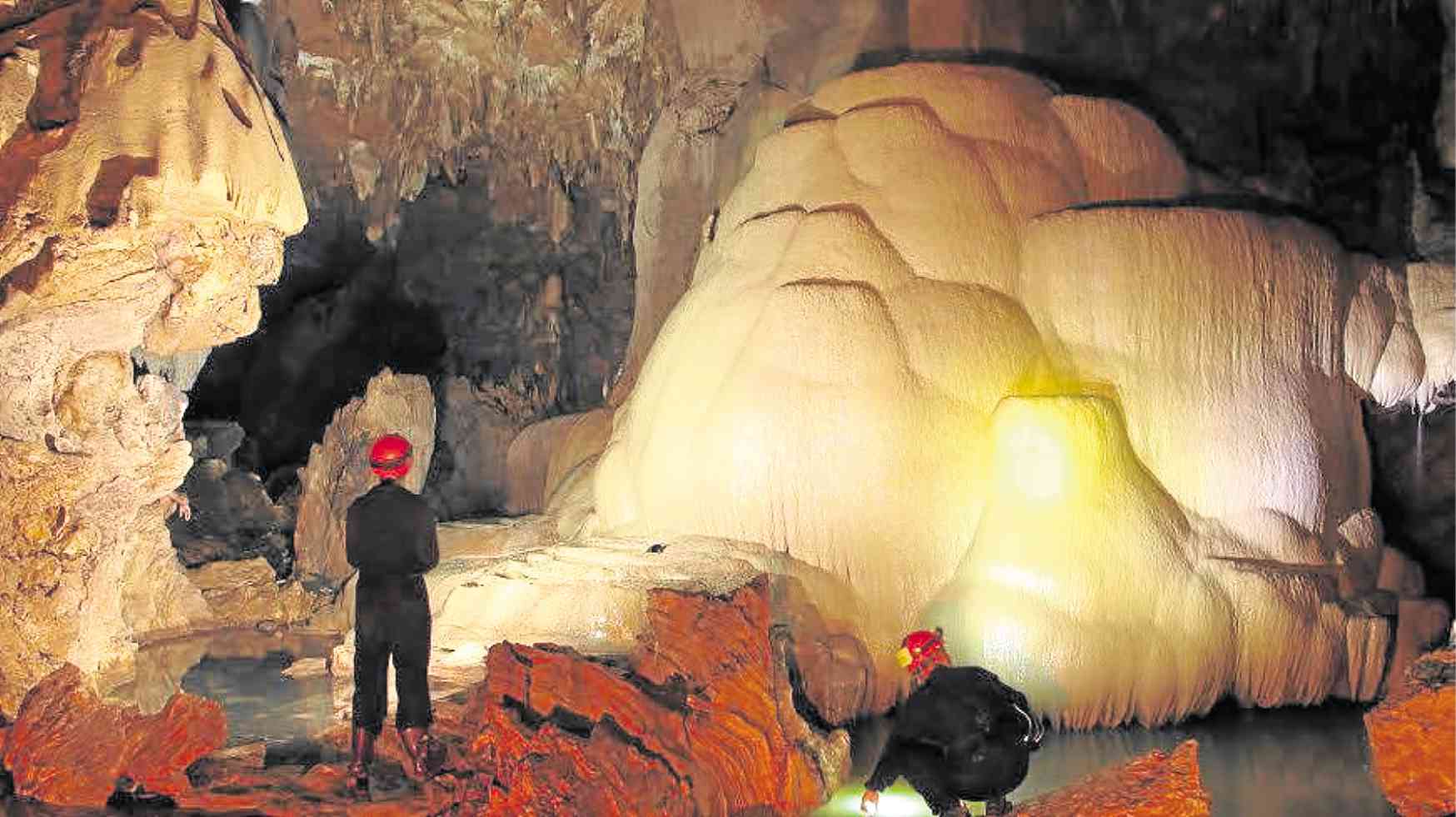 So the next time someone asks where you were in that “sun-kissed, beach-bumming” Facebook photo of yours, might as well get all tacky with, “e, di nasa puso mo” (in your heart).

After all, Marinduque, they say, is the “puso” (heart) of the archipelago, an island shaped like one as seen on a map and is geographically at the center of the Philippines.

Marinduque, the least populous (population: 235,000 as of 2015) in Mimaropa (Mindoro, Marinduque, Romblon and Palawan), is a province of only six towns. You could actually complete the main island loop in a day.

But of course, it would take more than 24 hours of traveling on seaside roads and rolling hills to experience nature and the people’s customs.

Marinduqueños have a unique way to welcome guests. The old-timers go through an elaborate thanksgiving song-and-dance number (interestingly, the song’s lyrics and rhythm vary per town) in a tradition called the “pagpuputong.”

The “putong” or “tubong” is a crown handcrafted from “nito” (local vine) or sometimes papier-mache or tinfoil, and is placed on the visitor’s head. The ceremony ends with a shower of flowers and coins, with everyone shouting “Mabuhay! (Long live!)”

But more than just a cheery gesture, the event is actually rooted in prayers for prosperity. It is but another display of deep religiosity aside from Marinduque’s more popular Moriones tradition.

The island comes to life during Lent as more than 50,000 local and foreign tourists come down to witness the parade of the Morions. Penitents wear costumes depicting the Roman soldiers to reenact Christ’s passion and death.

But Lent or not, Marinduque is a treasure trove of tourist attractions.

At Balanacan Port in Mogpog, one of the entry points to the province, is a tall image of the Mother of Immediate Succor, or Ina ng Biglang Awa, the patron of Marinduque. From there, one may take a quick trek (300 steps) up Mataas na Bundok at Barangay Hinanggayon for the Luzon Datum.

The Luzon Datum of 1911, or Station Balanacan, is one of the triangulation stations established by the US Coast and Geodetic Survey between 1901 and 1911. The rock marker establishes the geodetic center of the Philippines, meaning all maps and geological surveys in the country are referenced to this (0,0) point. 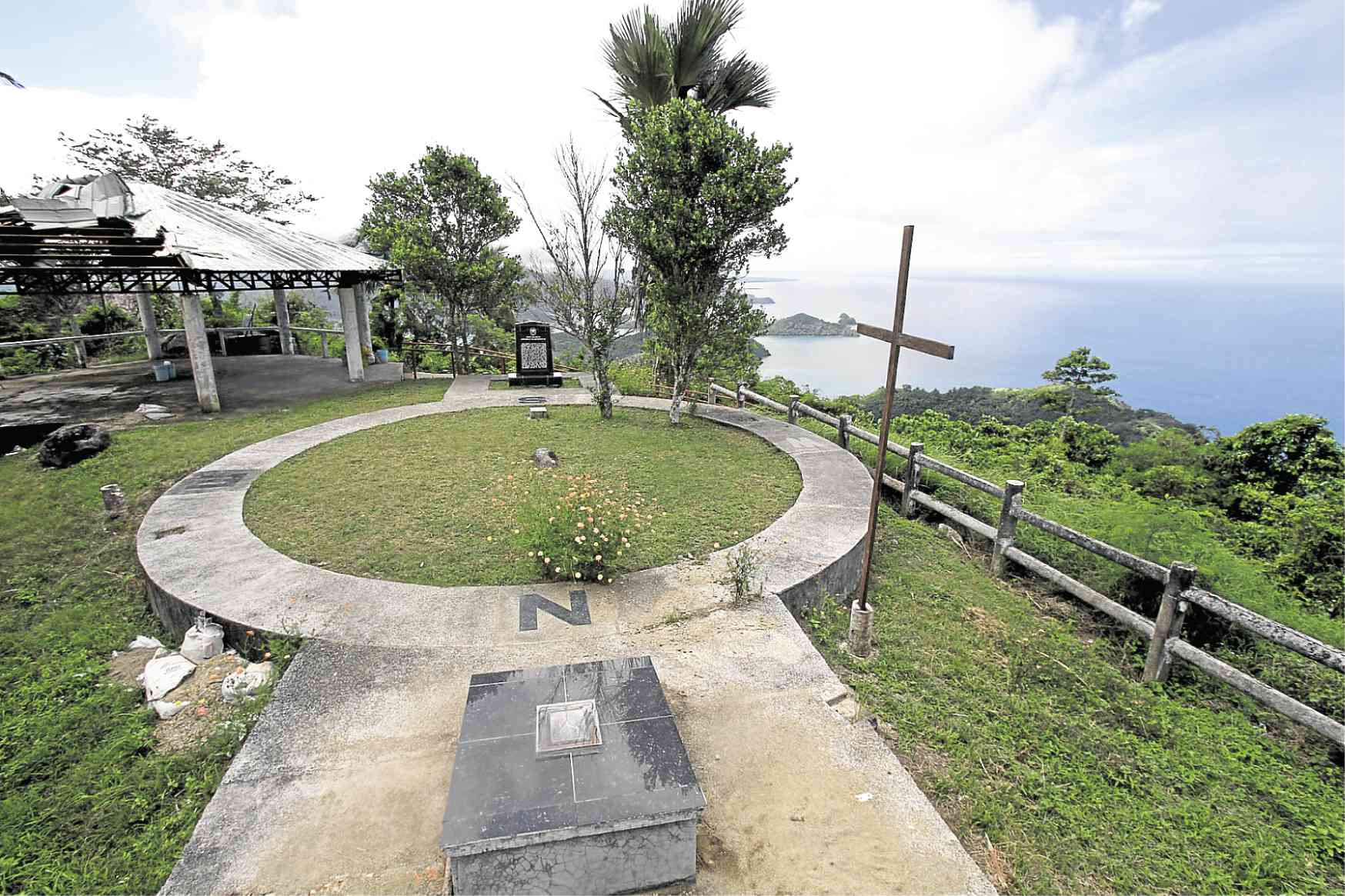 COUNTRY’S CENTER A hilltop minipark hosting the Luzon Datum, a rock that marks the geodetic center of the Philippines, is an emerging tourist destination at Barangay Hinanggayon in Mogpog town. —RICHARD REYES

Up the hill is a minipark with a 360-degree view of the Tayabas Bay, Mompong Pass and Tablas Strait.

Still in Mogpog, Morion mask makers are busy carving out the religious masks, a craft passed on through generations. One of them is Dick Malapote at Barangay Janagdong, who is kind enough to open his workshop area to visitors any time of the year.

History has it that the Morion was introduced by Catholic priest Dionisio Santiago in 1870. In recent decades, Mogpog has also become known for the “floral” Morion, a version of the mask topped with flowers made from tinfoil or papier-mache.

Boac town hosts the provincial capitol, as well as the 200-year-old Boac Cathedral, or Immaculate Conception Parish, on the hilly Barangay Mataas na Bayan. People believe the church’s adobe walls and fortresses protected the island from pirates in the 18th century.

Around the poblacion (center) are more than a dozen Spanish ancestral houses and structures. Among them are the Marinduque Museum, a century-old building that once served as a school, prison, courthouse and library, and Casa Real, which is currently used as a multipurpose building of the municipal government.

There are a number of hotels and inns, too—from the oldest one on the island, Boac Hotel, to modern ones such as Balar Hotel and Spa.

Devote the rest of the day exploring the Tarug Caves, known for its 91-meter (300-foot) limestone walls, or Bintakay (Camarines) Cave, both in Mogpog.

Joven Lilles of the provincial tourism office said Bintakay Cave was also a historic battle site during the revolution.

In Barangay Bocboc, Mogpog, is the popular Paadjao Falls that cascades more than a hundred feet high down to a natural pool.

In the next town of Gasan is Talao Cave, a maze of caverns, sinkholes and multilevel chambers in Barangay Tiguion.

In the town center, the local government runs a public park with a butterfly garden. Marinduque is also known as a butterfly capital, contributing 85 percent of the butterfly and pupa exports of the Philippines.

An island tour is never complete without hitting the beach, and Marinduque just has more than enough to satisfy the itch.

Scuba divers are in for a triple treat when they meet Gaspar, Melchor and Baltazar—no, not the Wise Men, but Gasan’s islets.

It is said that shipwrecks of Chinese merchant vessels were salvaged off Gaspar in the 1980s and hundreds of porcelain jars, plates and skillets were recovered and kept in the museum.

Melchor and Baltazar have wall scuba diving sites and underwater caves, where manta rays and sharks are occasionally seen. 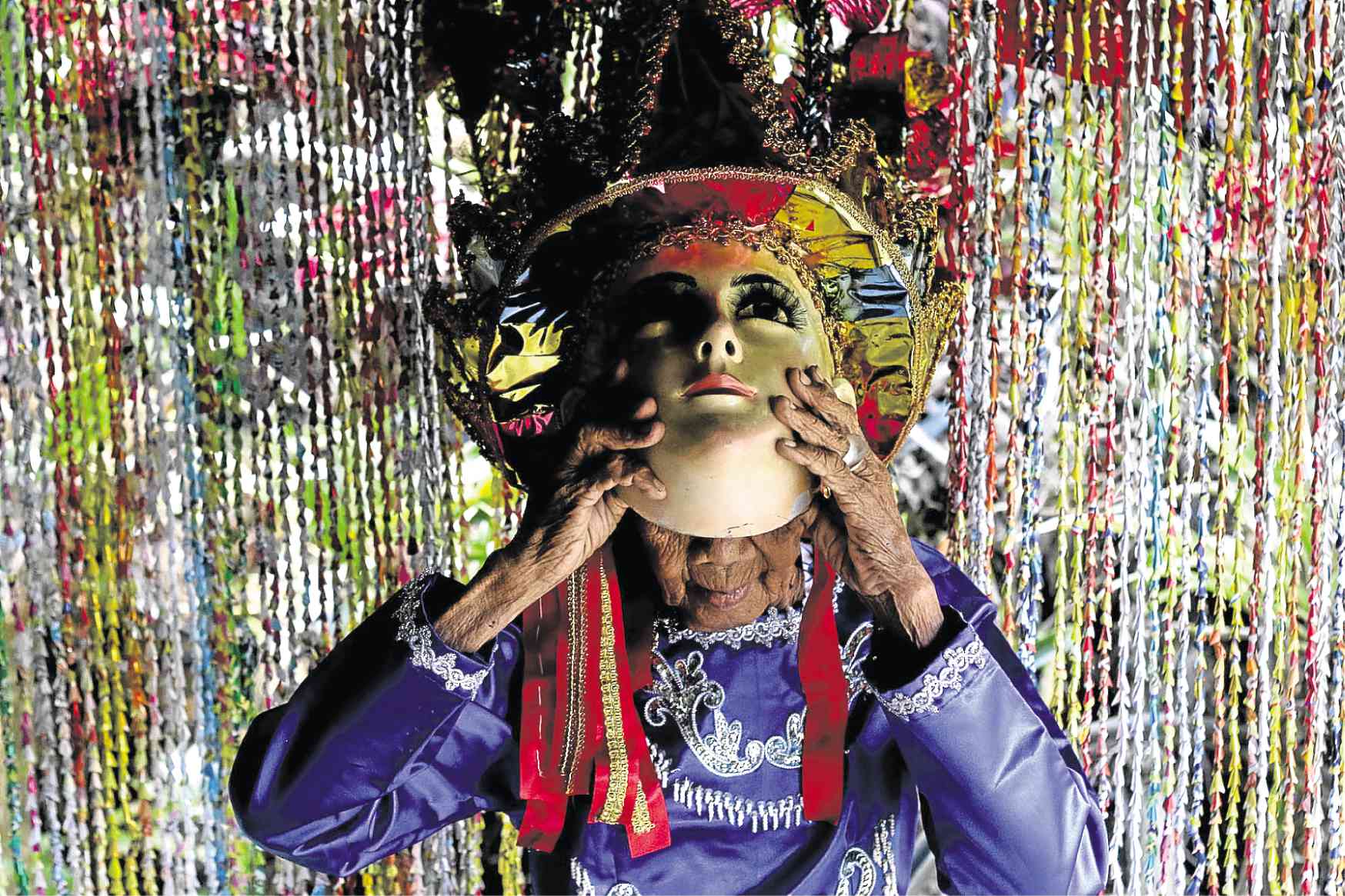 VOW Wearing the Morion mask and costume is a solemn vow that defies age and gender. —RICHARD REYES

But if you’re up for heights, Mt. Malindig is a favorite trekking destination, straddling Buenavista and Torrijos towns. It is Marinduque’s highest peak at 1,157 meters above sea level and is actually a dormant volcano and home to endemic flora and fauna.

On its edge is the Malbog sulfur spring that has become a picnic ground of people bathing in sulfuric spring believed to cure skin problems.

About 400 meters upstream of Malbog is the private Marinduque Hot Spring Resort, which offers pools and camping areas.

Torrijos is known for Poctoy beach, a stretch of white to sugar brown sand on the mainland. But the town also boasts of the Sibuyao Highlands, a spot on the boundary of Barangay Sibuyao, Nangka and Maranlig. The peak is about 525 masl, perfect for early morning or late afternoon treks.

There are more caves being developed for ecotourism on this part of the island, such as Ka Amon Cave in Barangay Bonliw, Torrijos, and Bagumbungan underground river cave and Bathala Cave in Sta. Cruz town.

Also on Mongpong is the Ungab rock formation, a cove with an overarching rock that rises about a hundred feet above the sea. Thrill-seekers climb the Ungab for cliff diving into the pristine water.

Polo Island is closest to the mainland and Maniwaya Island the most popular for the elusive Palad Sandbar.

Maniwaya offers stretches of white sand beaches that locals are slowly developing with accommodations and water sports. It has also established a clamshell sanctuary for snorkeling.

From Manila, travel to Lucena City, Quezon, for the roll-on, roll-off vessel.

There are trips available from Dalahican Port or Talao-Talao Port to Balanacan Port in Mogpog or Cawit Port in Boac.

Travel time is the same at 2 to 3 hours. Transportation on the island is either via public or hired jeepneys and tricycles, though some tour operators offer packages that include van rental from Manila to Marinduque’s tour sites.

In April, the Marinduque airport reopened in time for the Moriones.

Flights from Manila to Gasan are available on Mondays, Wednesdays and Saturdays.