Colmenares hits Duterte’s ‘below the belt’ attacks vs Diokno, Hilbay 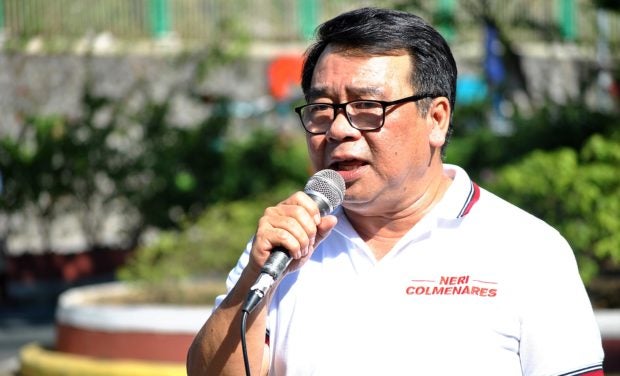 “This is really below the belt and highlights Duterte’s style and content of campaigning which is dirty, vicious and vindictive. It’s traditional politics at its lowest level,” Colmenares said in a statement.

Colmenares’ remark came after the tough-talking President belittled Diokno’s record as a lawyer and even questioned Hilbay and Diokno’s sexuality.

Colmenares said Duterte’s remarks were part of his own desperate move to drift from issues during elections, noting that it also “poisons” public’s mind with lies.

“It is a desperate move to veer away the electoral discourse from issues that really matter. It is meant to poison the people’s mind with his vulgar lies and innuendos,” he said.

Colmenares asked the public to study issues such as pro-China policy and not focus on the candidate’s name and sexuality.

“We hope that the people can see through this vain attempt to deflect the people’s attention from the administration’s anti-poor economic policies, anti-Filipino and pro-China policy, the mass murder of peasants, and other heinous crimes,” Colmenares said.

“Let us discuss and debate on these pressing issues and not delve on a candidate’s name, his sexuality or on innuendos and fake accusations,” he added. /jpv