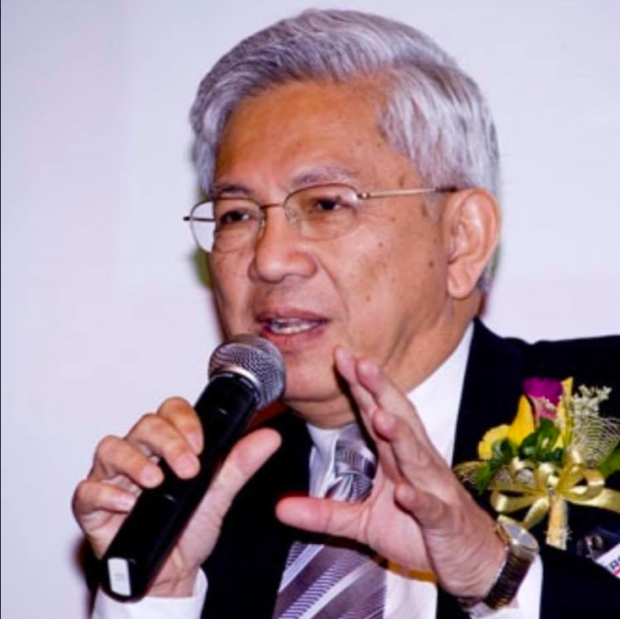 MANILA, Philippines — Respected senior diplomat Rodolfo Severino Jr., former secretary-general of the Association of Southeast Asian Nations (Asean), passed away on Good Friday after a lingering illness. He was 82.

In a post on Facebook, Howie said that his father had been “enduring complications related to Parkinson’s disease for several years.”

“The Department of Foreign Affairs (DFA) announces with deep sorrow the demise of Ambassador Rodolfo Severino Jr.,” the department said in a statement.

Severino was Asean secretary-general from 1998 to 2002, the second Filipino to assume the position after Narciso Reyes.

“His passing is an immeasurable loss to the #AseanCommunity. We convey our sincere condolences to this family,” the organization said.

Severino was the DFA undersecretary for policy from 1992 to 1997 after serving as ambassador to Malaysia (1989-92) and assistant secretary for Asian and Pacific affairs and Asean senior official of the Philippines (1986-87).

In a statement, former DFA secretary Roberto Romulo paid tribute to Severino, saying, “Rod was my mentor. My worth as a diplomat, if any, is because of him.”

Romulo suggested that the Ateneo de Manila University, Severino’s alma mater, raise funds for a professorial chair on international diplomacy to be named after the late diplomat.

“Students of today deserve to learn of Rod’s commitment to the country,” Romulo said.

Severino entered the foreign service in 1966 and one of his first assignments was as DFA’s official notetaker during the meeting the same year between President Ferdinand Marcos and visiting US President Lyndon Johnson.

The following year, Severino was assigned to the Philippine Embassy in Washington D.C. until 1974.

In 1976, following Marcos’ visit to China, Severino was assigned to Beijing, becoming minister-counselor and chargé d’affaires. He later returned to the United States to become the first Filipino consul general in Houston, where he served until 1986.

In Manila, Severino was involved in the negotiations regarding the US military bases under former President Corazon Aquino.

Severino also represented the Philippines in talks with the Chinese over the occupation of a reef in the West Philippine Sea in 1995.

After his stint at the Asean in Jakarta, Severino taught at the Asian Institute of Management and the Institute of Southeast Asian Studies-Yusof Ishak Institute in Singapore.

He was the founding head of the Asean Studies Centre in Singapore until 2015, when he returned to the Philippines for good.

According to the younger Severino, his father passed away after he sang “Some Enchanted Evening” to him.

Some Enchanted EveningI rushed back to Manila tonight to be with my father. His breathing was difficult, his blood…

“I rushed back to Manila tonight to be with my father. His breathing was difficult, his blood pressure low and erratic. He was barely responsive. My son and I told him stories about some of our best times with him. Then I asked if he wanted to listen to music. He grunted what sounded like a spark of joy,” Howie said.

“I searched for a favorite from his Ateneo Glee Club days, ‘Some Enchanted Evening.’ Without meaning to, I played the opera version of the Broadway hit; apropos because Dad was a great opera fan. I grew up listening to it and even mimicking it. I sang along softly in my pathetic tenor. Soon after the song ended, he stopped breathing and he was gone,” he added.

After the cremation service, Severino’s wake will be held at The Heritage Memorial Park in Taguig City starting today, Sunday, April 21, at 5 p.m. until Wednesday, April 24, at 3 p.m.