Worth the risk? It's not easy to put a value on a cathedral | Inquirer News
Close
menu
search

Worth the risk? It’s not easy to put a value on a cathedral

LONDON – Rebuilding Notre Dame, the 800-year-old Paris cathedral devastated by fire this week, will cost billions of dollars as architects, historians and artisans work to preserve the medieval landmark.

But contrary to what one might think, little of the money will come from insurance companies.

Notre Dame and all of its pre-1905 artworks are the property of the French state and not insured. 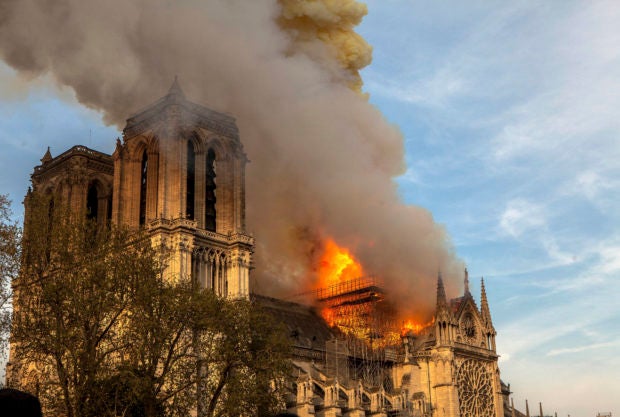 The French government is responsible for costs like restoration and rebuilding because it has the financial resources to do so — and because taking out private insurance on something as valuable as a national monument would be difficult and expensive.

Unique forms of property, like monuments or religious relics, are hard to value. How do you put a price tag on sentiment, history and international renown?

“A small number of specialized insurers, notably Lloyd’s of London, are often willing to accept the risk of undertaking such valuations, but the resulting premiums are very high,” said Bruce Huber, professor of law at the University of Notre Dame in Indiana.

“The insurance business operates by spreading risk over a large number of similarly situated insured parties, and obviously in the case of unique assets, there is not a large pool!”

High-net-worth individuals, corporations, and other entities with substantial assets — like France or any other nation-state — often choose to self-insure instead.

“The cost to them of financing the occasional repair or replacement of a unique asset, they may calculate, will be lower than the sum of the insurance premiums,” he said.

“Thus I would doubt that Egypt has purchased a comprehensive insurance policy for, e.g., the Pyramids of Egypt.”

While French authorities are still investigating the cause of the fire at Notre Dame, attention has focused on a 6 million-euro ($6.75 million) renovation project that was underway when the blaze broke out.

The building contractors would have been required to have insurance, but the payouts from that would be “a drop in the ocean” compared with the cost of restoring the cathedral, said Robert Read, Head of Art and Private Client at Hiscox, an international insurance company that started as an underwriter on the Lloyd’s of London market.

Rebuilding a centuries-old landmark is difficult and expensive because the goal is to preserve the original character of the building, not just replace it.

Ecclesiastical Insurance, a U.K.-based company that has been insuring churches for 130 years, said the structures are complicated to insure because of their age.

In Britain, for instance, buildings deemed to be of high historical value must be restored in the same way as they were originally built. That means finding materials and artisans who can reproduce work done in, say, medieval times, which quickly becomes very expensive.

Paul Humphris, specialist claims consultant at Ecclesiastical Insurance, said the primary issue at the moment at Notre Dame would be safety.

If parts of the building look like they are going to fall down they will do whatever is necessary to ensure long-term stability.

That might include “a certain element of violence” in knocking things down to make sure that no one gets hurt. But when possible, they will restore it on a brick-by-brick basis.

They will likely use men on cranes, drones, 3D imagery and detailed surveys to offer forensic detail.

“I think the main message is that this building can be restored,” he said. “There’s no reason it can’t be done. But it won’t be a precise replica.” /gsg