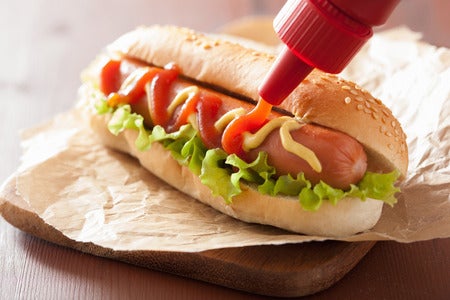 A naked thief in Florida stole cash and a pack of hotdogs from a baseball field snack bar.(INQUIRER.net Stock Photo)

Police in Dunedin, Florida, USA, are on the lookout for a man who stole cash and hotdogs at a snack bar maintained by the Dunedin Little League—and he did the act while naked.

Dunedin Little League President Susan Semitecolos said that the thief got inside by prying a door with a crowbar and breaking through a gate, as per another report by The Tampa Bay Times. She added that the thief also broke a lock on a gate covering a sliding glass window, but was unsuccessful in climbing through it.

Semitecolos added that the thief proceeded to take the money from both the cash register and donation jar. The thief also took a pack of hotdogs from the snack bar.

“I just feel hurt that somebody would do it to our children,” Semitecolos was quoted as saying in the report.

Despite the setback, Semitecolos said that people around the local community have been encouraging. “We’re getting a lot of outpour from businesses and local individuals,” the league president said. “It’s very enlightening. It’s encouraging. It’s great. The kids are very important to our community.”  Katrina Hallare /ra