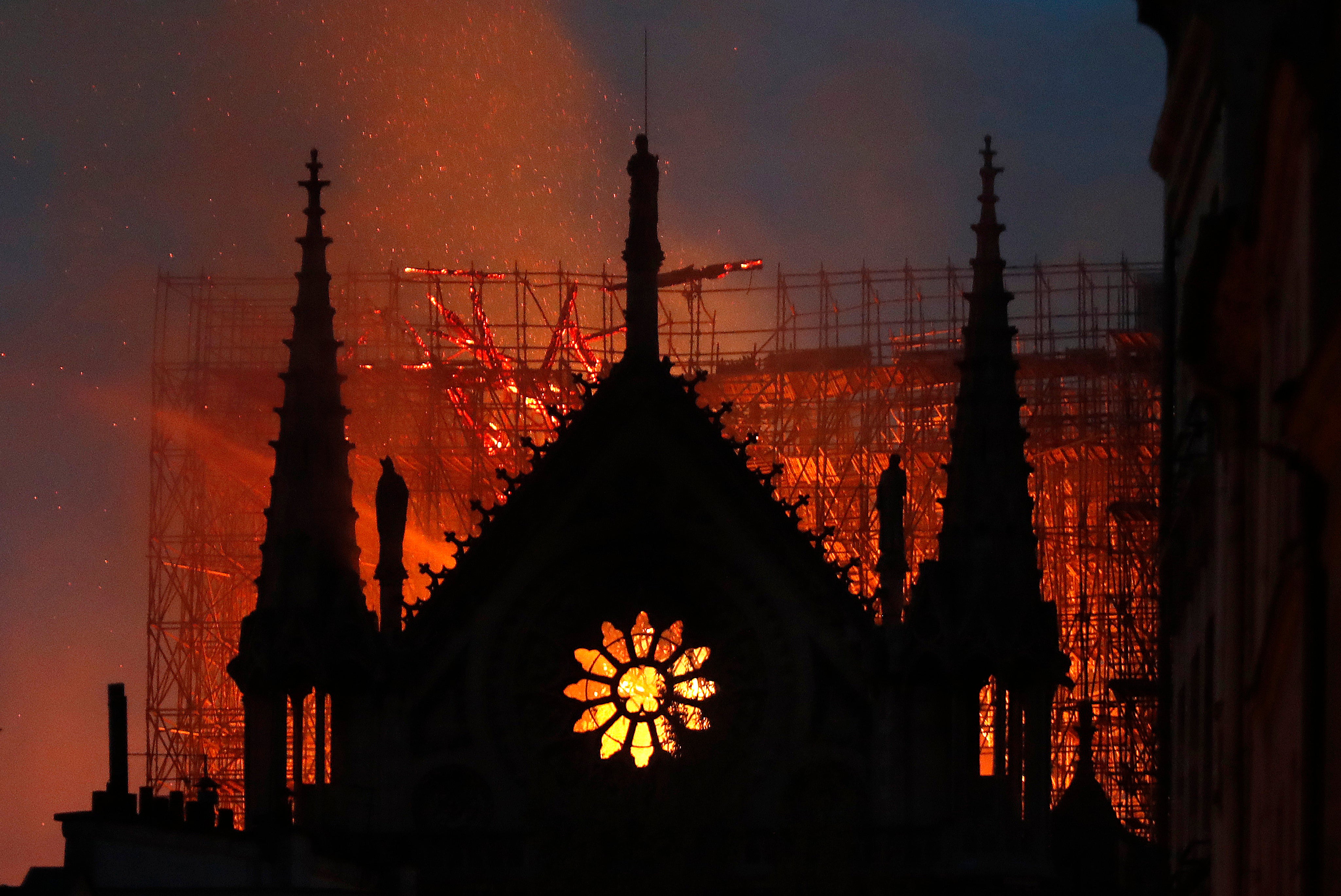 Flames and smoke rise from Notre Dame cathedral as it burns in Paris, Monday, April 15, 2019. Massive plumes of yellow brown smoke is filling the air above Notre Dame Cathedral and ash is falling on tourists and others around the island that marks the center of Paris. (AP Photo/Thibault Camus)

The official, who spoke anonymously about the ongoing investigation, said investigators still don’t have the green light to work in the cathedral and search in the rubble for safety reasons.

He told The Associated Press the monument is still being consolidated with wooden planks to support some fragilize parts of the walls.

Meanwhile, the rector of Notre Dame Cathedral has proposed building a small, temporary church on the plaza outside the monument so that the faithful has a place of worship while the 12th-century structure ravaged by fire is closed for restoration.

Bishop Patrick Chauvet offered the idea of creating an “ephemeral” cathedral so people can pray and life can return to normal in the neighborhood.

The Paris City Hall gave its approval to the idea Thursday “subject to technical restraints.”

A crypt containing vestiges dating from antiquity is located under the vast esplanade. There is also an underground parking lot.

During a ceremony at the Elysee presidential palace in the presence of those who intervened on Monday’s fire, Macron praised their courage and exemplarity ability to make the right decisions under time pressure.

“We’ve seen before our eyes (your) responsibility, courage, solidarity and a meticulous organization”, Macron said. “The worst has been avoided.”

Macron said firefighters will get an Honor Medal for their courage and devotion.

About 500 firefighters took part in the nine-hour battle to save the 12th-century Notre Dame on Monday evening. Its spire collapsed and roof was destroyed, but its iconic towers, rose windows, famed organ and precious artworks were saved. /kga