Pope thanks Notre Dame firefighters on behalf of whole Church 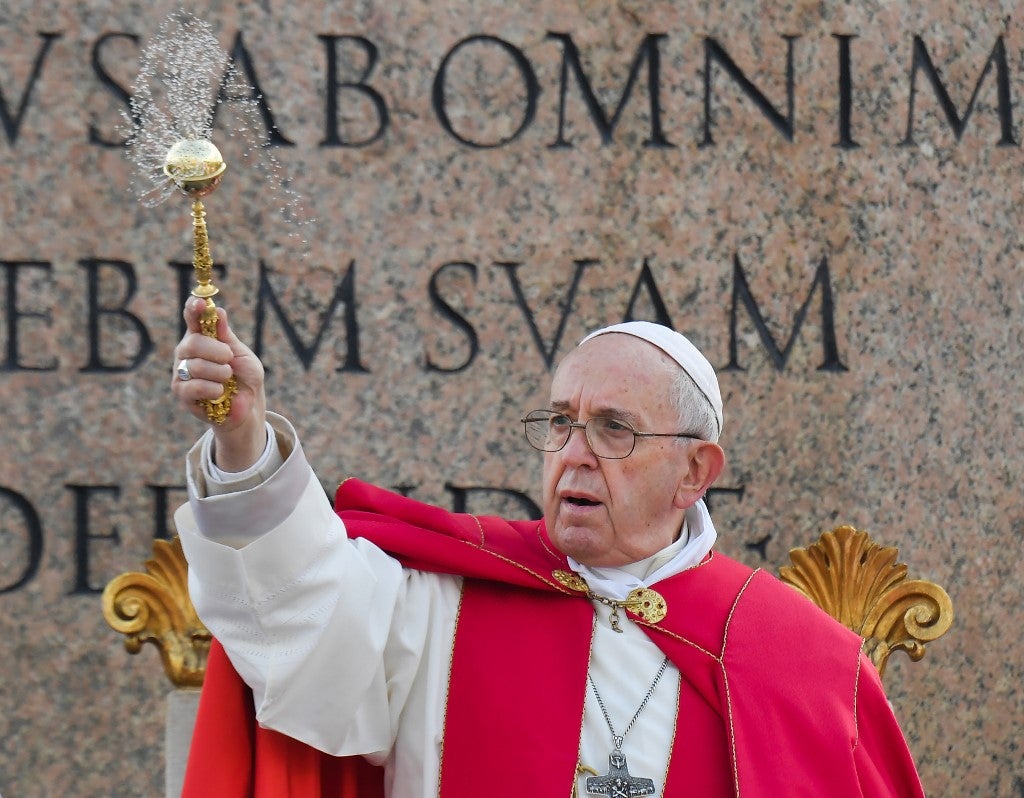 Pope Francis blesses worshipers and palm branches at the start of the Palm Sunday mass on April 14, 2019 at St. Peter’s square in the Vatican. (Photo by Tiziana FABI / AFP)

VATICAN CITY — Pope Francis on Wednesday thanked the firefighters who risked their lives to save the Notre-Dame Cathedral in Paris on behalf of the entire Catholic Church.

“The gratitude of the whole Church goes to all those who did everything they could, even risking their lives, to save the Basilica,” he said during the weekly general audience in Saint Peter’s Square.

Francis said he had been “very saddened” by the vast blaze on Monday which gutted the great Paris landmark, destroying the roof, causing the steeple to collapse and leaving France reeling in shock.

A firefighter suffered injuries during the blaze, which at one point threatened to bring down one of the two monumental bell towers on the western facade of the cathedral that is visited by 13 million tourists each year.

The Holy Crown of Thorns, believed to have been worn by Jesus at his crucifixion, was saved by firefighters, as was a sacred tunic worn by 13th-century French king Louis IX.

Rescuers formed a human chain at the site of the disaster to evacuate as many artefacts as possible.

The bells of all cathedrals in France will sound at 6:50 pm on Wednesday, 48 hours after the fire started.