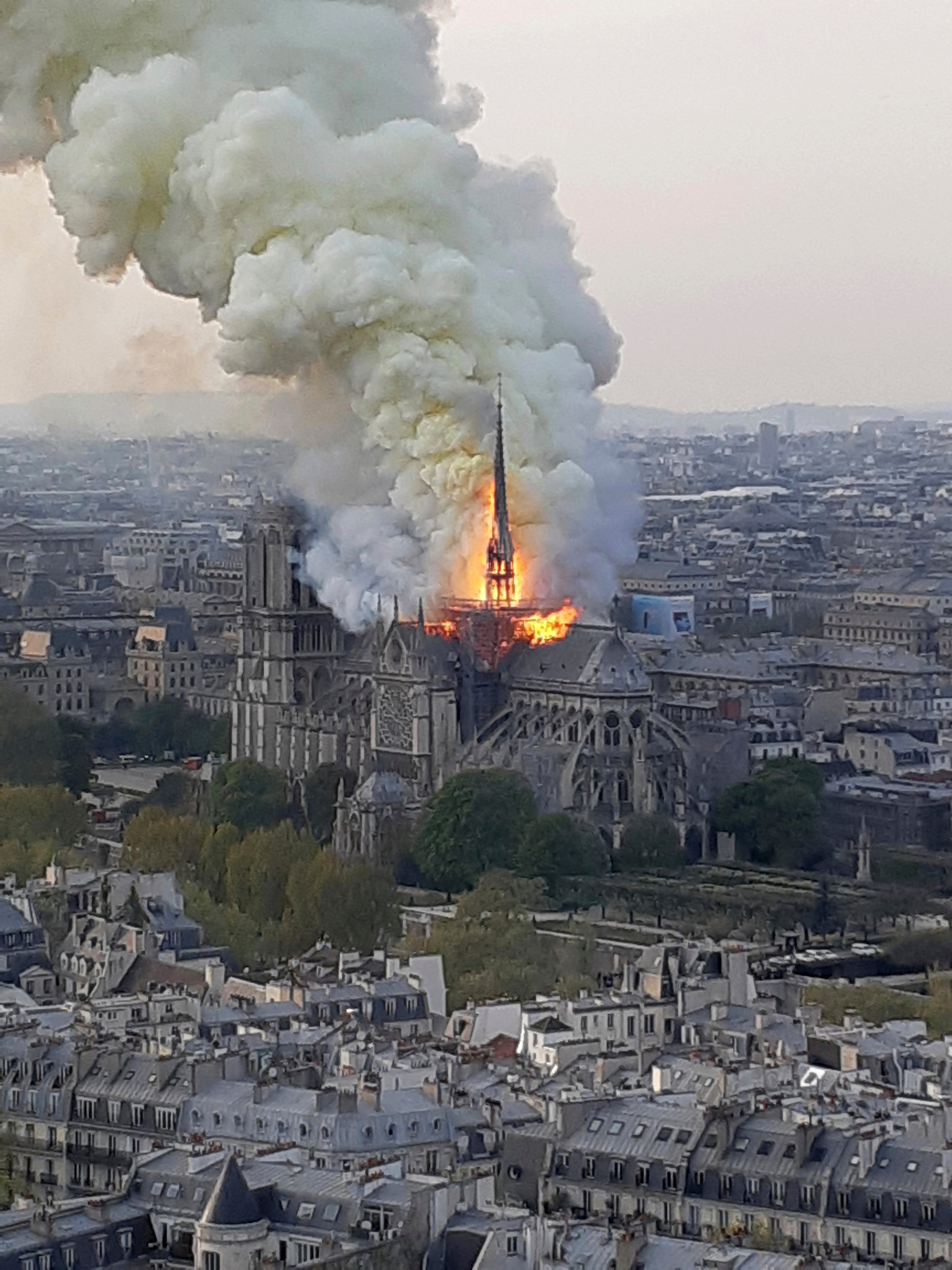 In this image made available on Tuesday April 16, 2019 flames and smoke rise from the blaze at Notre Dame cathedral in Paris, Monday, April 15, 2019. An inferno that raged through Notre Dame Cathedral for more than 12 hours destroyed its spire and its roof but spared its twin medieval bell towers, and a frantic rescue effort saved the monument’s “most precious treasures,” including the Crown of Thorns purportedly worn by Jesus, officials said Tuesday. (AP Photo/Cedric Herpson)

PARIS — Nearly $1 billion has already poured in from ordinary worshippers and high-powered magnates around the world to restore Notre Dame Cathedral in Paris after a massive fire.

Construction teams brought in a huge crane and a delivery of planks of wood to the site Wednesday morning.

French President Emmanuel Macron ratcheted up the pressure by setting a five-year deadline to restore the 12th-century landmark. Macron is holding a special Cabinet meeting Wednesday dedicated to the Notre Dame disaster.

Presidential cultural heritage envoy Stephane Bern told broadcaster France-Info on Wednesday that 880 million euros ($995 million) has been raised so far. Contributors include Apple and magnates who own L’Oreal, Chanel and Dior, as well as Catholics and others from around France and the world.