newsinfo / Nation
Nation
Stressing on the public's right to know

MANILA, Philippines–The killing of thousands during police drug operations “is a matter of grave concern,” said the Supreme Court as it told the Office of the Solicitor General (OSG) that it does not tolerate its move of withholding documents related to it.

Stressing its mandate of protecting and enforcing the public’s right to information, the Supreme Court said “the undeniable fact that thousands of ordinary citizens have been killed and continue to be killed, during police drug operations certainly is a matter of grave public concern.”

During the 2017 oral arguments on the petition filed by human rights lawyers groups — Center for International Law (Centerlaw) and the Free Legal Assistance Groups (FLAG), the Supreme Court ordered the government through the OSG to submit documents related to its war on drugs and to provide the other party copies of the documents.

Early this year, Solicitor General Jose Calida said they have complied with the Supreme Court to provide them with the documents on the condition that it should not be given to the other parties.

In a resolution made public Wednesday, the Supreme Court said the Solicitor General has imposed conditions on its compliance without consent from them. 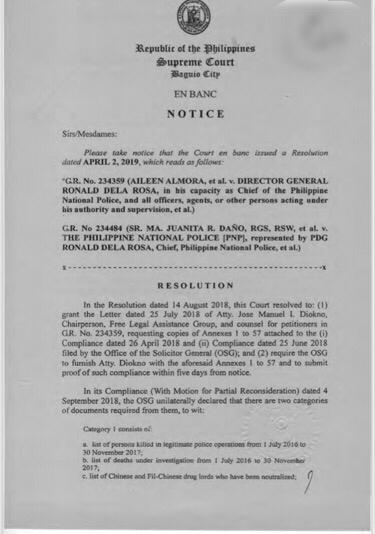 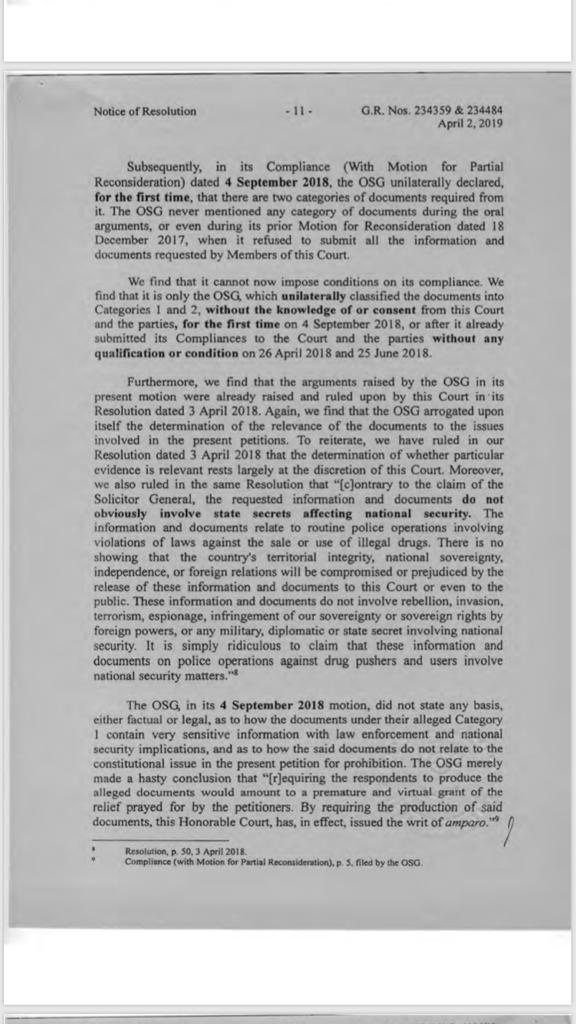 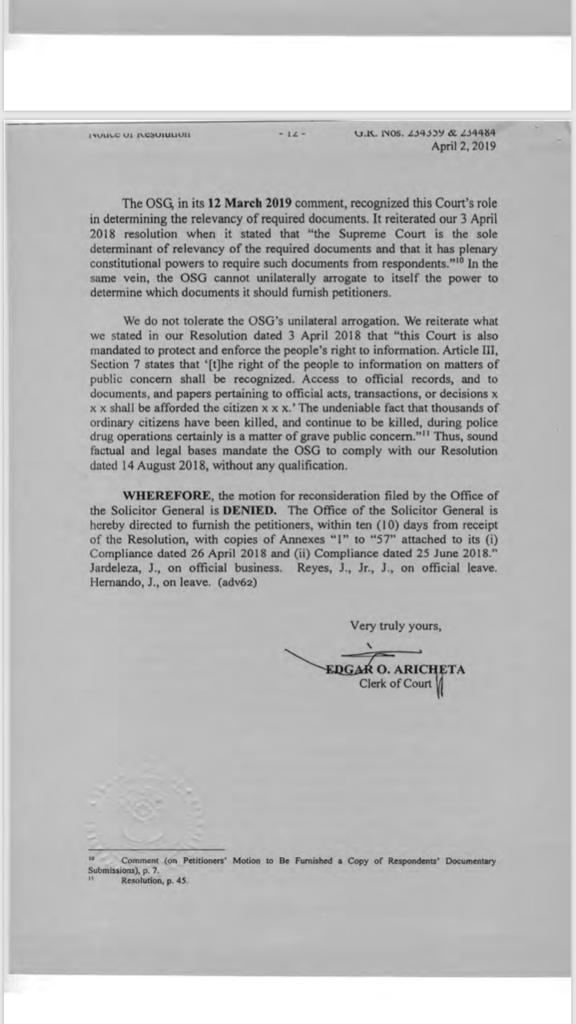 The High Court said “it [referring to the OSG] cannot now impose conditions on its compliance.”

“We find that it is only the OSG, which unilaterally classified the documents…without the knowledge of or consent from this Court and the parties,” the Court said.

It added that the “war on drugs” documents do not involve State secrets or national security because the documents are related to routine police operations involving violations of laws.

“It is simply ridiculous to claim that these information and documents on police operations against drug pushers and users involve national security matters,” said the High Court.

“We do not tolerate the OSG’s unilateral arrogation,” the High Court said as it reiterated its order for the OSG to comply “without any qualification.”  /muf