Hilbay: I’m straight, but being gay is not shameful | Inquirer News

Hilbay: I’m straight, but being gay is not shameful 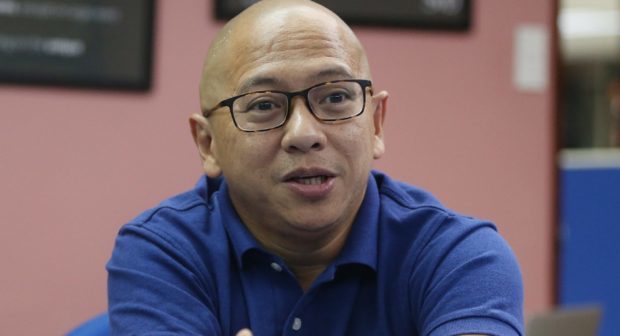 MANILA, Philippines — Senatorial candidate Florin Hilbay shot back at President Rodrigo Duterte’s recent tirade about his sexuality, saying he was a straight man who saw no shame in being from the Lesbian, Gay, Bisexual, Transgender, and Queer (LGBTQ) community.

Hilbay said in a statement on Wednesday that he and his rumored partner actress Agot Isidro had nothing to prove to Duterte about their relationship after the Chief Executive cast doubt on whether they were really together.

“For the record, I am straight,” he said, adding, “But, unlike the President, Agot and I are secure in our relationship and we don’t believe that anybody has to prove their gender and sexuality to anyone.”

Hilbay also said, “Unlike the President, Agot and I don’t see being a member of the LGBT community as a mistake or a source of shame.”

In a speech during a campaign sortie of PDP-Laban in Tuguegarao on Tuesday, Duterte said that he had nothing against homosexuals, but decried Hilbay being a “bully.”

“I don’t have a problem with gays, but this particular gay is a bully. They always criticize me, Hilbay and Agot, until they ended up being couple,” the President said.

READ: Duterte: God made a mistake, Hilbay is gay

“If Duterte is a real LGBTQIA ally, he would know that coming out is the most personal and momentous decision an LGBTQIA person could make,” Hilbay noted.

“His display of bigotry is the reason why people choose to hide in the shadows, living in fear, instead of accepting their personal truth,” he said.

In his speech in Tuguegarao, Duterte said that Hilbay was gay and was pretending that Isidro was his girlfriend.  He then urged Hilbay to stop hiding behind Isidro as a cover, adding that God made a mistake in creating him.

“He acts like a man and pretends that Agot is his girlfriend. Be true to yourself. You’re gay. Don’t hide behind a cover. You were made by God. God made a mistake. Just because he’s a God does not mean he is incapable of making mistakes,” Duterte said.

Hilbay urged Duterte to focus instead on his job and be brave enough to face criticism, instead of creating issues about him and Isidro to cover up the administration’s shortcomings.

“President Duterte accused me of being a coward and not true to myself, but he’s the one who has a record of using lies to silence critics and to escape his inability to answer the issues affecting our people […] Huwag niya kaming gawing panakip-butas ni Agot sa lahat ng kakulangan, kasinungalingan, at karumihan ng kaniyang anak, alalay, at administrasyon,” he said.

Hilbay was apparently echoing a series of social media videos by a certain “Bikoy” who claimed that Duterte’s son Paulo and close aide Bong Go were part of a drug syndicate. Bikoy said both Paulo and Go had “dragon tattoos” on their backs which prove their links to the Chinese drug syndicate.

While Paulo admitted having a “tattoo” but refused to show it, Go belied the “black propaganda” by showing media that he did not have any tattoos on his back.

READ: No dragon tattoo: Go bares back in Agusan

This is not the first time Duterte has cast doubt on Hilbay’s sexuality.  In a previous speech, the President said he was confused with Hilbay’s name, on whether it is a man or a woman’s name. /cbb