Duterte: God made a mistake, Hilbay is gay | Inquirer News

Duterte: God made a mistake, Hilbay is gay 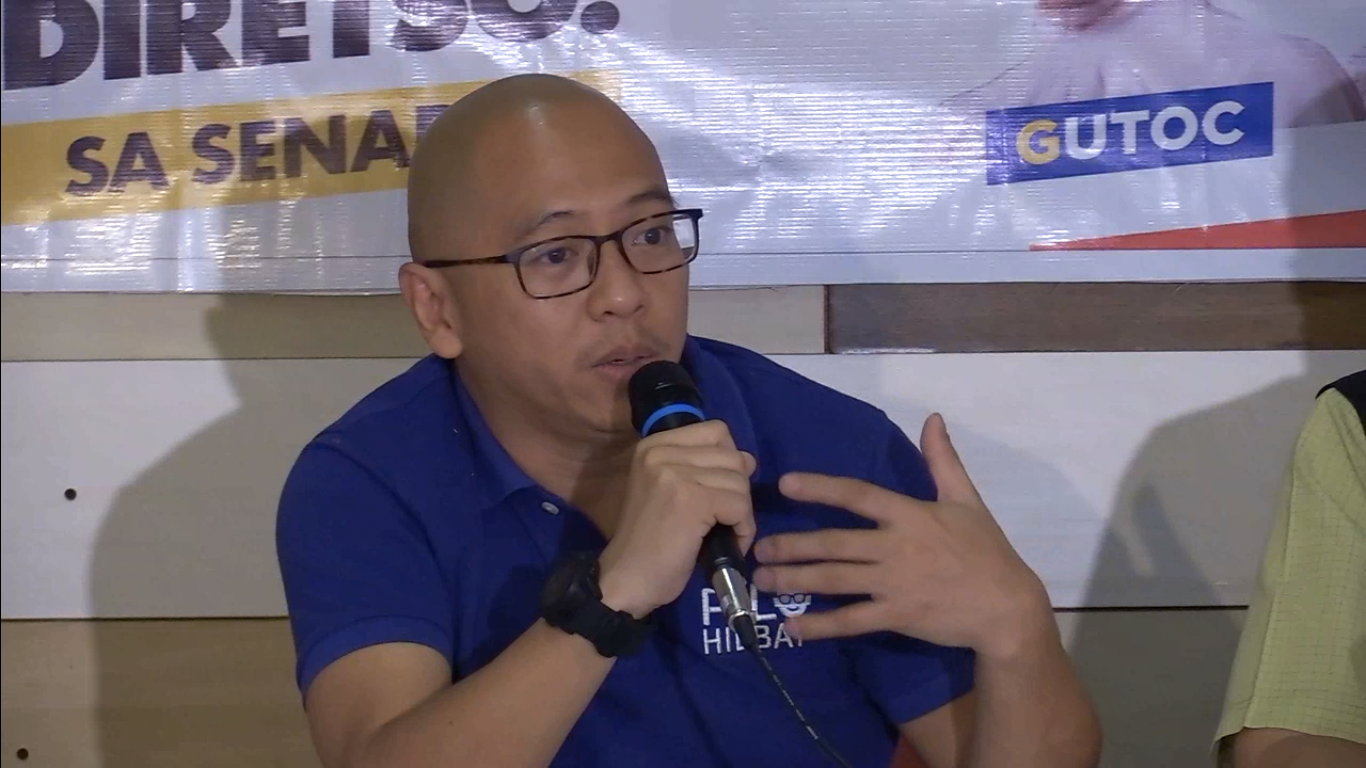 MANILA, Philippines — President Rodrigo Duterte on Tuesday accused senatorial candidate Florin Hilbay of being gay as he said God made a mistake when he created him.

“Florin Hilbay is a lawyer. But he’s gay. His girlfriend is Igot Isidro. They’re always together. Agot rather, not Igot. Do you think he’s gay? I don’t have a problem with gays, but this particular gay is a bully. They always criticize me, Hilbay and Agot, until they ended up being couple. Because they’re always together,” Duterte said in his speech during the Partido Demokratiko Pilipino–Lakas ng Bayan (PDP-Laban) in Tuguegarao City.

The President said Hilbay was made by God but quickly added that even God commits mistakes.

“He acts like a man and pretends that Agot is his girlfriend. Be true to yourself. You’re gay. Don’t hide behind a cover. You were made by God. God made a mistake. Just because he’s a God does not mean he is incapable of making mistakes,” he said.

Hilbay has responded to this remarks, making it clear he’s a man.

Aside from Hilbay, the President also accused Sen. Antonio Trillanes IV, one of his staunchest critics, as gay.

Despite his remarks, Duterte clarified he has nothing against gays.

“I was once gay. Am I straight or a gay? So what if I’m gay? What is it to them?  It’s my life. I deserve to be happy. Why stop the gays when they’re made by the government — God? It’s already God’s problem why he made gays,” he said. /cbb