Notre Dame fire in Paris: What we know so far 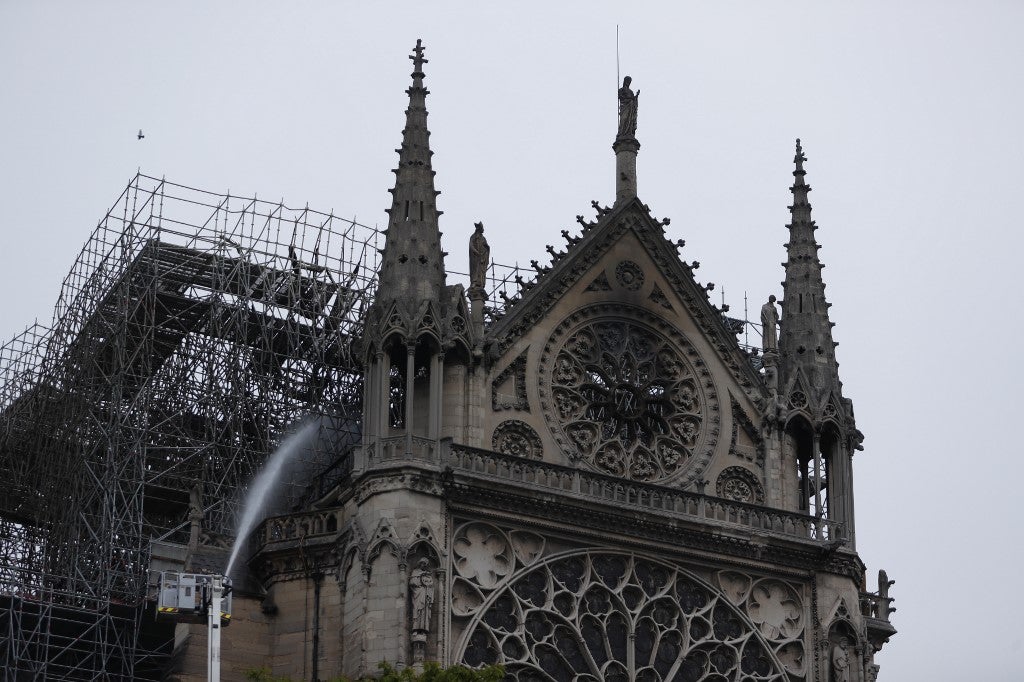 PARIS — A fire that spread from the attic of Notre Dame cathedral on Monday has caused its spire to crash to the ground, and devastated Paris’s historical monument.

This is what we know so far about the violent blaze:

Fire in the attic

“I was not far away, I saw the smoke. At first I thought it was the Hotel-Dieu (hospital) but then I realized it was the cathedral. When I arrived, ash was beginning to fall,” said Olivier De Chalus, head volunteer guide of the cathedral.

The cause of the blaze was not immediately known. It spread from the attic, and quickly across a large part of the roof.

The flames devoured the roof’s wooden frame, which is more than 100 meters in length and nicknamed “the forest.”

An investigation was opened for accidental destruction by fire, Paris prosecutors said.

Investigators were focussed on whether the fire spread from the site of ongoing reconstruction work on the roof of the cathedral, a source close to the investigation said.

Construction workers were spoken to Monday evening by investigators, the department said.

Firefighters announced early Tuesday the fire was “completely under control” and “partially extinguished.” Only “residual fires” were still burning.

Around 11:00 pm, they announced that the structure of the cathedral had been “saved and preserved.”

From the moment the fire was spotted, a major emergency operation was put in place to contain the blaze.

Four hundred firefighters with 18 fire hoses, some perched on cranes tens of meters off the ground, battled to contain the fire as quickly as possible.

However, using water-bombing aircraft — as suggested by US President Donald Trump — was not considered: “If used, (this) could lead to the collapse of the entire structure of the cathedral,” France’s civil security service tweeted.

At around 7:50 p.m., the cathedral’s spire — one of Paris’s most famous landmarks at 93 meters high — collapsed.

Within a few hours, a large part of the roof had been reduced to ashes.

“The fire affected two-thirds of the roof, which has collapsed, as well as the spire,” said Paris fire brigade chief Jean-Claude Gallet, adding that the operation was focussed on preserving the rear of the cathedral where the most valuable works are located.

Restoring the building will take “years of work,” said the newly elected president of the Bishops’ Conference of France, Eric de Moulins-Beaufort.

In response to “multiple requests” the Fondation du patrimoine, a heritage organization, will Tuesday launch a “national collection” for the reconstruction of Notre Dame, Anne Le Breton, deputy mayor of the French capital’s 4th arrondissement, said in a statement to AFP.

Overnight the Pinault family, one of the richest in France, pledged 100 million euros ($113 million) for Notre Dame.

French President Emmanuel Macron, who headed to the scene, said a “national undertaking” would be launched, and that “far beyond our borders, we will appeal to the greatest talents… who will contribute, and we will rebuild.”