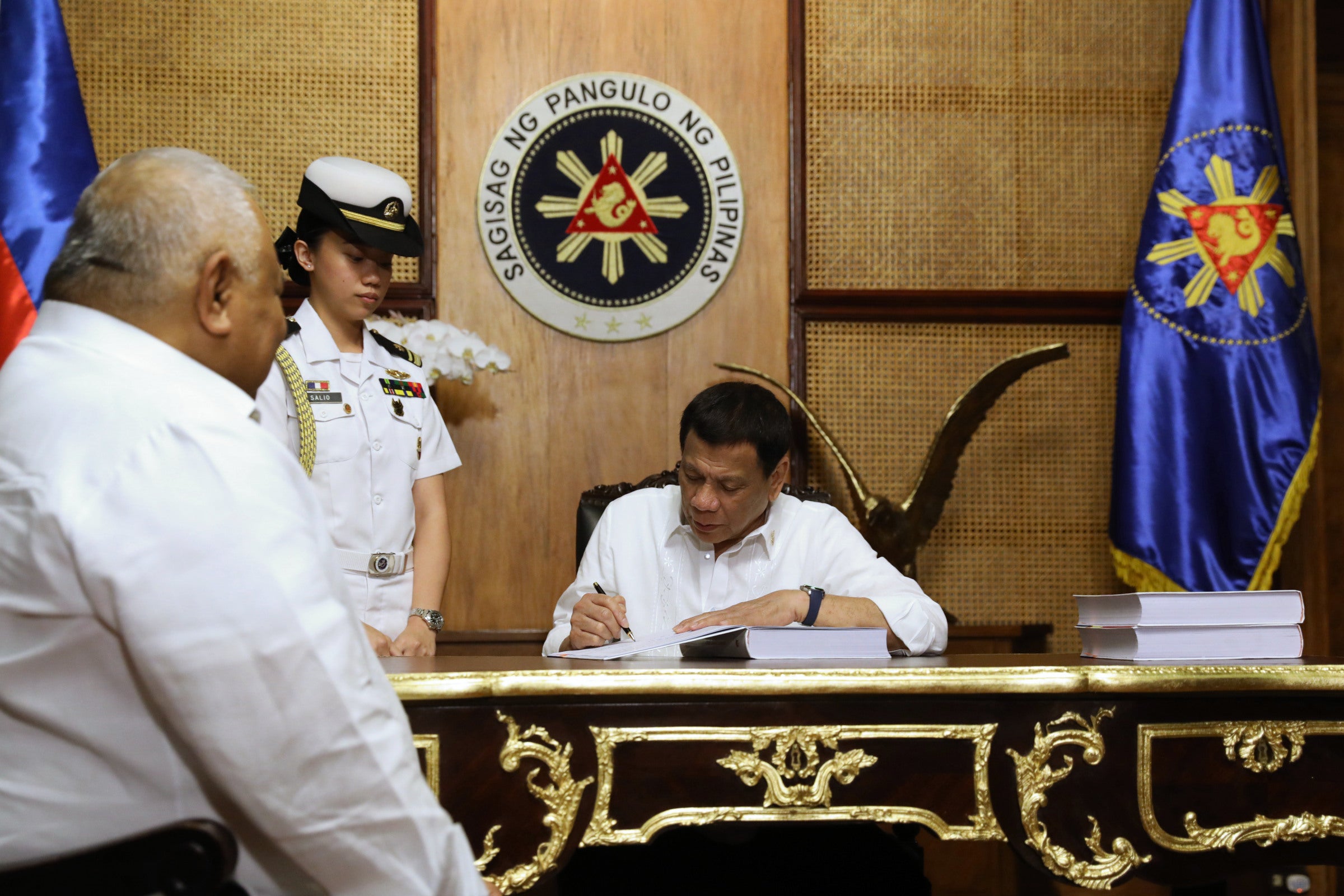 Presidential Spokesperson Salvador Panelo said in a Palace briefing that those vetoed portions “are the so-called insertions, riders. They are not part of the program by the DPWH. Hence, it violates the Constitution.”

President Rodrigo Duterte signed the much-delayed General Appropriations Bill (GAB) into law on April 15. The total approved national budget for this year was P3.757-trillion, but Duterte vetoed P95.3 billion of it.

“As I have said in my statement, those vetoed provisions are in violation of the Constitution or it is against certain statutes. That was also the statement made by the President,” he added.

When asked if the vetoed items are “pork,” Panelo said: “They are in violation of Constitution, whether you call it pork or beef or meat or fish. Those provisions are violative of the basic charter.”