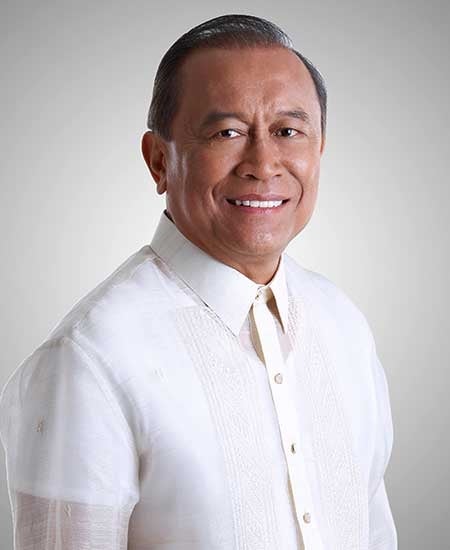 PUERTO PRINCESA CITY — Palawan stakeholders are split in the run-up to next year’s plebiscite on a new law dividing Palawan into three provinces.

Gov. Jose Chaves Alvarez has been openly behind the initiative — a push that was unsuccessfully undertaken by officials before him.

“It will speed up development because the chief executive officer will now be able to focus on a smaller area and with a bigger budget,” he said.

Under a new ruling on taxes issued by the Supreme Court, local governments will have more than 50 percent extra share of all national taxes on top of their existing internal revenue allocations, Alvarez said.

The governor shrugged off critics’ allegations that the law was meant to create more elective posts.

No reelection for governor

Under the law, the current governor is not allowed to run for reelection.

“This is done for the next generation of Palaweño leaders, hopefully mindful of the general welfare rather than enriching themselves in office,” Alvarez said.

Civil society groups have banded together in a campaign to block the final application of the law, which will be presented to the Palawan electorate in a plebiscite on the second Monday of May 2020.

“The division of Palawan is not the appropriate answer to the existing weak governance, corruption and natural resources use issues in the province,” said Cynthia Sumagaysay-del Rosario, chief social media campaigner of One Palawan and Save Palawan Movement.

The group had tried to block the passage of the bill, which was authored by three Palawan lawmakers in the House of Representatives and by Sen. Sonny Angara in the Senate.

“Up until now, we remain firm with our stand that Palawan doesn’t need to be divided because the Palaweños did not request it,” One Palawan stated in a statement released after Mr. Duterte signed the bill.

Palawan will be split into three provinces to be named Palawan del Norte, Palawan del Sur and Palawan Oriental.

The proposal’s main supporters are mostly local officials who share Alvarez’s assertion that the delivery of basic services, especially to far-flung areas, would improve.

“We support the division of Palawan for more development and easier management in the delivery of basic services,” Narra Mayor Lucena Demaala told the Inquirer.

Demaala, head of the provincial mayor’s league, said the group was also pushing for the creation of the three provinces into a separate administrative region that would detach Palawan from Mimaropa or Region IV-B.

“We can have our own regional center rather than going to Calapan as the center of Mimaropa,” Demaala said.

Apart from alleging that the bill was a form of gerrymandering to suit local politicians’ interest, critics have raised concern that the division of the province plays into China’s efforts to control the disputed West Philippine Sea.

“If China wants a military base in Palawan, mining rights or fishing rights, after the breakup it would have multiple officials with whom it can negotiate or bribe, playing one against the other,” said Anders Corr, a Europe-based political analyst on the South China Sea conflict.

“Instead of having to face a single, strong provincial government which can mobilize the entire island in its own defenses, China will now have the opportunity to infiltrate and influence smaller government units,” Hontiveros said.

The One Palawan campaign group also criticized the bill’s exclusion of Puerto Princesa City residents from the plebiscite.

The group is expected to challenge the law’s constitutionality in the Supreme Court.

“Palawan has been one province for a long time, but the basic needs and welfare of the island have yet to be addressed,” said Joy del Rosario, a netizen.

Jonathan Miano, an independent campaigner for dividing Palawan, said the old system did not solve the problem. “It is about time to have radical change and to give to the people services and mandate in a favorable way,” he said on social media.