Otso handlers: Struggle is real; last stretch will be ugly 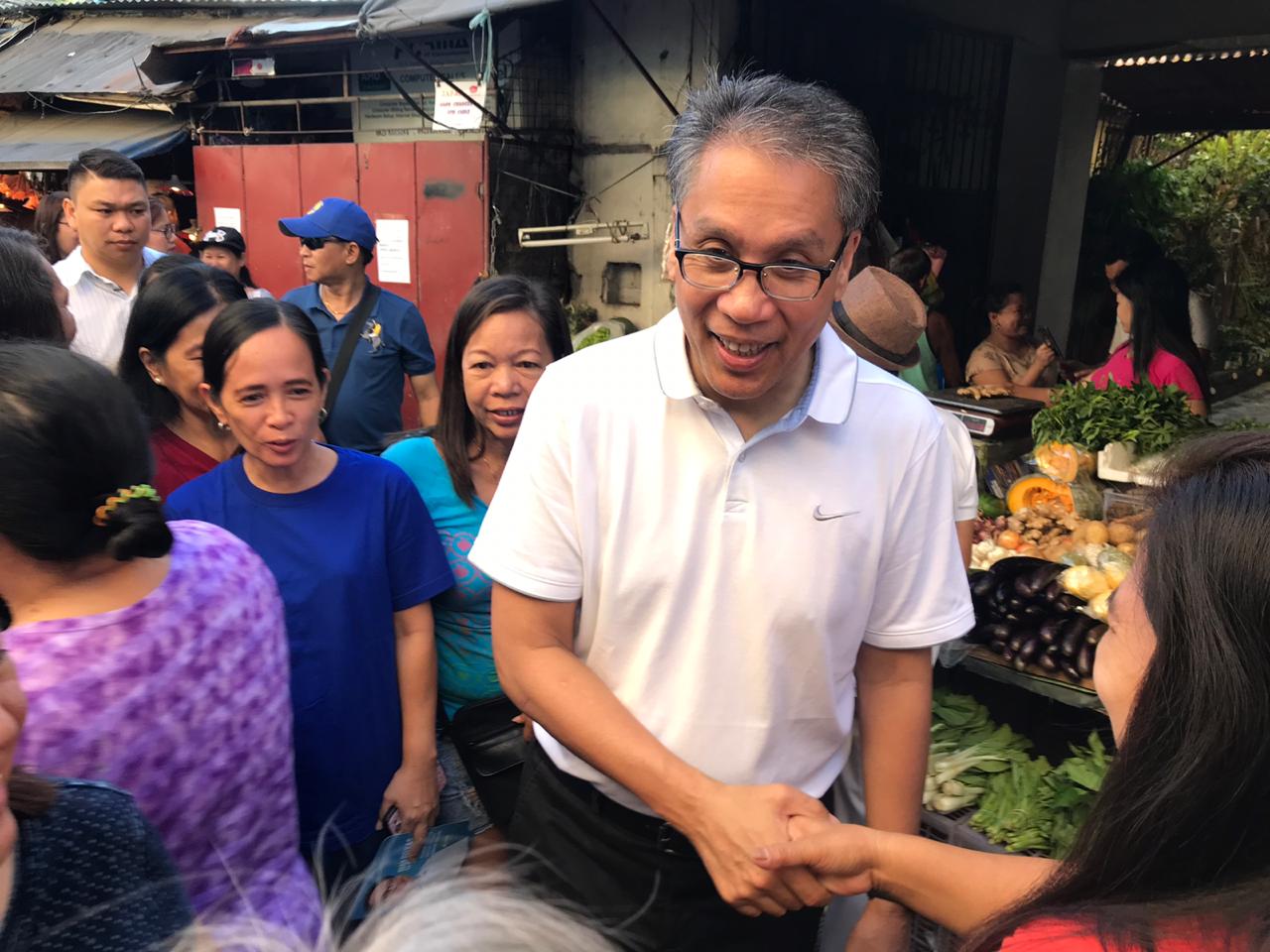 There’s one lesson senatorial candidate Mar Roxas learned the hard way from his losing presidential run in 2016, according to his campaign manager: He should never have worn yellow.

Yellow, after all, is the signature color of the Liberal Party (LP) and President Benigno Aquino III. Today, yellow, or colloquially, “dilawan,” is the catch-all epithet thrown by die-hard supporters of President Duterte at his detractors, Liberal or otherwise.

“It was a conscious decision [to change colors] because one mistake [Roxas] made in 2016 was acting like Robin to [Aquino’s] Batman … and Robin will never be Batman,” Erice told the Inquirer.

He said it was a bitter pill to swallow for the LP standard-bearer who “needed to get away from (Aquino’s) shadow” and, more importantly, to stay true to his own identity and political brand.

A month before the midterm polls, a similar but bigger predicament is faced by the rest of the Otso team whose last names are neither Aquino nor Roxas: How do they stamp their personal mark on the electorate as viable, electable candidates?

Except for Roxas and Sen. Bam Aquino, who are within range but struggling to stay in the winning circle of preelection surveys, Otso candidates have barely made headway in raising their profile.

“[The] biggest hurdle is lack of awareness. The reality is, raising awareness is achieved mainly through expensive TV ads that unfortunately cost hundreds of millions [that] we have not been able to raise,” Pangilinan told the Inquirer.

But there are other factors, according to some analysts.

In an interview with the Inquirer, a political strategist who ran a winning campaign in the 2016 elections, said the Otso slate made a bad move from the start.

In an election, “you invest in building brands,” the strategist said.

“Otso chose the collective brand. But in a Senate race, name recall is the name of the game. And they invested in a name that won’t even be on the ballot.”

Vice President and LP chair Leni Robredo sees a sinister hand behind “operations” to eliminate Otso’s two most popular candidates from the Magic 12.

“Operations are, to a certain extent, working to prevent them from making it to the top 12,” Robredo told reporters on  Thursday, without giving details.

Supporters of administration candidates attribute their rise to President Rodrigo Duterte’s endorsement, although strategists contend that it is more because they have avoided mistakes—like appearing in public debates. Instead, they chose to pour millions into ads and election paraphernalia.

Another factor in Otso’s disfavor, according to analysts, are the verbal attacks by the President himself that often targeted Roxas, Diokno, Alejano, Hilbay and Tañada.

In Roxas’ case, the President’s attacks were “unprovoked,” Erice said.

The Roxas campaign is taking pains not to make any personal attacks against the still-popular Mr. Duterte, unlike his teammates’ antagonistic approach, Erice said. “He speaks on specific policies, but not directly against the President,”  he added.

“I agree with most of them,” Erice said of the Otso members’ criticisms of Mr. Duterte. “But surveys show that all those who hit him are down. The harder you hit him, the lower you go.”

He cited the case of Alejano, known for his fierce jabs against Mr. Duterte and who once tried unsuccessfully to impeach the President. “He’s relatively famous but he has one of the lowest numbers,” Erice said.

The former Marine captain placed 26th to 35th in the Pulse Asia poll, second to the last among Otso contenders.

But Alejano said his confrontational stance was important and necessary. “Those who are playing safe and avoiding important election issues would likely be the same should they win a Senate seat,” he said in a statement to the Inquirer.

He added: “We should not entrust our votes, our future, to someone who only goes with the tide.”

Erice admitted that Roxas was intentionally putting distance between himself and Otso as well as broader opposition forces. “This is because whenever other Otso candidates speak out [against the President], Mar bears the brunt of it,” he said.

The gap between Roxas and the rest of the Otso candidates had been observed early on when he didn’t show up with them on the first day of the campaign in Erice’s district in Caloocan in February.

Instead, Roxas opted to kickstart his campaign in his Capiz hometown.

Rumors of a rift between Roxas and Bam Aquino have swirled, owing to a feud that dates back to 2016. Pure hogwash, said Erice, adding that “past is past.”

Roxas, who has rarely been seen with Otso candidates on the trail, was also absent from the campaign for days to attend to his newborn twins with wife, broadcaster Korina Sanchez.

Pangilinan, who did not address questions about tensions within the Otso camp, acknowledges the difficult climb ahead but remains optimistic.

“What we do not have in terms of billions of money and machinery we will have to make up for by drawing support from and inspiring tens of thousands of volunteers and concerned citizens nationwide who believe that we need an independent Senate composed of men and women with integrity and honesty,” he said.

“It is an uphill battle worth fighting,” Pangilinan said.

Erice said the last month of campaigning would be a bloodbath: “It will be ugly. It will be a dogfight. Only the fittest will survive.”