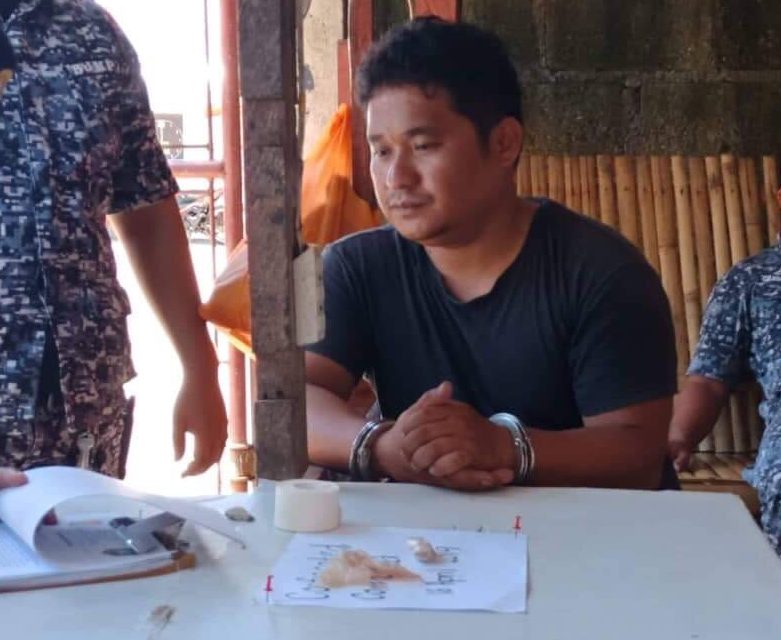 Suspect Delbert Suganob was arrested Saturday after he allegedly to have inserted one sachet of shabu wrapped in a condom into his anus when he visited the Tagbilaran City Jail. Photo courtesy: Willie Maestrado

TAGBILARAN CITY, Bohol — Authorities on Saturday arrested a 38-year-old man who tried to sneak suspected shabu (crystal meth) inside the Tagbilaran City Jail by inserting it into his anus.

Seized from Delbert Suganob of Barangay Poblacion Ondol in Loboc town was one medium-sized sachet of suspected shabu placed inside a condom.

Suganob was about to visit a friend who was jailed at the facility at past 10 a.m. on Saturday.

During the inspection, the guard saw a “plastic” at the suspect’s anus. When it was pulled out, they found out it was a condom containing a sachet of suspected shabu.

Suganob refused to name his source and who ordered him to deliver the contraband.

He will now celebrate his birthday on April 18 inside the jail. /lzb