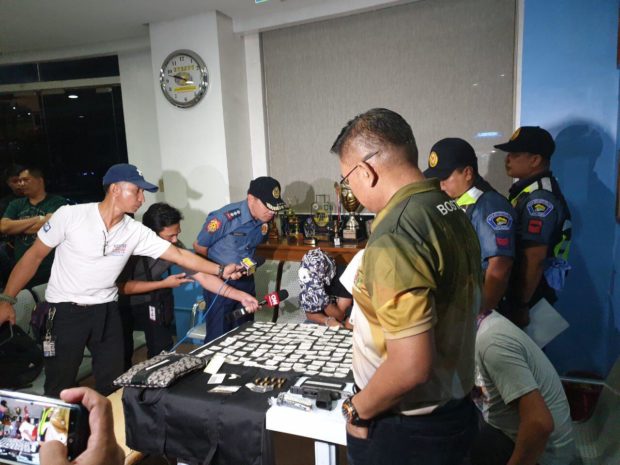 Police officers inspect the pieces of evidence confiscated from the two suspects during a buy-bust operation in Makati City. Photo courtesy of Makati police station

MANILA, Philippines — A student and his accomplice were arrested for illegal possession of drugs and firearms and P1.5-million worth of shabu was seized from them during a buy-bust operation in Makati City on Friday afternoon.

Police identified the arrested suspects as John Revidad, 22, student from City University of Pasay; and Melvin Bulado, 21, a shopping mall merchandiser in Makati. 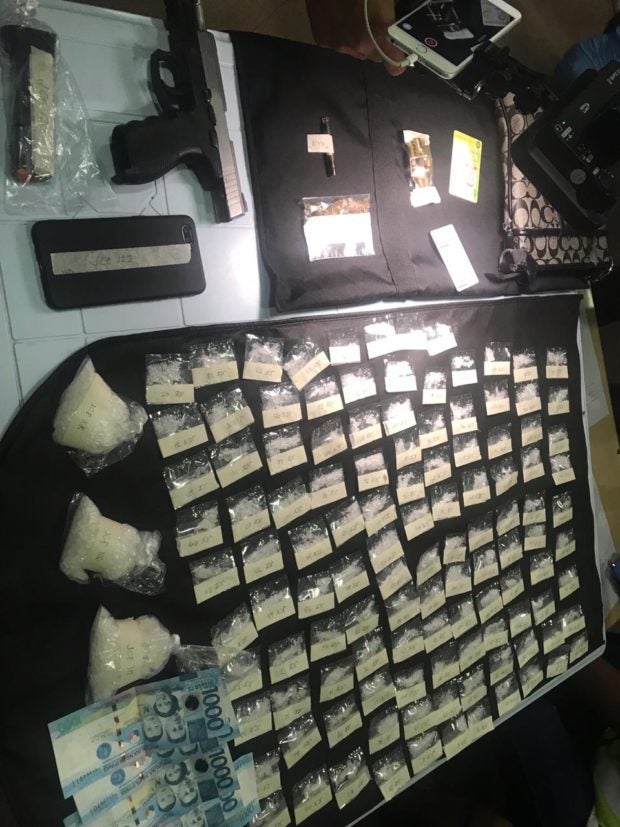 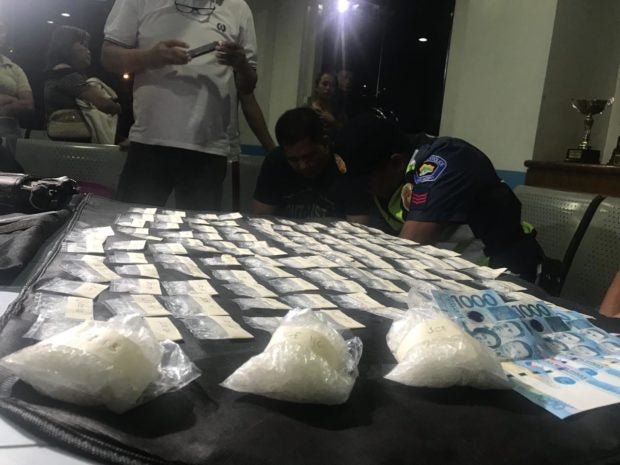 However, another suspect, Edgardo Sanchez Fontanilla, managed to flee and is now the subject of a police manhunt operation.

The suspects were brought to the police station for detention for charges of violations of the Republic Act 10591 in relation to the Omnibus Election Code and Comprehensive Dangerous Drugs Act of 2002. /jpv