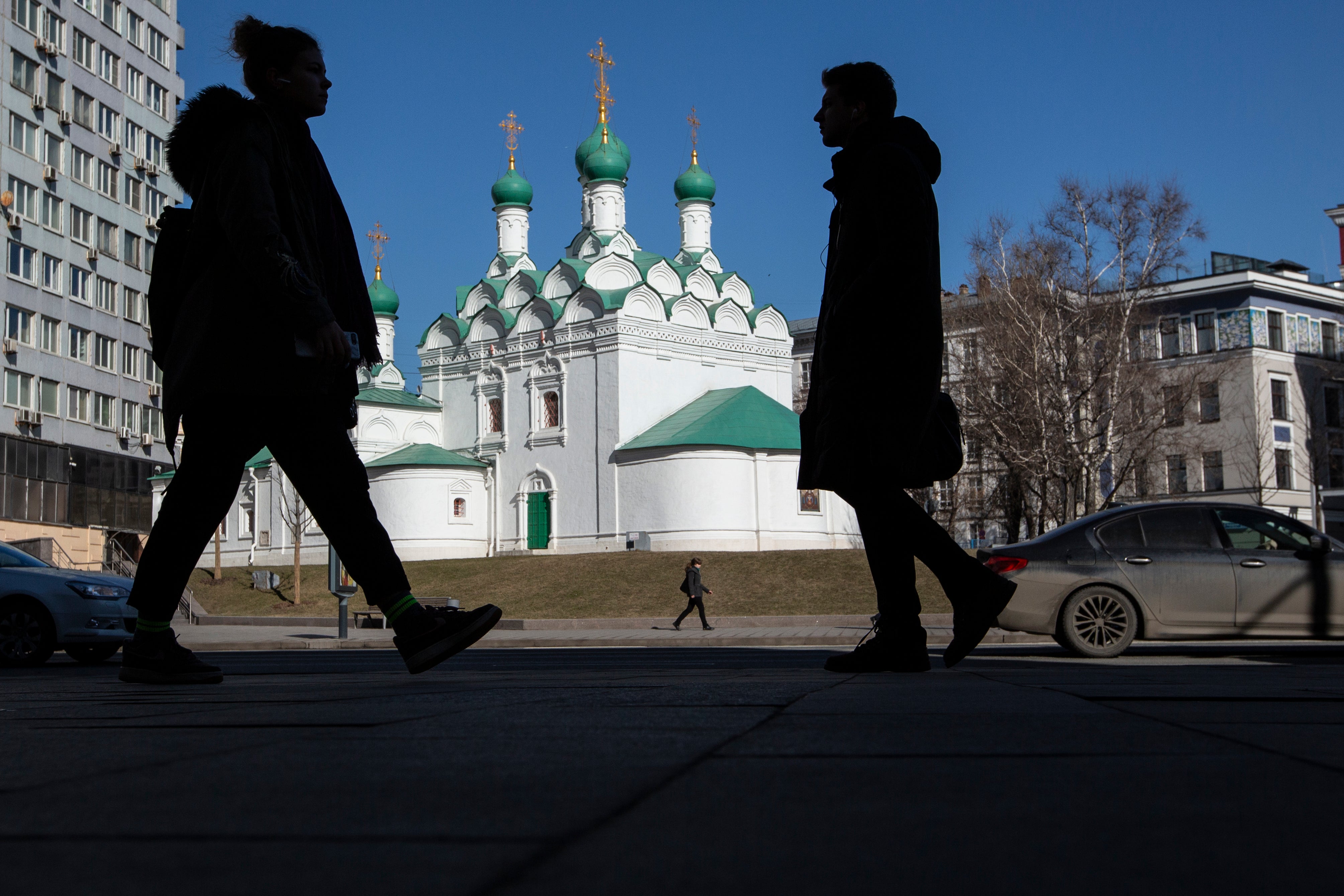 People are silhouetted as they walk along an avenue past an old Orthodox church in the background in Moscow, Russia, Tuesday, April 2, 2019. (AP Photo/Alexander Zemlianichenko)

MOSCOW, Russia — Russian lawmakers on Thursday approved in a key second reading a controversial bill that would allow Moscow to cut off the country’s internet traffic from foreign servers.

Lawmakers in the State Duma, parliament’s lower house, voted 320 to 15 to pass the proposed bill.

It is set to take effect on November 1 once it formally becomes law.

The proposed measures would create technology to monitor internet routing and steer Russian internet traffic away from foreign servers, ostensibly to prevent a foreign country from shutting it down.

Authors of the initiative say Russia must ensure the security of its networks after US President Donald Trump unveiled a new American cybersecurity strategy last year that said Russia had carried out cyber attacks with impunity.

The legislation has been dubbed a “sovereign internet” bill by Russian media.

Critics say implementing the measures would be expensive and give vast censorship powers to the government’s new traffic monitoring center.

“It’s a bill on digital slavery and the introduction of censorship for the web,” said Sergei Ivanov, a member of the nationalist Liberal-Democratic Party.

The bill’s authors insist however that the measures only outline a plan to make Russian internet “more secure and reliable”.

“The bill’s popular name — ‘The Chinese Firewall’ — has nothing to do with our initiative,” said Leonid Levin, a lawmaker from the ruling United Russia party which dominates Russian parliament. /muf