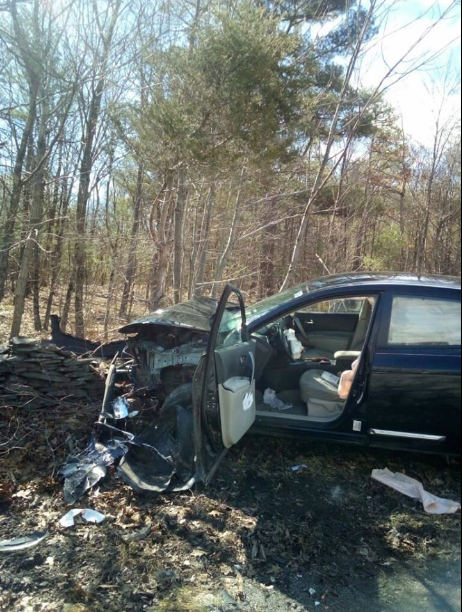 A woman driving in New York, United States crashed her car after possibly spotting an unlikely passenger: a spider.

The local Cairo New York Police Department shared on Wednesday, April 10, that the unnamed driver “panicked and crashed” her vehicle while on the wheel in Silver Spur Road, as per its Facebook post.

The driver sustained a leg injury due to the crash.

Aside from police, local medics and the fire department responded to the scene.

“It is believed that the operator of the vehicle noticed a SPIDER in the driver’s area with her as she was driving,” the police department’s post said.

“We know that it is easier for some drivers than others but PLEASE, try to teach new drivers and yourselves to overcome the fear and pull over to a safe place,” the police department said. “Lives depend on it.”

This was not the first time a driver got shocked due to an insect. In Singapore, a cockroach was the reason why a 61-year-old driver crashed her car in the stairs of an overpass. NVG