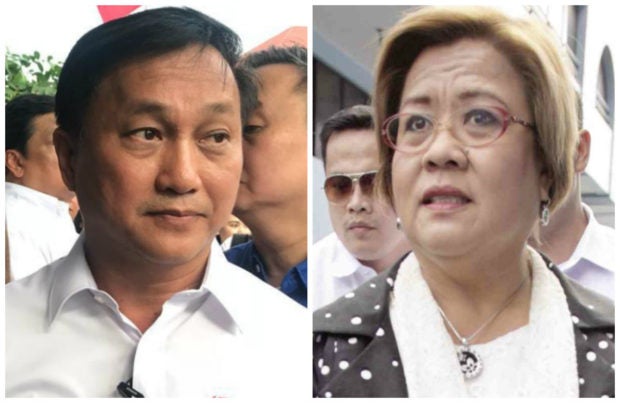 MANILA, Philippines—The Senate Electoral Tribunal (SET) has officially dismissed the protest filed by defeated 2016 senatorial candidate Francis Tolentino against Senator Leila De Lima as it releases the results of the recount of the contested ballots.

In a resolution dated Feb. 21, 2019, which was released only last April 4, the SET granted the motion of Tolentino withdrawing his electoral protest and De Lima’s appeal to release the results of the initial poll recount.

Early this year, Tolentino “voluntarily” withdrew his electoral protest to allegedly give his “undivided attention” in campaigning for a Senate seat in the upcoming 2019 midterm elections. He is running under the ruling PDP-Laban party.

In the 31-page resolution, the tribunal also granted De Lima’s motion to make public the results of the revision and appreciation of recount proceedings covering 319,228 ballots from 654 clustered precincts that were earlier examined.

The SET noted that the results of the initial determination of the concluded revision of pilot precincts did not show any proof of alleged irregularities in the 2016 polls.

“The results negated his allegations that pre-loaded SD cards were used or that his votes were not counted,” the SET noted.

In the 2016 national elections, De Lima placed 12th, enough for the last spot in the Senate’s “Magic 12.” She was followed by Tolentino, who ranked 13th and claimed that there were irregularities in the counting of votes, which allowed De Lima to win.

Tolentino also claimed that there was an illegal by-pass of the Automated Election System (AES).

The SET, however, stressed that the tally of votes covering 319,228 ballots from 654 precincts during the recount even resulted to an increase of 895 votes for De Lima and only 702 for Tolentino or a net gain of 193 votes in favor of the former justice secretary.

The tribunal further stated that Tolentino also failed to prove his accusation that the ballots in 4,120 clustered precincts were pre-shaded because there was an improbable 100 percent voter turnout.

“As to the alleged illegal by-pass of the AES, the evidentiary weight of the evidence presented by the Protestant, both documentary and testimonial, was not taken into consideration by the Tribunal as the reception of evidence relative thereto was not completed,” SET pointed out.  /muf