Malaysian, who escaped from Abu captors, dies in Zamboanga hospital 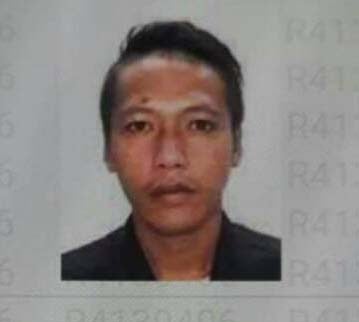 Colonel Gerry Besana, public affairs officer of the Western Mindanao Command (Westmincom), announced on Wednesday that Abdullah died at 1:17 p.m. on April 9 at the intensive care unit of the privately-owned West Metro Medical Center in this city.

“Abdullah’s death was caused by gunshot wounds inflicted by his captors during the rescue operation,” Besana said.

The Malaysian was rescued after he managed to escape from his captors last April 4 when the marine troops were pursuing the Abu Sayyaf under the group of Najir Arik on Simisa (formerly Simusa) Island in Banguingui town in Sulu province.

A day after his rescue, two Indonesians – Heri Ardiansyah and another only identified as Hariadin, were also rescued by the Philippine Marine Ready Fleet Sulu from their captors, in the waters off Simisa Island. Unfortunately, Hariadin drowned during the rescue mission.

The three men were fishing on Pegasus Reef, Sabah, Malaysia when they were kidnapped by armed men believed to be Abu Sayyaf on December 6, 2018.

Besana said Abdullah’s dying moments were witnessed by “his family, the Malaysian Consul General and officials of the International Monitoring Team.”

(The International Monitoring Team referred to by Besana was the group based in Westmincom and composed mostly of Malaysians and Indonesians involved in monitoring the peace accord between the government and the Moro Islamic Liberation Front).

He said members of Abdullah’s family, who flew to Zamboanga City soon after they were informed of his rescue, “executed a waiver, consenting the removal of his life support.”

Ardiansyah, on the other hand, has been formally turned over to the Indonesian Embassy’s defense attache, Colonel Sigit Himawan Sutanto, in Manila on April 9.

The body of Indonesian Hariadin was also brought to the national capital on April 8 and turned over to the Indonesian consular official in Manila, said Besana./lzb