Judge: Neo-Nazi website founder, who stayed in Philippines, must be in US for deposition 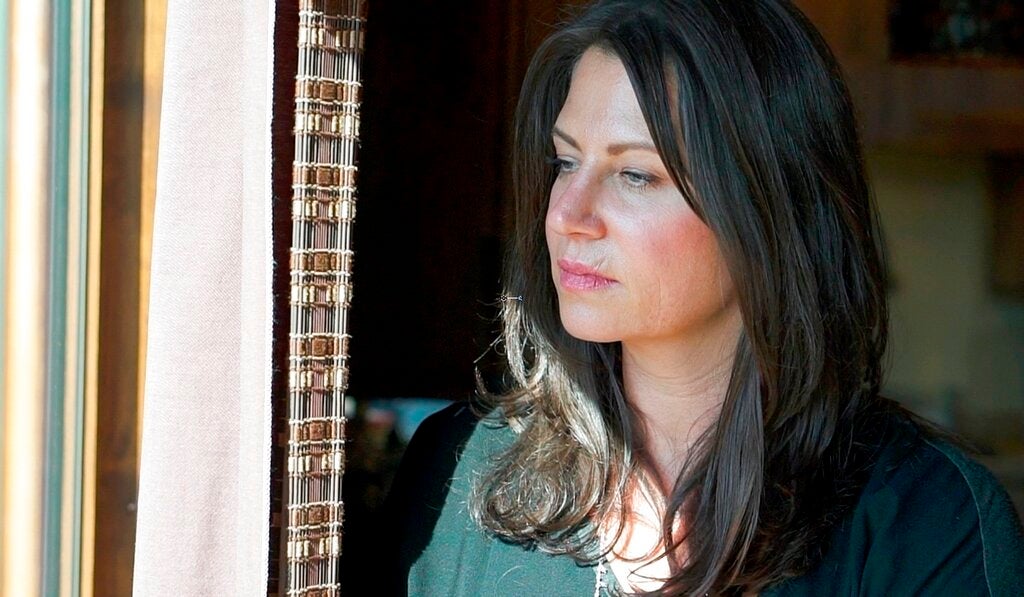 In this undated file photo provided by the Southern Poverty Law Center, Tanya Gersh poses for a photo. Magistrate Judge Jeremiah Lynch ruled Friday, April 5, 2019 that The Daily Stormer founder Andrew Anglin is not excused from returning to the U.S. for questioning in a lawsuit accusing him of orchestrating an anti-Semitic “troll storm” against Gersh, a Montana real estate agent, and her family family. (Southern Poverty Law Center via AP)

A neo-Nazi website operator must be present in the U.S. for questioning under oath in a lawsuit accusing him of orchestrating an anti-Semitic “troll storm” against a Montana real estate agent’s family, a federal judge has ruled.

The Daily Stormer founder Andrew Anglin says he lives abroad and says it’s too dangerous for him to travel to the U.S., but Magistrate Judge Jeremiah Lynch ruled Friday that Anglin’s personal safety concerns are “factually unsupported” and no basis for a protective order sparing him from an in-person deposition in the U.S.

One of Anglin’s attorneys, Marc Randazza, said in a text message Monday that his client has made it clear to him and to the court that he won’t return to the U.S. Randazza said he expects that Anglin would “willingly” accept a default judgment against him before returning to the U.S. for a deposition by Tanya Gersh’s attorneys from the Southern Poverty Law Center.

“The end result of that will be that the SPLC will get a piece of paper, my client will pay nothing and there won’t even be a decision on the legal merits, at least clarifying the law. Everyone loses,” Randazza wrote.

In the lawsuit she filed in Montana against Anglin in 2017, Gersh says anonymous internet trolls bombarded her family with hateful and threatening messages after Anglin published their personal information, including her 12-year-old son’s Twitter handle and photo.

In a string of posts, Anglin had accused Gersh and other Jewish residents of Whitefish, Montana, of engaging in an “extortion racket” against the mother of white nationalist Richard Spencer. Gersh says she had agreed to help Spencer’s mother sell commercial property she owns in Whitefish amid talk of a protest outside the building. Sherry Spencer, however, later accused Gersh of threatening and harassing her into agreeing to sell the property.

Anglin, an Ohio native, says he hasn’t been to the U.S. since 2012. He refuses to disclose his current whereabouts, saying he gets death threats. But he has said he took up residency in the Philippines sometime before 2010, moved to Greece in 2013 and then moved to Cambodia four days before Tanya Gersh sued him in 2017.

Gersh’s lawyers say Anglin hasn’t presented any proof that does, in fact, currently live outside the U.S.

David Dinielli, deputy legal director for the Southern Poverty Law Center, said, “The court correctly ruled that Andrew Anglin – who still refuses to disclose his whereabouts – must sit for a deposition in the United States. We will proceed accordingly.”

Anglin’s attorneys had argued the court can order Anglin’s deposition to take place abroad or by telephone or video conference. Court records show Anglin suggested meeting in Cuba or Venezuela for his deposition — a suggestion that Gersh’s attorneys found dubious.

“Since the outset of this case, (Anglin) has displayed a pattern of disregard for the authority of this Court and the seriousness of these proceedings,” they wrote in a court filing.

Gersh’s attorneys said they recently deposed Richard Spencer “without incident, and without publicizing either the fact of the deposition or its location or timing.” Lynch said he is willing to order that the time and place of Anglin’s deposition be kept confidential.