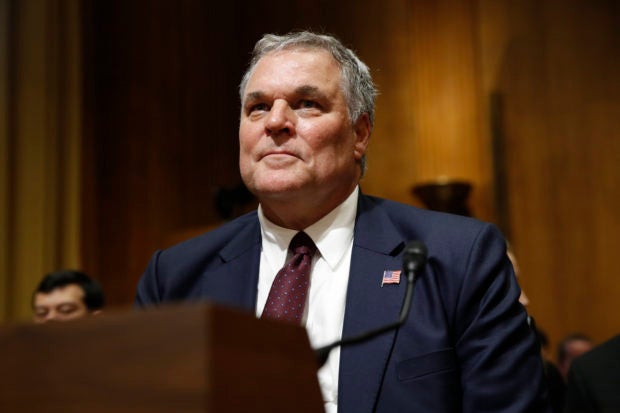 WASHINGTON – IRS Commissioner Charles Rettig, asked to deliver President Donald Trump’s tax returns to a Democratic-controlled House panel, is facing off with lawmakers on Capitol Hill on Tuesday for the first time since last week’s request.

Rettig is sure to face questions from a House Appropriations Committee panel on the topic Tuesday afternoon.

Treasury Secretary Steven Mnuchin squares off with lawmakers in the morning.

The White House has signaled it’ll fight the request.

Last week, Ways and Means Committee Chairman Richard Neal, D-Mass., sent a letter to Rettig asking for six years of Trump’s personal and business returns by Wednesday, relying on a 1924 statute that says the Treasury Department “shall furnish” them when requested.

The IRS is part of Treasury.

Trump has broken with tradition by not voluntarily releasing his tax returns. He routinely says — as he did Friday — that he’s under audit and therefore won’t release his returns.

But IRS officials have said that taxpayers under audit are free to release their returns.

Democrats want access to the returns as part of investigations into Trump’s business dealings and his campaign. Trump’s private attorneys have asked Treasury to deny the request as well. /gsg