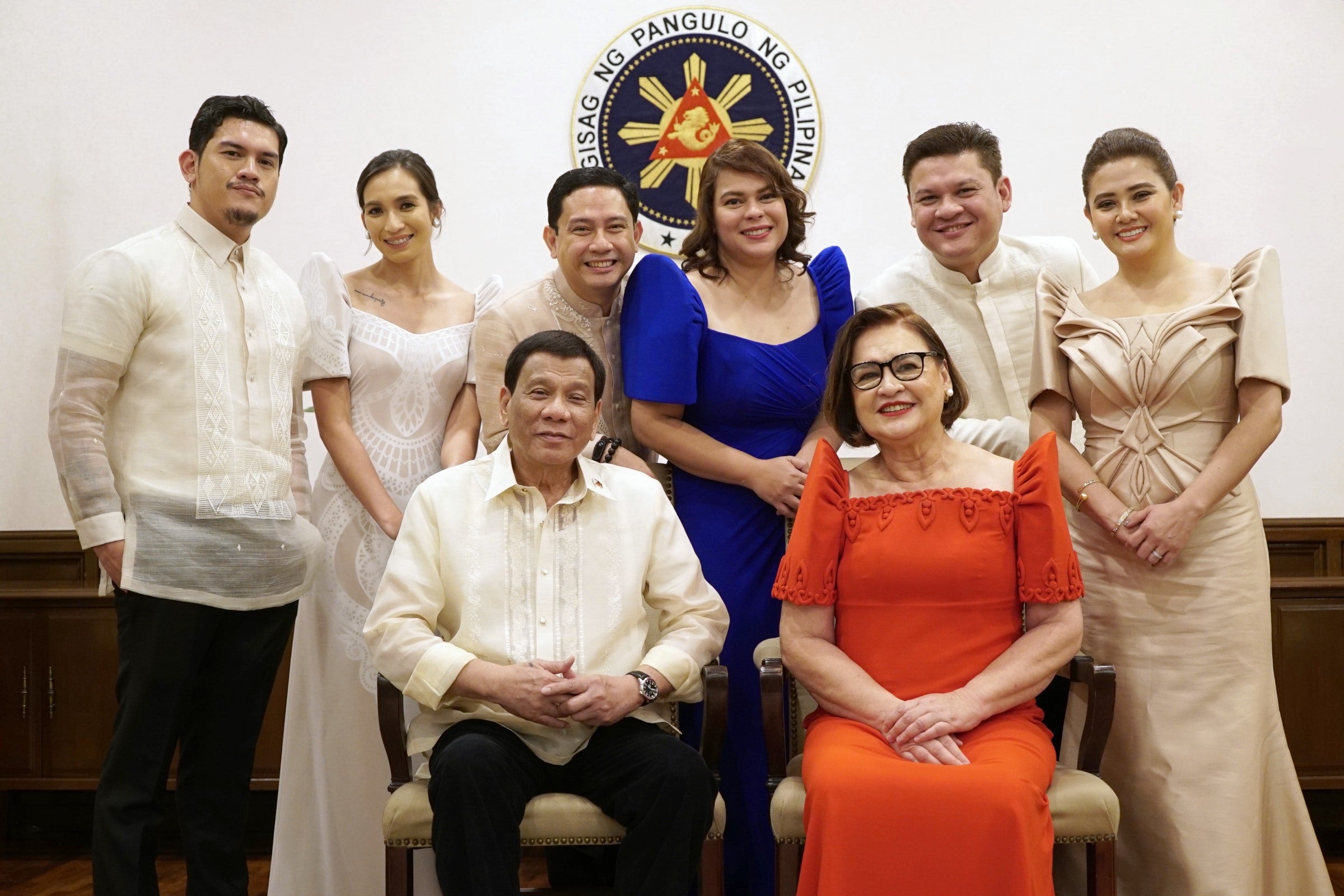 President Rodrigo Roa Duterte poses for a photo with the first family after delivering his third State of the Nation Address (SONA) at the Session Hall of the House of Representatives Complex in Constitution Hills, Quezon City on July 23, 2018. KING RODRIGUEZ/PRESIDENTIAL PHOTO

MANILA, Philippines — Malacañang on Tuesday dared critics to file charges if they truly believed that the rise in the wealth of President Rodrigo Duterte’s family was ill-gotten.

Presidential Spokesperson Salvador Panelo made the remark after former Chief Justice Maria Lourdes Sereno said Duterte must explain the significant increase in his family’s earnings instead of saying it was nobody’s business.

“If PCIJ (Philippine Center for Investigative Journalism) and Sereno believe that the increases are ill-gotten wealth, they should file the appropriate charges,” Panelo told INQUIRER.net in a text message.

In a separate statement, Panelo said they find Sereno’s remark “ironic” as the former top magistrate was ousted for her alleged failure to submit her Statements of Assets, Liabilities and Net Worth (SALNs) when she worked as professor in UP Diliman prior to her appointment to the Supreme Court.

“Article 11, Section 17 of the 1987 Constitution requires public officials to file their SALN. PRRD already did that, unlike Atty. Sereno who failed to faithfully file her SALNs while in UP when she applied for the top magistrate post at the High Court,” the Palace official said.

Panelo, who is also Duterte’s chief legal counsel, likewise stressed that the law only required public officials to “file” and not to “explain” increases in their income.

“Any contrary argument is an undue expansion of the commands of the law pertaining to the transparency of a public official or employee’s property,” he added.

The PCIJ, in three-part report, earlier revealed significant increases in the incomes of the President and his children, Davao City Mayor Sara Duterte-Carpio and former Vice Mayor Paolo Duterte, while they were in public office.

Using data curated from his statements of assets, liabilities and net worth (SALNs), PCIJ said the net worth of the President, a former mayor, rose 195 percent from P9.69 million in 2007 to P28.54 million in 2017.