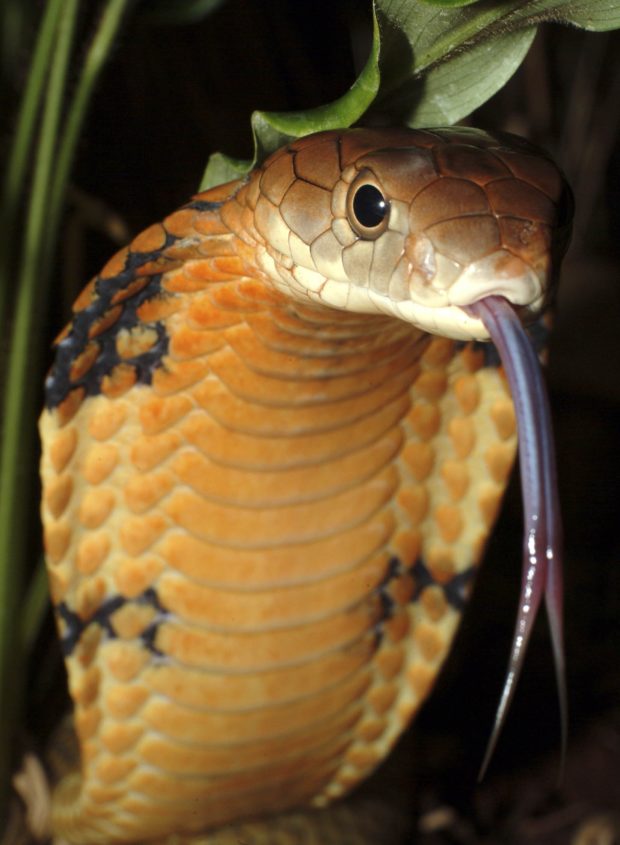 SAN PEDRO CITY, Philippines — Wildlife conservationists urge more public awareness of dealing with the king cobra (Ophiophagus hannah), as dozens of the venomous snake have reportedly been killed, usually bludgeoned to death, in several provinces in the country.

Sightings of the relatively rare species of snake in human settlements have become frequent, as this is its breeding season and the weather is really hot.

“Too much hot or too much dry [weather] drive them out of their burrows to look for new habitats,” said Emerson Sy of the Philippine Center for Terrestrial and Aquatic Research (PCTAR).

King cobras, usually found on forest edges, are the longest of venomous snakes. An adult king cobra could measure up to 5.5 meters.

The king cobra mainly feeds on other snakes.

He appealed for public awareness of how to deal with the snake, as killing it could do humans more harm.

“In one instance, that happened many years ago, [a person] died trying to kill a king cobra. The snake was already clinically dead, but its involuntary muscles still moved and the person got bitten,” Sy said.

If a person encounters a king cobra, the best thing to do, according to Sy, is to step out of the away and allow the snake to leave.

The king cobra, considered an “apex predator” for being on top of the food chain, has an important role in keeping the ecological balance, Sy said.

King cobras feed on and help control the population of other snakes, which in turn feed on rats and farm crops.

At present, the king cobra is listed under the “other threatened species” status, primarily due to the lack of research on this species.