Suspect nabbed in apartment owned by village chair who was on President’s narcolist
By: Dexter Cabalza - Reporter / @dexcabalzaINQ
Philippine Daily Inquirer / 05:06 AM April 09, 2019 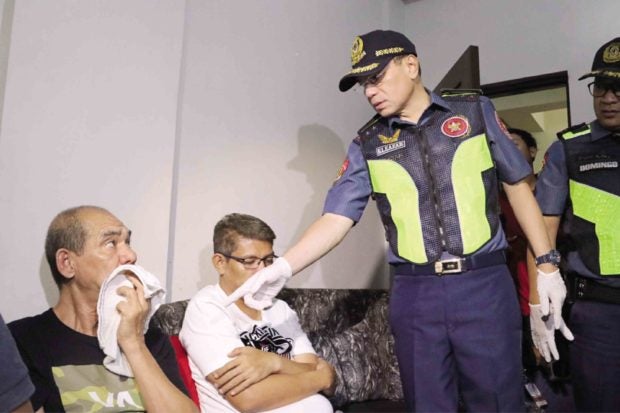 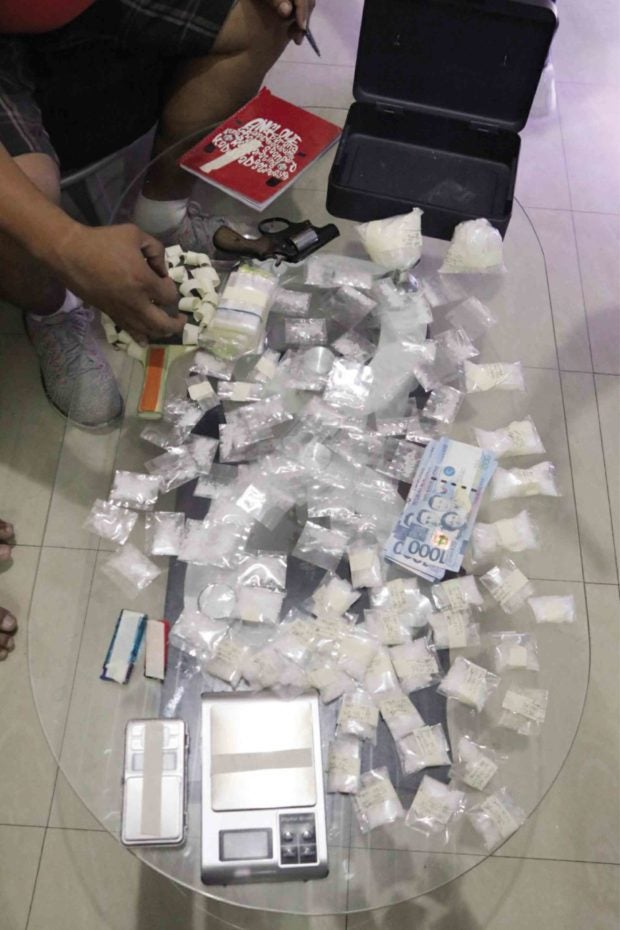 MANILA, Philippines — The alleged leader of a drug group being linked to narcopoliticians and rogue policemen was arrested in an entrapment operation in Sampaloc, Manila, on Monday.

Porferio Pementera or “Jon-Jon,” 36, the supposed leader of the gang named after him, was taken into custody, along with Orlando Naguinlin, 56 and Joseph dela Cruz, a village watchman who allegedly tried to interfere with the drug bust.

Antidrug operatives from the National Capital Region Police Office (NCRPO) and Manila police found in Pementera’s apartment on Simoun Street in Barangay 484 around P3.5 million worth of “shabu” or crystal meth, a gun, a handheld radio and drug paraphernalia.

According to Maj. Gen. Guillermo Eleazar, NCRPO chief, charges will also be filed against the unidentified barangay chair who owned the apartment rented by Pementera.

A background check showed that the official was on President Rodrigo Duterte’s narcolist.

Eleazar said Pementera’s group operated in Manila and Quezon City. It had links to Ronnie Labongray Jr., a Barangay 561 councilor, who was killed by antidrug operatives trying to arrest him in his house on March 28.

Labongray was on the narco watchlist of the Philippine Drug Enforcement Agency, Eleazar said, adding that he was arrested in 2017 for drug pushing but was released last year after his case was dismissed.

According to Eleazar, Pementera and Labongray were involved in the drug activities of former Police Corporals Jolly Aliangan and Joel Padre Juan.

Padre Juan, who was last assigned at the Sampaloc police’s anticrime unit, was killed by unidentified gunmen in July 2018.

Aliangan was currently detained at Manila City Jail after his arrest in May 2016 by National Bureau of Investigation agents who found drugs, P6.9 million in cash and high-powered firearms in his house in Sampaloc.

Aliangan, formerly assigned at an antidrugs unit, had been accused of recycling drugs seized during police operations. He was also allegedly selling drugs sourced from a drug lord serving time in New Bilibid Prison.