SANDY HOOK, N.J. — Volunteers cleaning up New Jersey beaches last year found everything but the kitchen sink. Oh wait, they found one of those, too. 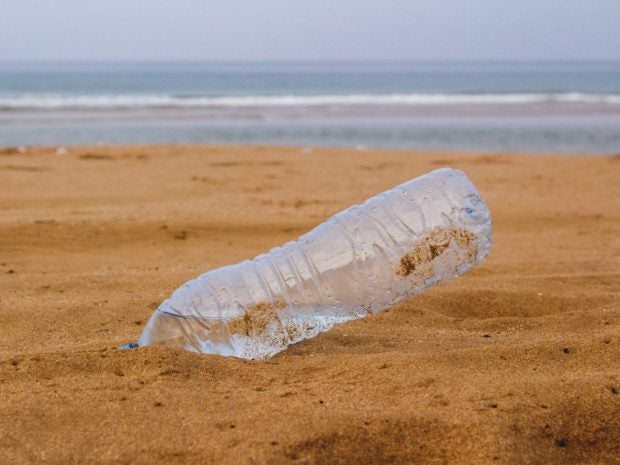 Unsurprisingly, nearly 82% of the trash removed during Clean Ocean Action’s beach sweeps last spring and fall was plastic, including beverage bottles, shopping bags, straws and stirrers, and foam pieces. Interestingly, the number of cigarette butts picked up — 22,000 — was down by nearly a quarter from a year earlier.

More than 10,000 volunteers plucked 454,365 pieces of debris from the ocean coast, bay shores and the banks of rivers, lakes and streams as part of the annual survey by the coastal environmental group that tallies the garbage left behind on the state’s beaches.

“The Beach Sweeps provides proof we humans can be a wasteful, sloppy, and pretty gross bunch,” said Cindy Zipf, the group’s executive director. “Who leaves diapers on the beach? It’s bad enough that litter makes our beaches look terrible, but it also kills and maims marine life. The good news is that the beach sweeps also proves we have great capacity to respond to environmental harm.”

Balloons reached an all-time high: 5,470 of them were found. They are particularly hazardous to marine life, including sea turtles that mistake them for jellyfish and eat them, often strangling their intestines. Shorebirds can get entangled in balloon strings, as can fish. Several Jersey shore towns have banned balloon releases for these reasons.

Stout-hearted volunteers wearing gloves also picked up 565 condoms last year, an increase of more than 56% from 2017. Volunteers removed 267 baby diapers, up 78% from a year earlier.

But some trash was more unusual: a fake $100 bill, a Philadelphia rail token that appeared to be from the 1930s, the door from a portable restroom, a plastic pig, and a sex toy.

Some medical waste was also found, though not at the levels it reached in the late 1980s, when it was an epidemic on Jersey beaches.

Other items included a shoe with a bottle of hot sauce inside it, a large lump of coal, the door to a safe, pom-poms, a loaf of bread, a bag of lemons, and an air conditioner. And an actual kitchen sink.

Since 1985, the group’s volunteers have removed nearly 7 million items of trash from New Jersey’s beaches. NVG