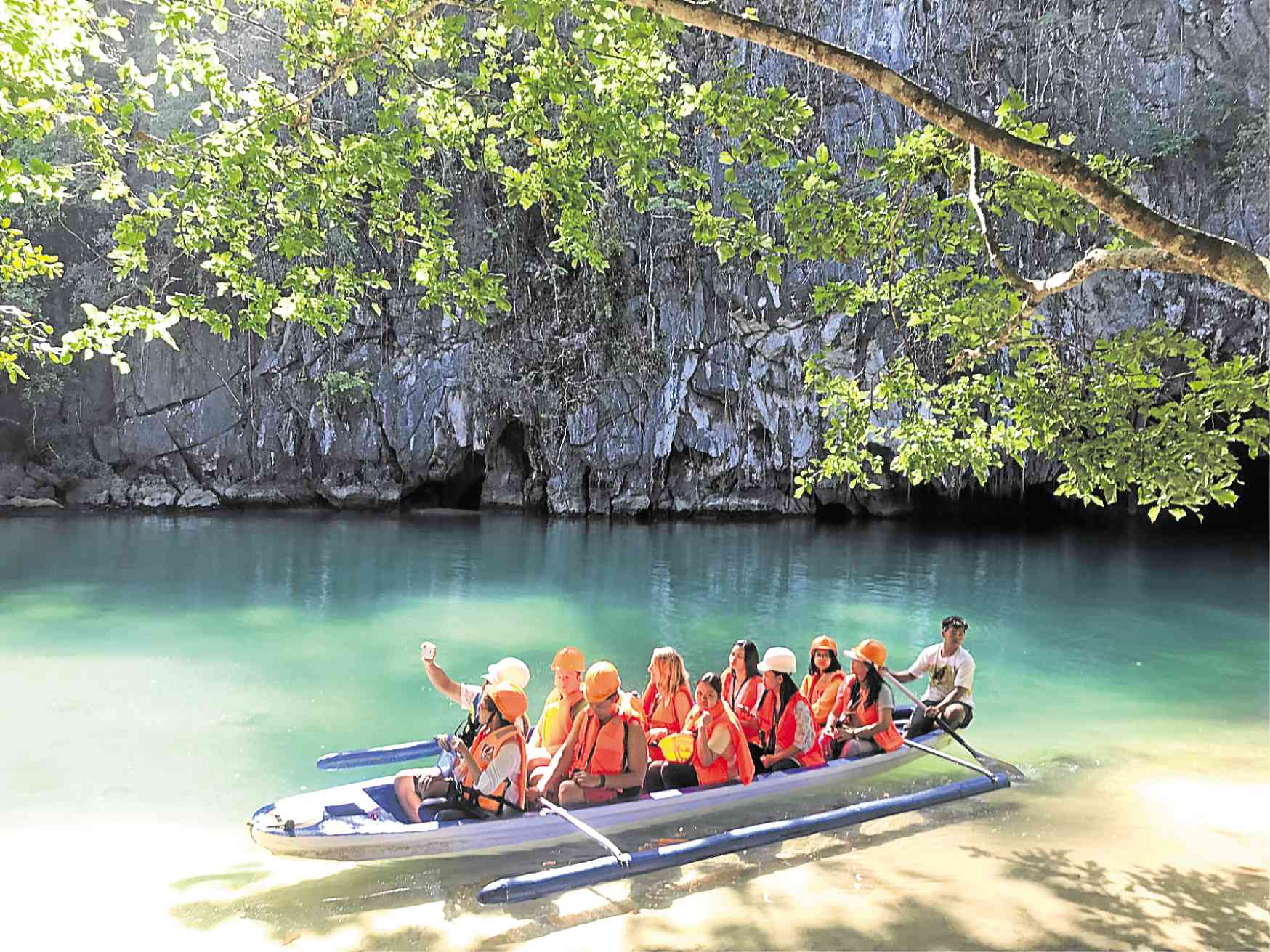 On the “waist” of the more than 400-kilometer stretch of Palawan sits Puerto Princesa City, the vibrant provincial capital developed amid lush forests and mangroves of the Philippines’ “last frontier.”

Traditional and adventurous travelers need just a weekend to sample the magic and charm of Puerto Princesa, and be satisfied with its nature, adventure, history, culture, traditional arts and local cuisine.

Start the first day with a hearty breakfast at any of the cafés at the city center, such as Itoy’s Coffee House, Café Ole or Eightynine Café, and mingle with locals and visitors enjoying “silog” (“sinangag at itlog,” or fried rice and egg) meals, freshly baked bread or fruits, and brewed coffee. 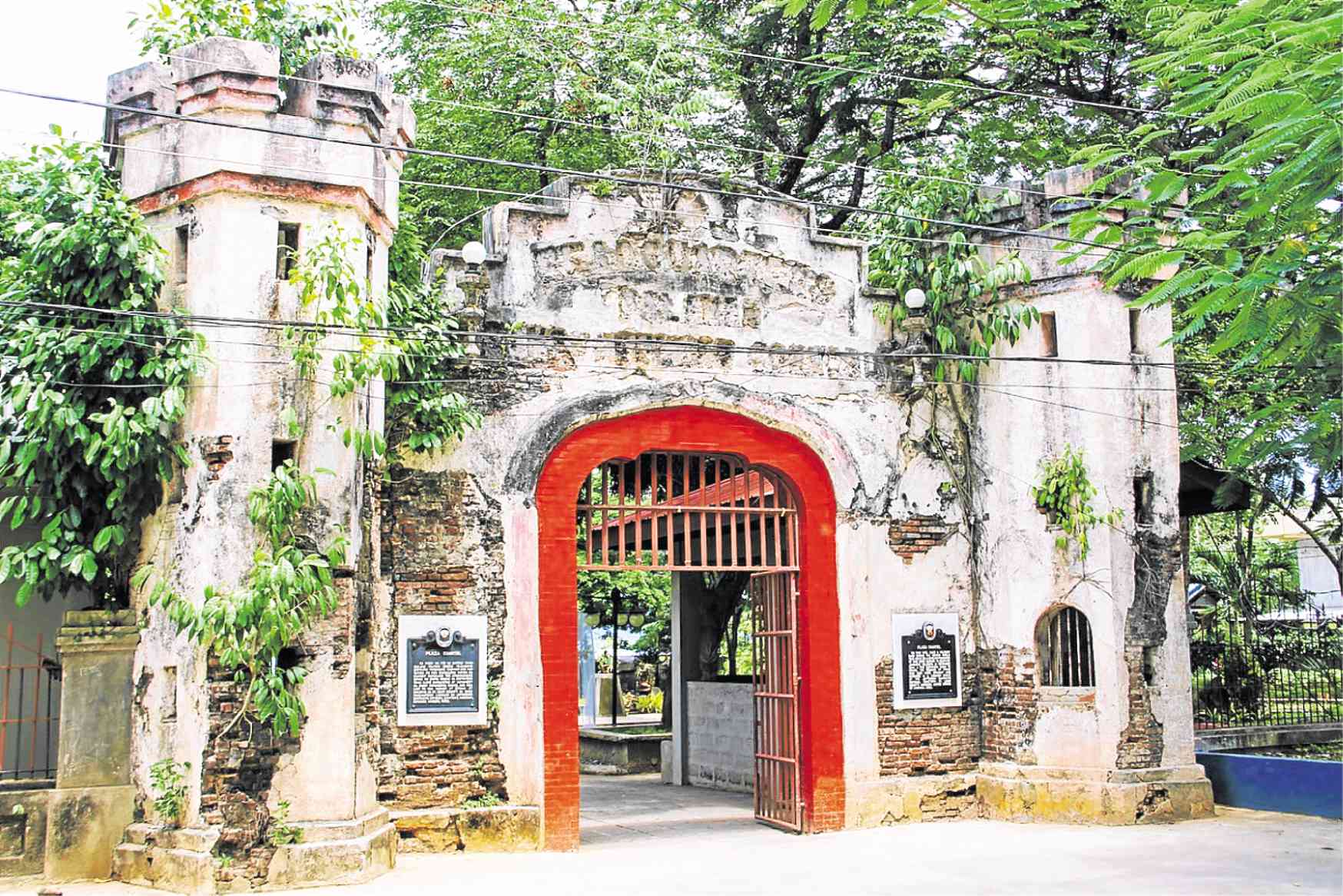 HISTORICAL SITE Plaza Cuartel is among the historical destinations at the city center of Puerto Princesa. NATALIE ROBINSON/CONTRIBUTOR

After the meal, take the historical tour of Plaza Cuartel, a camp where the Japanese occupation forces kept their American prisoners during World War II. A monument stands to honor the fallen.

Beside the Cuartel is Immaculate Conception Cathedral, the city’s biggest and oldest Catholic church where the first local Mass was held in 1872.

Enter Palawan Heritage Center at the provincial capitol, an informative modern museum that provides historic details and artifacts of Palawan. Cap the tour with a visit to World War II Museum. 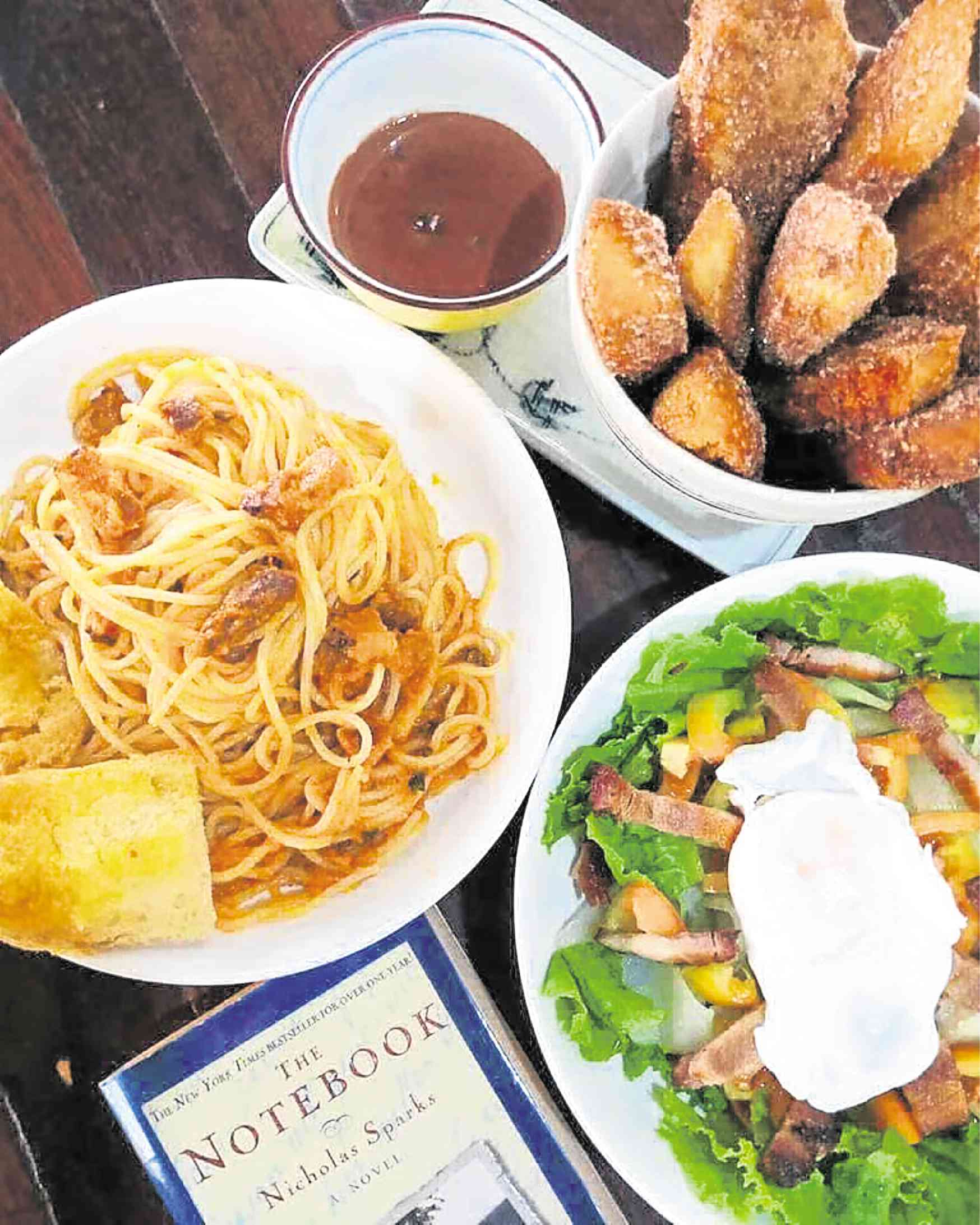 TASTE OF PALAWAN The picky eater will not be disappointed as the Palawan capital offers diverse cuisine. —PHOTO COURTESY OF KUSINA NI TITO ERNIE

For lunch, Ka Lui offers a seafood feast for both taste buds and eyes. Paintings, wooden sculptures and art installations by local artists line up the walls and every nook and cranny of the restaurant.

Diners are asked to take their shoes or sandals off at the entrance. They should make sure to have a reservation as the place is usually buzzing at lunch and dinner.

Meat lovers may choose to go to Ka Joel’s on Abanico Road—same touch but with meat choices on the menu.

In the afternoon, go to Iwahig Prison and Penal Farm, Puerto Princesa’s famous prison without walls. Interact with inmates who have turned to farming and carpentry. Handcrafted souvenirs made by inmates are sold here.

After the prison tour, head to Palawan Wildlife Rescue and Conservation Center, where some of Palawan’s endemic wildlife that had been rescued from poachers are brought and taken care of.

At Baker’s Hill, shop for pastries as “pasalubong.” A five-minute walk leads to Mitra’s Ranch, which offers a stunning panoramic view of Honda Bay from the balcony of the ranch of late Speaker Ramon Mitra Jr., a Palawan native. 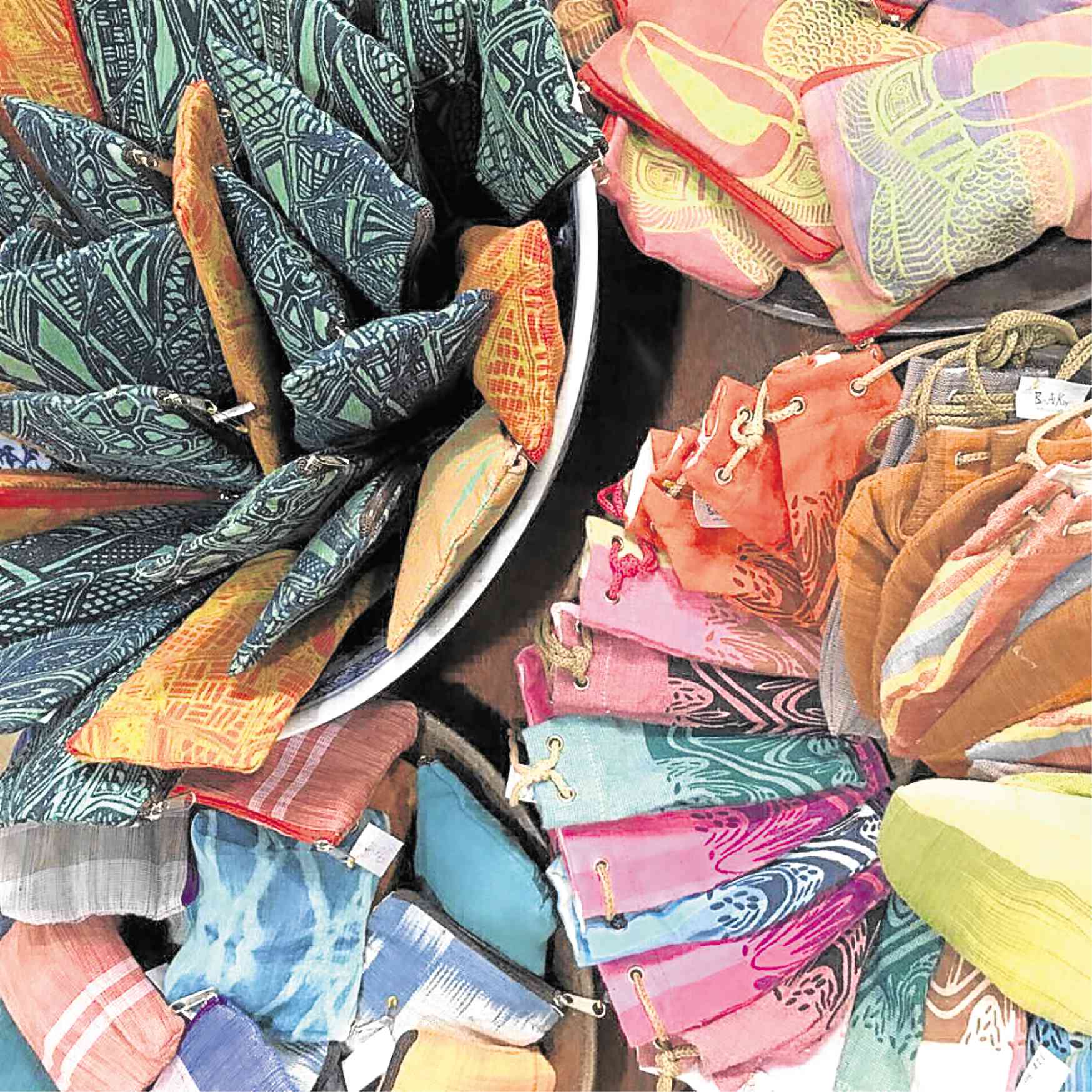 Visitors can also go horseback riding, and for the adrenaline junkies, try the zip line and bungee swing.

Another way to enjoy the afternoon after lunch is to drive for about 40 minutes northwest to Nagtabon Beach. Surf with the locals or simply enjoy a cold bottle of beer while listening to the sound of waves crashing on the shore at sunset. After all, this picturesque view is what Palawan is famous for.

Shopping for fashion? Visit Rurungan sa Tubod Foundation, a nonprofit group that provides livelihood for women from Palawan’s rural areas by teaching them “piña” weaving technology. From scarves to skirts and dresses, their products are a must-have in your closet.

In the same compound is the family-run restaurant Kusina ni Tito Ernie. The dishes are recipes passed through generations and served in generous portions. Must-try are their sandwiches; from bread to home-smoked bacon, everything is made by hand using carefully picked fresh ingredients. Don’t miss the camote with Malagos chocolate dip and the refreshing sampaloc juice.

For dinner, Kinabuchs Grill and Bar is a crowd favorite. It has a wide range of food choices, including “tamilok,” or woodworm—a slimy delicacy extracted from wood in swampy forests. It’s a regular resto scene to see tables cheering for someone to eat tamilok. Just chug it down with an ice-cold bottle of beer.

Nothing beats a good massage after a long day of driving and walking around the city. Check out Balai Princesa for an evening spa and fine dining. Either way, make sure to get enough rest for a nature- and adventure-filled trip the next day.

For Day 2, island-hopping and snorkeling in Honda Bay or a visit to the coastal village of Sabang to see one of the seven wonders of nature, the Puerto Princesa Subterranean River National Park.

The Sabang tour starts as early as 7 a.m. for a hotel pickup at the city center. After a two-hour van ride, arrive at the port of Sabang where a 15-minute boat ride takes visitors to the beach and forest leading to the underground river entrance. 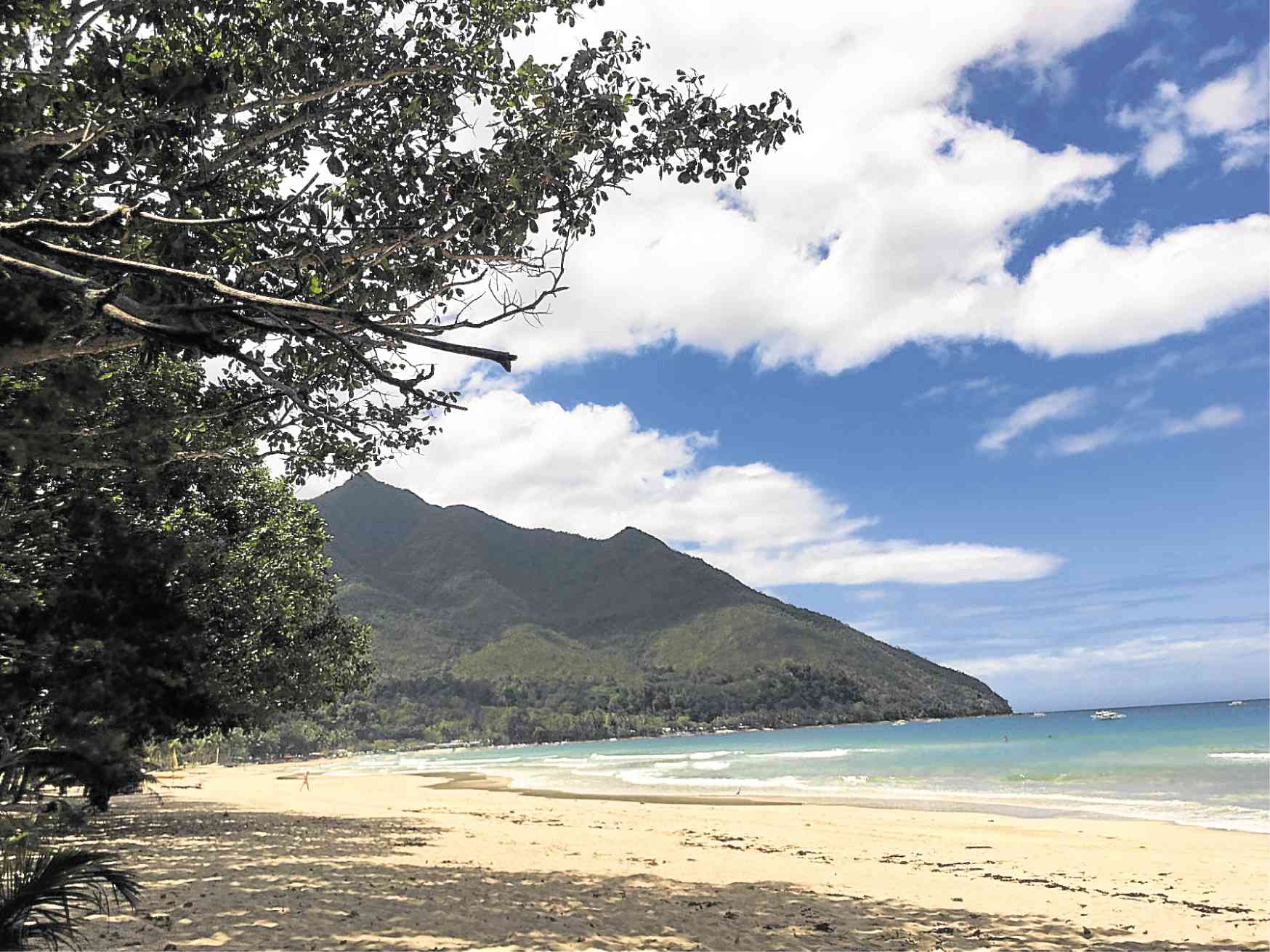 UNSPOILED The beach at Barangay Sabang is perfect for visitors who prefer to avoid crowded destinations.

Boatmen, who are trained as guides, bring groups of eight through at least 4 km of navigable stretch of the river. Some areas are closed to protect this delicate attraction.

Visitors must wear life jackets and helmets, and are given audio devices to guide them through the timeline of the underground river’s discovery and its natural attractions. Marvel at bats living in the cave, giant mounds of guano, and stalactites and stalagmites in different forms and figures—the “Holy Family,” fruits, vegetables and even the “Titanic.”

The underground river and mangrove tours in Sabang are great introductions to Palawan’s rich landscape. It’s hard not to miss monkeys and monitor lizards roaming freely. 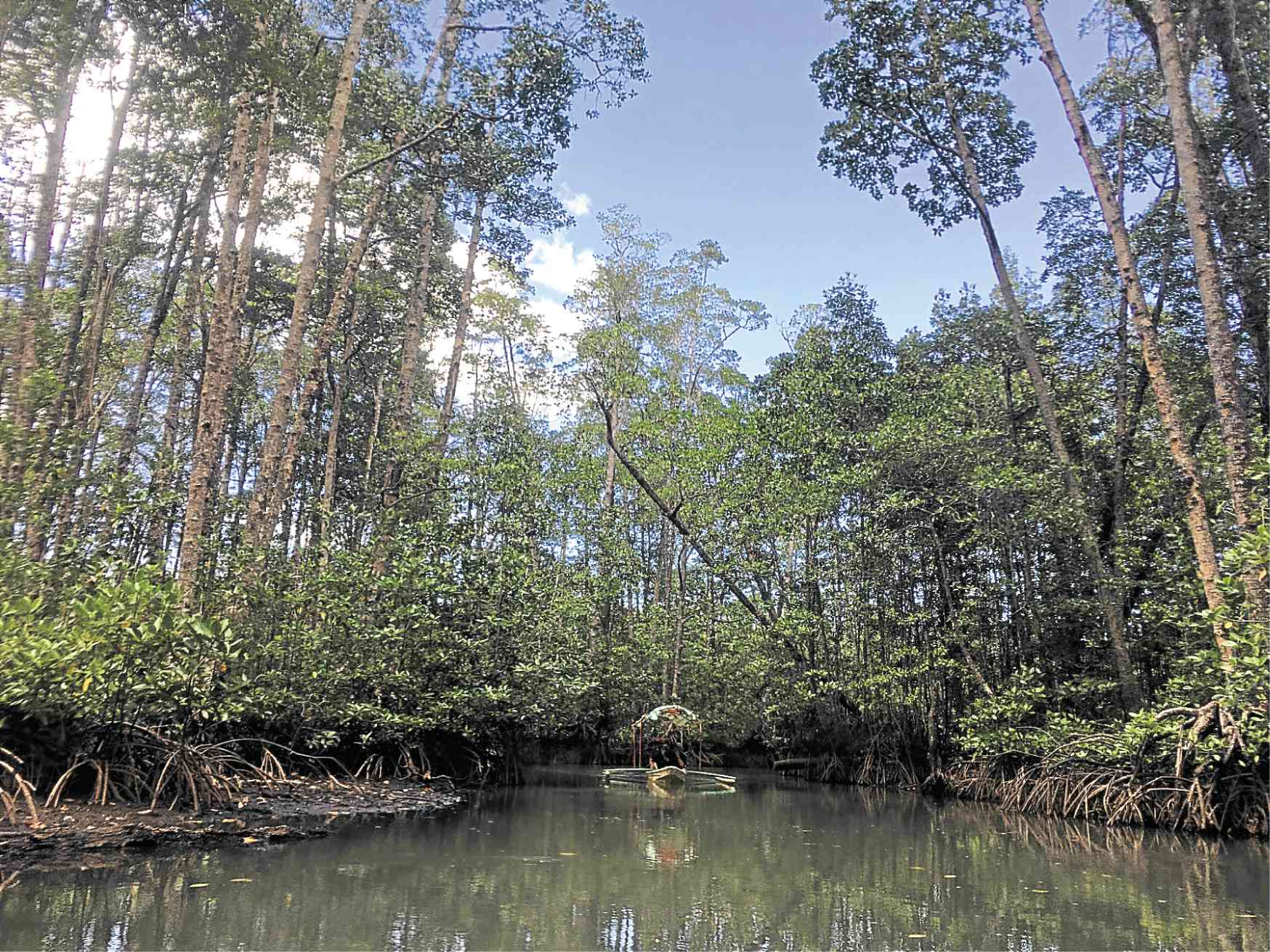 At right, the centuries-old mangrove forest in the same village is largely untouched and has been home to native monitor lizards, crabs, snakes, monkeys and a variety of fish. —PHOTOS BY ROBERT JAWORSKI L. ABAÑO

Sabang has spelunking activities for day trippers. Visit the Elephant Cave and the Hundred Caves, and Ugong Rock for a zip line choice.

Back to Puerto Princesa, take a fun detour to MAX Palawan and drive on a little adventure trail with an ATV. One may ride a kayak or paddle board in the river at the end of the trail.

After the exhilarating ATV ride, check out Viet Ville, a restaurant built from a former camp of Vietnamese refugees. Although the village has ceased to exist, the restaurant remains to serve authentic pho and banh mi.

Sample drinks are offered by Palaweño Brewery, the first and only craft beer maker in Palawan.

For dinner, go a little bit south and paddle on the Iwahig River for firefly watching. The tour comes with dinner buffet.

Check out two of the weekend markets featuring local and artisanal products for pasalubong.

To give your Puerto Princesa tour a twist, visit the Palawan NGO Network Inc. (PNNI) office to get a sense of the environmental challenges facing the province.

PNNI enforcers have confiscated over 700 chainsaws, three dozen dynamite and cyanide fishing boats, mining equipment, and several trucks and vessels in eight years of running after loggers and illegal fishers. All of these are on display in their museum.