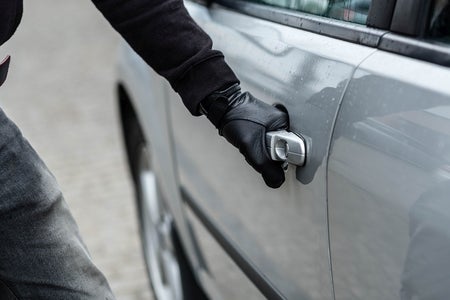 A man in Florida, USA, was rearrested just minutes after he was released from jail, for stealing items from a car.

Thirty-four-year-old Casey Michael Lewis was first booked into the St. Lucie County Jail after he was arrested at a retail store for grand theft, The Smoking Gun reported on Thursday. Hours after that arrest, he was freed.

After he was freed, however, cops became suspicious of Lewis as he was seen on surveillance cameras inspecting some cars at the jail’s parking lot.

According to an arrest affidavit, Deputy Neil Lettman confronted Lewis, who later surrendered a brown paper bag. The bag contained an iPhone 7, four packs of cigarettes, a debit card, a driver’s license of a woman and $547 cash (almost P28,500)—all stolen from one car.

Lewis was later arrested again for the crime, and charged with burglary, grand theft and possession of stolen property charges.

The suspect was later freed after paying $11,250 (around P586,000) in bail. As further stated, Lewis left the jail grounds without committing another crime. Katrina Hallare /ra

2 men trying on bulletproof vest shoot each other, later arrested