2 men arrested for shooting each other | Inquirer News

2 men trying on bulletproof vest shoot each other, later arrested 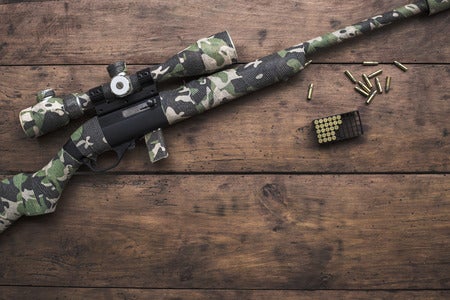 Two men in Arkansas, United States were arrested for shooting each other while they were taking turns trying on a bulletproof vest.

Benton County Sheriff’s Deputy Dorian Hendrix said he went to a hospital that day to investigate a man who had been shot six times while wearing a vest, as per another report by North Arkansas Democratic-Gazette.

Hendrix then interviewed Ferris, who said he was hired to protect another man, who he called his “asset.” They supposedly went into the woods that night when a man approached the asset and a gunfight broke out.

However, the story changed when Ferris’s wife told authorities that her husband and neighbor Hicks shot each other while they were drinking at the deck of their house.

Ferris later narrated how it all actually happened, saying that he was wearing a vest and asked Hicks to shoot him with a .22- caliber semi-automatic rifle. Ferris was hit on the top left corner of his chest.

Hicks then tried on the vest, and Ferris shot him five times on his back. The report further stated that no bullets penetrated Hicks.

Ferris said he lied because he did not want Hicks to get into trouble. He was later released from the hospital and arrested. Authorities caught Hicks in his home.

The two were later released on citation from the Benton County Jail, as per report. Their arraignment is scheduled on May 13. Katrina Hallare/JB