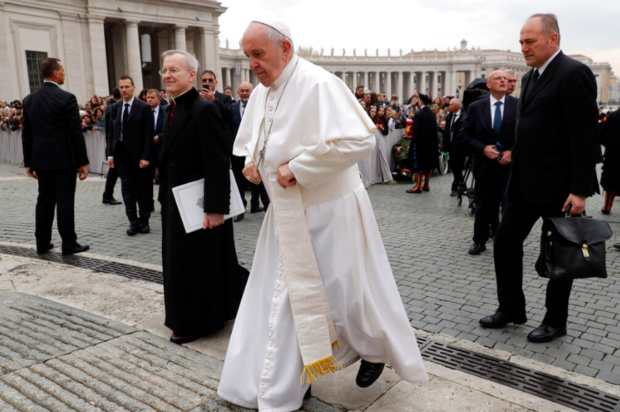 Pope Francis arrives for his weekly general audience, in St. Peter’s Square, at the Vatican on April 3, 2019.  AP

The Vatican said Friday that Francis had asked an Italian nun who rescues migrant women forced to work as prostitutes to compose the meditations. They will be read aloud at the torch-lit ritual re-enacting Christ’s crucifixion at Rome’s Colosseum on April 19, the Friday before Easter.

Sister Eugenia Bonetti is a well-known campaigner in the field of human trafficking.

Francis has frequently denounced migrant smugglers as “merchants of human flesh,” who exploit the most desperate in society for their own gain.

Earlier this week, the Vatican announced details of another Holy Week ritual, saying Francis would travel to a prison outside Rome to celebrate the Holy Thursday washing-of-the-feet with 12 inmates. /ee