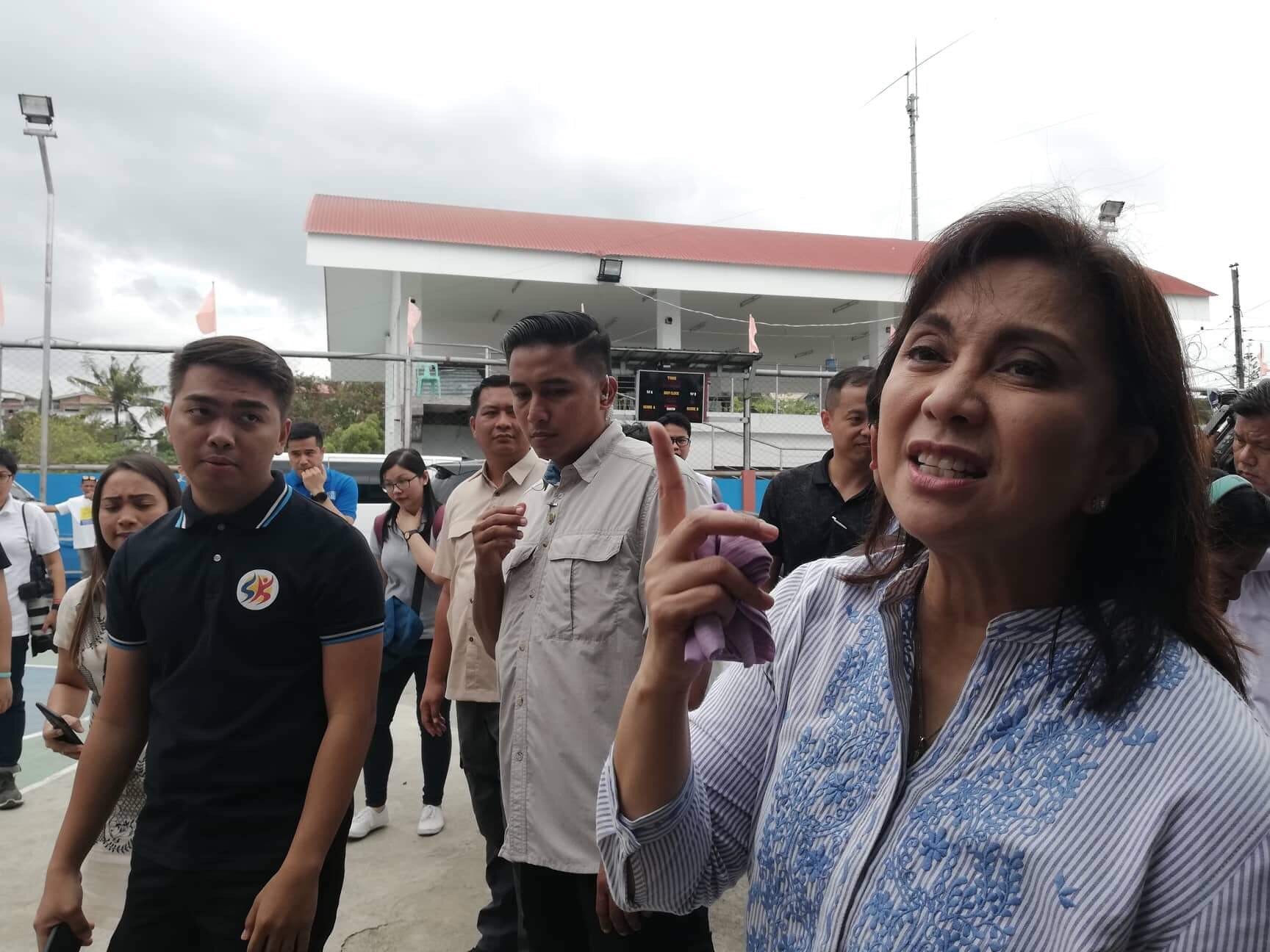 Vice President Leni Robredo said on Friday that it was unconstitutional for President Rodrigo Duterte to declare a revolutionary government. Leo Udtohan/Inquirer Visayas

“Medyo nagulat ako dahil abogado siya at alam niya labag ito sa Constitution. (I was surprised because he’s a lawyer and he knows that this is against the Constitution),” said Robredo who was in this city on Friday morning for the launching and presentation of the sectoral agenda of Ahon Laylayan Coalition.

Otso Diretso candidate lawyer Romy Macalintal earlier said that if Duterte declared a revolutionary government, he ceases to be the president.

In case this happens, Robredo said she’s ready to take over.

(Anyone who aspires for the seat of Vice President must be ready for any eventuality because that’s the mandate of the office).