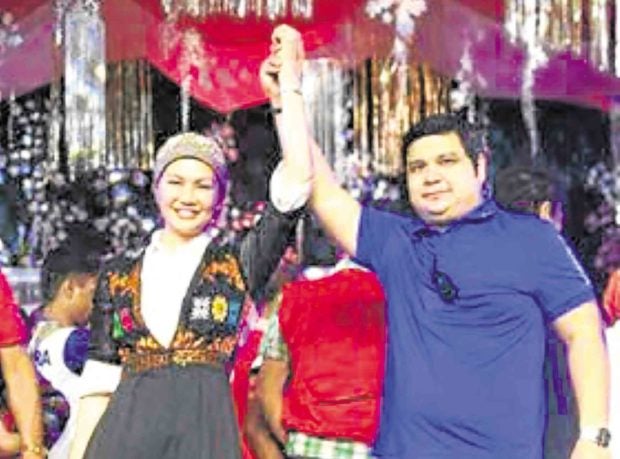 SULTAN KUDARAT, MAGUINDANAO — Ten years ago, it would have been unthinkable: Some members of the Mangudadatu clan sharing the same space with the Ampatuans for a grand “kanduli” (thanksgiving).

Bitter enemies for decades that came to a head that bloody morning of Nov. 23, 2009, when 58 people—at least 30 media workers and four members of the Mangudadatu clan—were killed in the infamous Maguindanao massacre, a group from the Mangudadatu clan has opted to break bread with the Ampatuans, who were blamed for the 2009 carnage.

Bai Mariam Mangudadatu led the grand kanduli on April 1 in Sultan Kudarat town, Maguindanao. The event united the five ruling clans of the province—Mastura, Sinsuat, Midtimbang, Ampatuan and her side of Mangudadatu.

Bai Mariam is the daughter-in-law of Gov. Datu Pax Mangudadatu of Sultan Kudarat province. The governor is the uncle of outgoing Maguindanao Gov. Esmael “Toto” Mangudadatu. Toto’s wife and two sisters were among those killed in the 2009 massacre.

Bai Mariam is seeking the gubernational seat of Maguindanao under the Nacionalista Party, with the blessing of her father-in-law, Datu Pax.

Datu Pax is not seeking any post in the May 13 polls but is backing his son and Bai Mariam’s husband, Sultan Kudarat Rep. Suharto “Teng” Mangudadatu (National Unity Party), to succeed him as provincial governor.

Toto, whose term ends in June, however, wants his brother Freddie, the outgoing mayor of the town bearing their family’s name, to replace him, not Bai Mariam. Freddie’s bid for governor of Maguindanao is backed by the administration party PDP-Laban while Toto is running for representative of the second district of Maguindanao, also under PDP-Laban.

The rift between the two Mangudadatu groups widened amid the decision of the Pax-Bai Mariam-Teng faction to forge an alliance with the Ampatuans.

On the municipal level, most of the Mangudadatus are running unopposed. The same is true with the Ampatuans and the other influential clans of Maguindanao, which have agreed to stay away from each other’s turf.

Among Bai Mariam’s newfound allies, Datu Sajid Islam Uy Ampatuan is running unopposed for mayor of Datu Saidona Mustapha town. Datu Sajid is one of the suspects in the 2009 killings.

He was imprisoned for five years for 58 counts of murder before he was allowed to post a P11.6 million bail in 2015. He ran for mayor of Shariff Aguak in 2016 but lost.

“The oppression of the Ampatuans is about to end,” Datu Sajid said during the kanduli.

Mayor Zihan Mamalinta-Mangudadatu, sister-in-law of Toto, and her running mate, Dante Mamalinta, are also without opponents in neighboring Pandag town.

In Mangudadatu town, Toto’s sister, Elizabeth Mangudadatu-Tayuan, and nephew, Prince Mangudadatu-Dilangalen, have no rivals in the mayoral and vice mayoral contests, respectively, as candidates of PDP-Laban. The mayoral aspirant is the younger sister of Freddie.

While Freddie will face Bai Mariam in the gubernatorial race, Toto is believed to be the strongest contender for the second congressional district seat, which will be vacated by his younger brother, Rep. Zajid “Dong” Manguadadatu. Dong is running for senator under the alliance of PDP-Laban and Hugpong ng Pagbabago.

Paglat Mayor Abdulkarim Langkuno has no opponent in his reelection bid. He completed three terms as mayor in 2013 and was succeeded by his wife Zulaika, who served one term. In 2016, Langkuno returned as mayor by running unopposed.

In Datu Anggal Midtimbang town, Mary Joy Uy-Midtimbang is the lone candidate for mayor. She is the wife of incumbent Mayor Nathaniel Midtimbang, who is running against Toto in the congressional race.