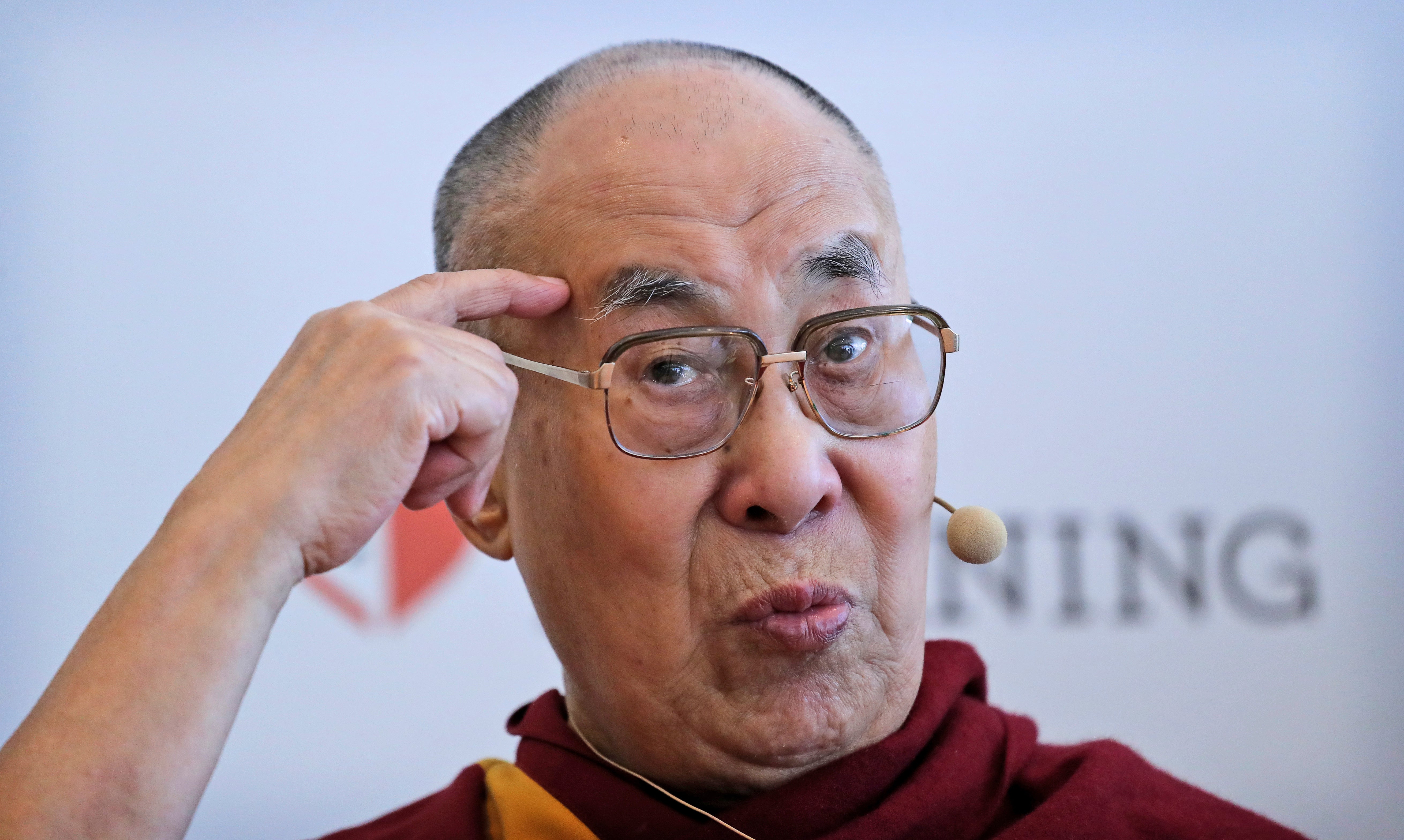 Tibetan spiritual leader the Dalai Lama speaks during a press conference after talking to an audience of educators, in New Delhi, India, Thursday, April 4, 2019. The Dalai Lama says he has been seeking a mutually acceptable solution to the Tibetan issue with China since 1974 but that Beijing considers him a “splittist.”(AP Photo/Manish Swarup)

NEW DELHI — The Dalai Lama on Thursday praised New Zealand Prime Minister Jacinda Ardern for her compassionate handling of a recent attack on two mosques by a gunman that left 50 Muslim worshippers dead in Christchurch.

The Tibetan spiritual leader said others could learn from her.

“I really admire the New Zealand prime minister. She is wonderful,” he told reporters in the Indian capital, where he addressed a conference of educators and students.

He said the killing of worshippers in New Zealand was an example of what hatred can do to people.

“She really tried to tackle this problem through nonviolence, through compassion and through mutual respect. I really admire her. I think that’s one living example.”

He reiterated he is not seeking independence for Tibet, but would prefer a “reunion” with China under mutually acceptable terms.

“I prefer Tibet remain within the zone of China. Some kind of reunion,” he said.

He added Chinese and Tibetans could live side-by-side, with China helping Tibetans economically and gaining from their knowledge.

The 83-year-old Dalai Lama has been living in exile in India since a failed 1959 uprising in Tibet.

China claims Tibet has been part of its territory for more than seven centuries.

The Dalai Lama said he developed direct contact with the Chinese leadership in 1979, but little progress has been made since because China still thinks he is seeking independence for the region. /kga