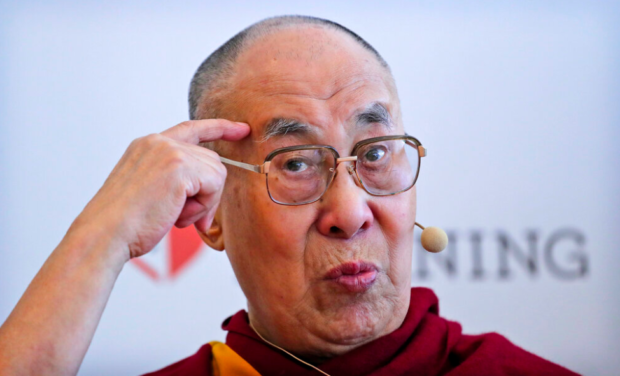 Tibetan spiritual leader the Dalai Lama speaks during a press conference after talking to an audience of educators, in New Delhi, India on April 4, 2019. AP

NEW DELHI — The Dalai Lama reiterated Thursday that he is not seeking independence for Tibet, but would prefer a “reunion” with China under mutually acceptable terms.

“I prefer Tibet remain within the zone of China. Some kind of reunion,” the Tibetan spiritual leader told an audience of educators and students in New Delhi.

He added that Chinese and Tibetans could live side-by-side, with China helping Tibetans economically and gaining from their knowledge.

The 83-year-old Dalai Lama has been living in exile in India since a failed 1959 uprising in Tibet.
China claims Tibet has been part of its territory for more than seven centuries.

The Dalai Lama said he developed direct contact with the Chinese leadership in 1979, but little progress has been made since because China still thinks he is seeking independence for the region. /ee