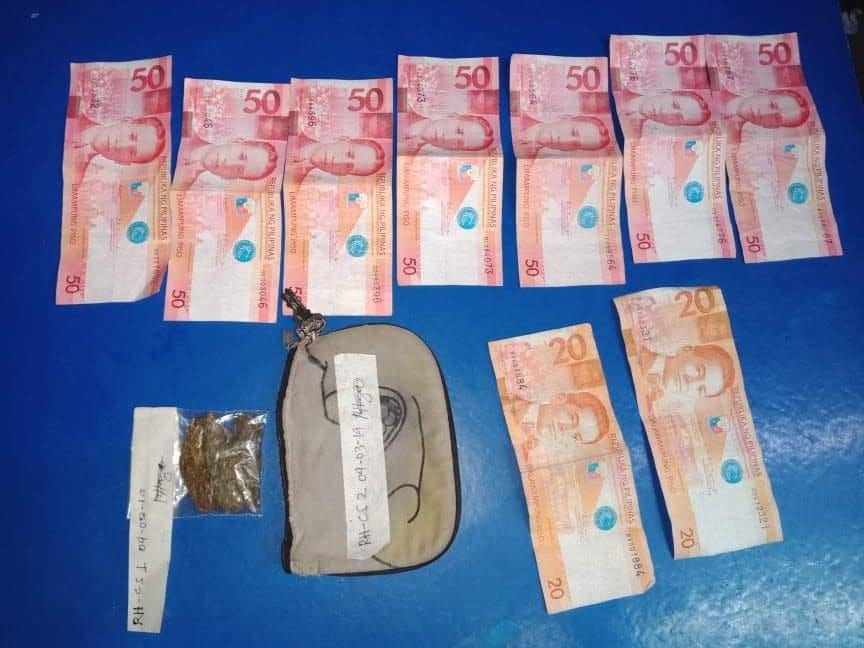 This photo provided by the police shows the alleged dried marijuana leaves (lower left) and money seized from a student at the LRT Cubao station on Wednesday, April 3, 2019. PHOTO FROM CUBAO POLICE STATION

MANILA, Philippines — A 20-year-old student was arrested after a private watchman caught him carrying suspected marijuana as he tried to enter the Cubao station of the Light Rail Transit 2 on Wednesday night, police said.

Caliao said Salome refused to disclose the name of his school.

Investigation showed that security guard Roberto Hagoot was at his post at the LRT station when he inspected the belongings of Salome and found a small ziplock plastic sachet with the suspected dried marijuana leaves.

Police said apart from the alleged marijuana worth about P150, Salome also yielded a gray coin purse with P390 cash.

The student faces charges for violating the Comprehensive Dangerous Drugs Act of 2002. /cbb