Earlier, the MPD and rescue units simulated a bombing and an active shooting incident outside the Manila Cathedral and the San Agustin Church in Intramuros to ensure public safety during the coming Holy Week. 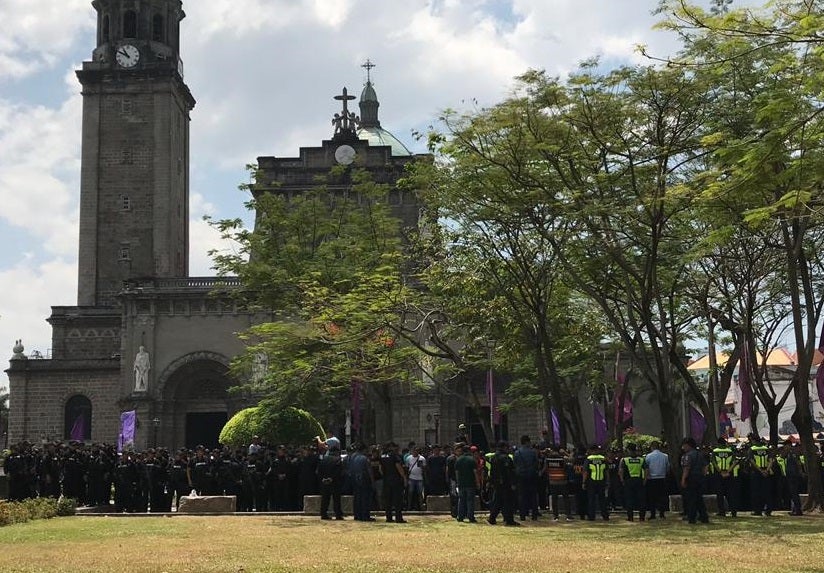 Participants of the bombing and active shooter simulation exercises gather at Plaza Roma in Intramuros, Manila, on Thursday, April 4, 2019, to assess the security preparation for the Holy Week. INQUIRER.NET / RYAN LEAGOGO

Eleazar said the bomb simulation would help policemen and rescue units to prepare for possible incidents such as the twin blasts that rocked the Catholic cathedral in Jolo, Sulu, on Jan. 27.

The NCRPO chief also assured that there are no threats against churches but noted that Metro Manila police officers should still prepare for any untoward incidents that may occur during the Holy Week.