Estrada or Zamora: Who has Duterte’s support? 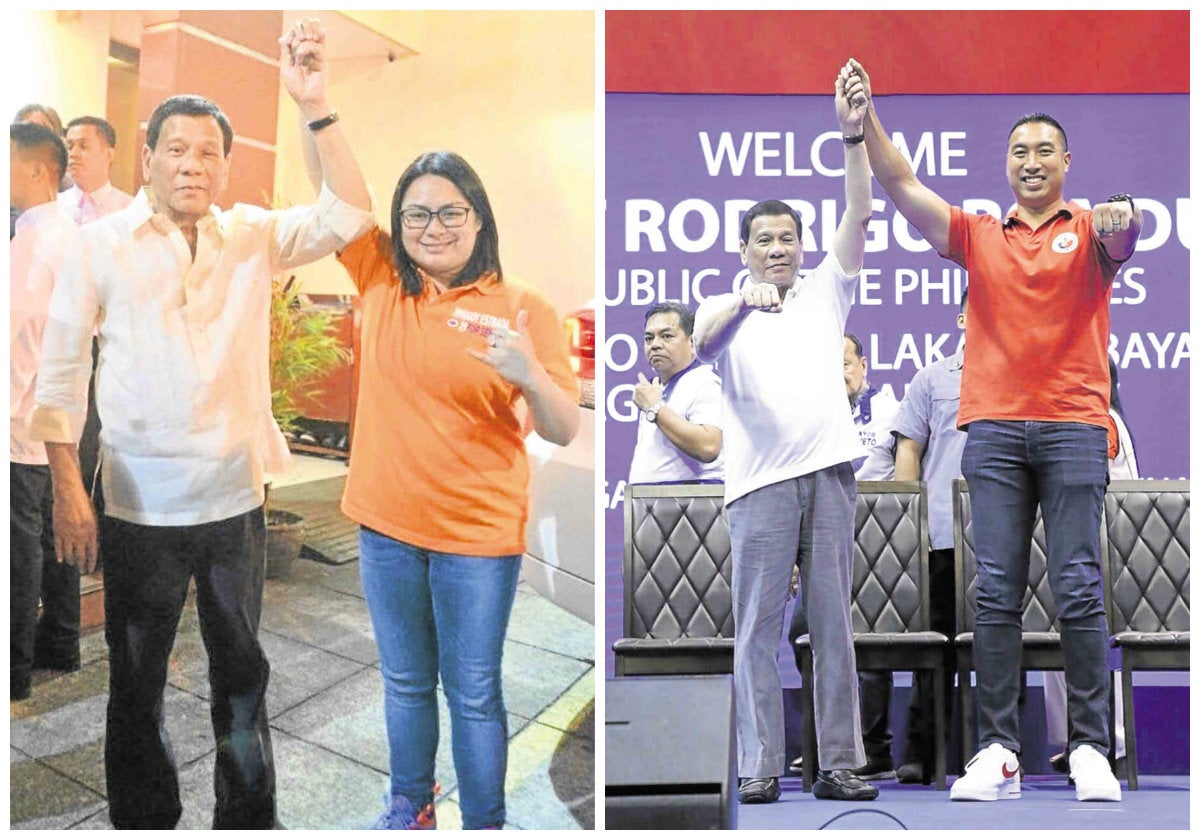 MANILA, Philippines — With the past and present vice mayors of San Juan both claiming to have the support of President Duterte in their bid for the city’s highest post, who will voters believe?

The official Facebook page of Francis Zamora features a photo of President Duterte raising the former city vice mayor’s right hand during a visit to Biñan, Laguna province, on Feb. 23.

But incumbent Vice Mayor Janella Ejercito Estrada’s public FB account also shows her in a similar pose with the country’s chief executive. The caption reads: “Thank you so much President Duterte for the honor and trust you have given [me].”

The photos may prompt some to wonder where the President’s loyalties lie — with Zamora, his Partido Demokratiko Pilipino-Lakas ng Bayan party mate, or with Estrada, who is formally supported by his daughter, Davao City Mayor Sara Duterte.

Zamora said on Wednesday, however, that the answer was unmistakable.

“I know that I am the official candidate,” he told the Inquirer. “I have no insecurities about it. It is as clear as the sun that it is me.”

Zamora, the PDP-Laban secretary general in San Juan City, stressed that he had secured the party’s lone certificate of nomination and acceptance for the position.

He added that PDP-Laban president Sen. Aquilino Pimentel III had personally facilitated his endorsement from the President.

The President, who overwhelmingly won in San Juan City with 25,922 votes in the 2016 presidential elections, is national chair of PDP-Laban.

Rhomel Pinca, Estrada’s media coordinator, told the Inquirer that the vice mayor had considered the President’s hand-raising gesture a formal endorsement of her candidacy. A separate photo of the President with his arm around Estrada, according to Pinca, spoke “a thousand words.”

“President Duterte raised the hand of [Estrada] of his own volition,” Pinca said. “Maybe he realized that she was worthier of his endorsement because of her determination to fight drug addiction and reform drug victims.”

As vice mayor, Estrada is the administrator of the City Anti-Drug Abuse Council, a perch she said she used to further the President ’s war on drugs.

Pinca told the Inquirer that Estrada’s photos with the President were not taken at an official function.

On the other hand, Zamora said that he had received the President’s blessing onstage at an official event, “in front of almost 15,000 people,” while flanked by PDP-Laban senatorial candidates.

He added that the President had also raised the hand of Jinggoy Estrada, Janella’s father, which presidential spokesperson Salvador Panelo later described as only an act of “courtesy” after the President dropped the elder Estrada from his senatorial slate.

The squabble over the President’s endorsement is not unique to San Juan. In neighboring Quezon City, the two major candidates vying for the top post, Vice Mayor Joy Belmonte and Rep. Vincent Crisologo, have also publicly disputed who really has the President’s backing.